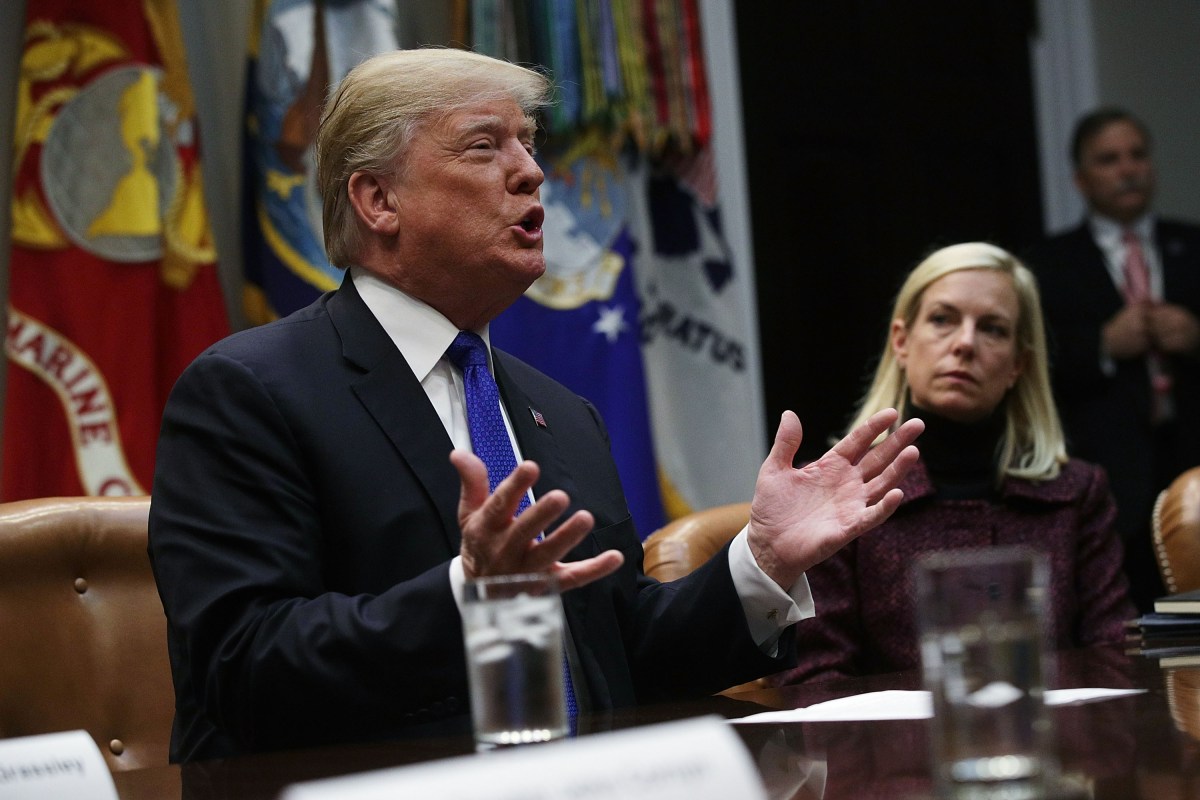 Donald Trump has been nominated for a Nobel Peace Prize by eighteen House Republicans for his “work” in North Korea. The effort is spearheaded by Rep. Luke Messer (R-Ind.), who wrote in the nomination letter that “President Trump’s peace through strength policies are working and bringing peace to the Korean peninsula. We can think of no one more deserving of the Committee’s recognition in 2019 than President Trump for his tireless work to bring peace to our world.”

Today, 17 of my House colleagues joined me in nominating @realDonaldTrump for the 2019 Nobel Peace Prize. pic.twitter.com/TJpJKW9JGH

No one more deserving. No one. Not a single soul on this great green earth can measure up to the accomplishments of one Donald John Trump, protector of Koreans, bringer of peace, literal white dove with olive branch in his deep-fried talons.

Inspired by this news, we here at The Mary Sue are nominating members of Trump’s cabinet for our own awards show. It’s our extreme pleasure to announce the following nominations for this esteemed gallery of heroes. Just remember: It doesn’t matter who wins, because we’re all losing.

The Repressitol Award for Outstanding Heterosexuality and Straightitude: Mike Pence

This award celebrates the outstanding heterosexuality of Vice President Pence, a man so straight that he wraps his entire body in scripture-approved spandex to keep his suit from touching his manly manly skin. After all, he’s not married to Brooks or his Brothers, so no touching! The conversion therapy proponent will receive his non-phallic award from a male presenter in a totally straight way don’t worry about it. This award is sponsored by new straight performance-enhancing drug Repressitol.

After years of White House press secretaries responsibly disseminating information to the press corps, our girl Sarah done changed the game. In her brusque monotone, Sanders radically re-invents the journalistic tradition by offering no answers and constantly questioning the veracity and integrity of the fourth estate. What a revolutionary! You want straight answers about policy, scandals, or even the most mundane details of the administration? Not today, motherfucker.

The Showing Up Award for Feminism and Integrity: Ivanka Trump

Remember when the press was calling Ivanka Trump the feminist voice of the reason in the White House? Those were fun times. Ivanka is currently hard at work on equal pay for women, paid maternity leave, and other projects that benefit the American family. At least, that’s what we think she’s up to … it’s hard to tell what that stone cold Slytherin goddess is up to under that invisibility cloak! All good things, we’re sure.

The Hexxus Award for Environmental Safety and Conservation: Scott Pruitt

The head of the EPA is a vitally important position designed to keep lobbyists like Big Potable Water and Big Oxygen in check. FINALLY, someone is taking down these special interest groups. Pruitt is so into financial conservation, he’s only paying $50 a night to sleep in an energy lobbyist’s condo. The award, a white rhinoceros horn encrusted with conflict diamonds, is sure to look gorgeous over Pruitt’s new bullet-proof fireplace.

And of course, no awards show would be complete without an In Memoriam segment, where we say goodbye to those stars who burned too bright.