Don’t Worry, Everybody! Donald Trump, Ben Carson, and the MyPillow Guy Have a New Unproven Coronavirus “Cure” for Us 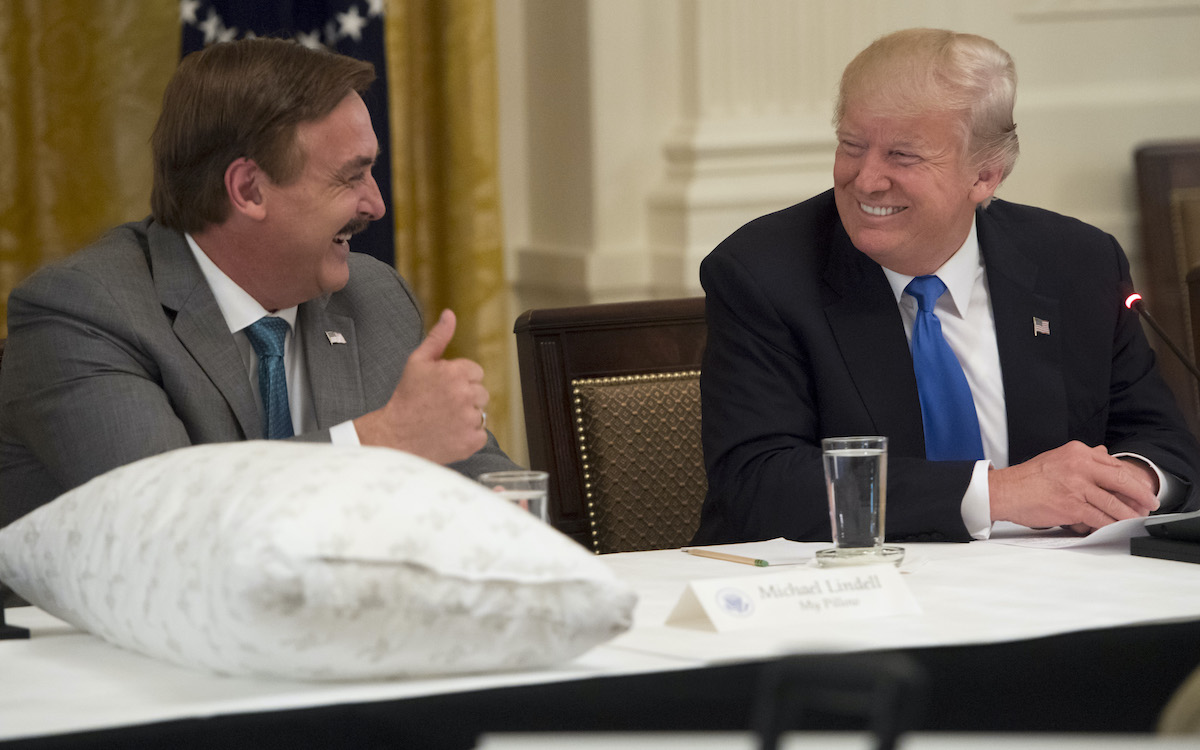 Last month, Mike Lindell–also knows as “the MyPillow Guy”–reportedly told Trump about the purported but unfounded potential of extract from the oleander plant in treating the coronavirus. Lindell told Axios that by the end of that meeting, Trump “basically said: … ‘The FDA should be approving it.'”

Lindell is a strange fixture in Trumpworld. Ads for his bedding products (which have an F rating from the Better Business Bureau) are a constant presence on Fox News. He’s been invited to speak at coronavirus task force press conferences, where he’s praised Trump’s leadership. And Trump has reportedly been encouraging him to run for public office for quite some time.

But why is the CEO of a pillow company pushing a medical treatment to the president of the United States? Obviously, it’s because he’s positioned to benefit financially, having recently taken a stake in Phoenix Biotechnology, the company that manufactures the product.

Phoenix Biotechnology’s director Andrew Whitney told Axios that oleandrin (oleander extract) has been tested on humans, but that study has not been published or peer-reviewed yet, meaning it’s way too early for Trump (or anyone) to be promoting its use publicly. That the oleander plant is so toxic there was a whole book and movie about using it to murder someone is also bound to raise some concern when being pushed by an anti-science president, a man who got famous for making a pillow, and Ben Carson, Trump’s Secretary of Housing and Urban Development, who was also in that Oval Office meeting last month.

Carson’s involvement in Trump’s coronavirus task force has long been meant to legitimize the team, which also includes Mike Pence, Jared Kushner, and others with no medical expertise at all. But Carson, while a doctor, was a pediatric neurosurgeon, with no experience in infectious diseases and no special knowledge of antiviral medicine.

You’ve gotta give Ben Carson credit for challenging our societal stereotypes; he is really disproving the notion that “brain surgeon” = “smart”

In defending himself and his company against questions of legitimacy and safety, Whitney made the odd choice to claim freedom of speech. In regard to public health.

“Now, there are all sorts of lawyers who would tell me I can’t say things like that, because you know you need to have years of studies, and you need to have this, that, and the other, and so forth,” Whitney told Axios. “But as an American with a right of free expression, I’m telling you, I’ve seen it with my own eyes.”

That’s not how medicine works! Yes, the lawyers would tell you you need years of studies because you do. And freedom of expression doesn’t protect you from making baseless medical claims!

“Whitney said that by ‘cure’ he means the symptoms go away quickly ‘in the vast majority of cases,’ writes Axios because yes, in addition to the naturally high recovery rate of COVID-19 that I’d imagine Whitney’s tests are probably exploiting, symptoms of any kind do tend to go away pretty quickly when you poison yourself to death.