No Matter Your Opinion on John McCain, Trump’s Pettiness Reveals a Despicable Hypocrisy 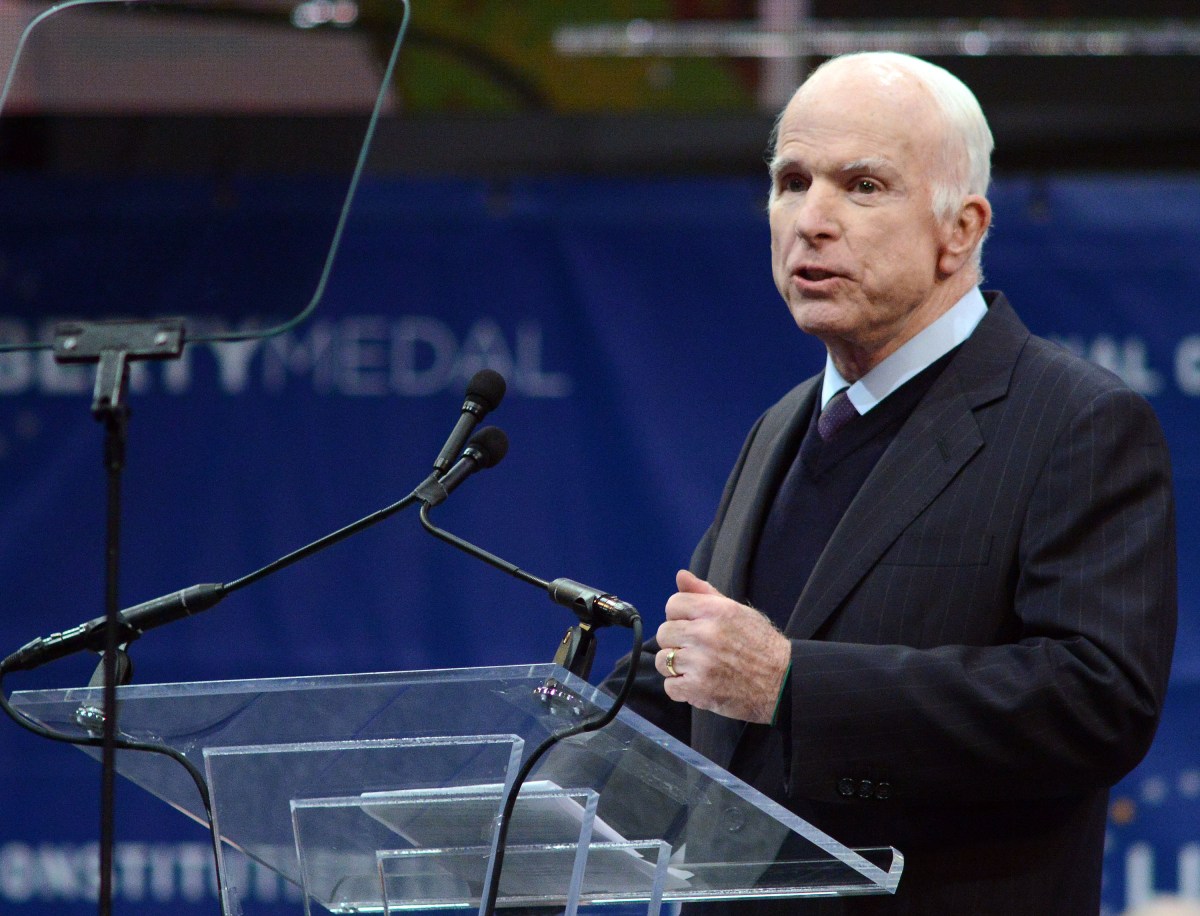 Upon the death of Sen. John McCain on Saturday, Donald Trump sent out a single tweet that read, “My deepest sympathies and respect go out to the family of Senator John McCain. Our hearts and prayers are with you!” (It also appeared on his Instagram over a photo of … himself.) He has since tweeted and retweeted his own longer posts about Tiger Woods, the Fake News Media, and Crooked Hillary Emails.

The message was short and while some might argue he managed the amazing task of not working in his skewed poll numbers, new reports are detailing the multiple ways the White House is completely disregarding the ritual and procedure that traditionally accompanies the death of someone like McCain.

Something important to note: this is not a statement about how John McCain should be remembered, nor is it a defense of McCain’s actions during his life. This is not an argument for or against John McCain’s legacy as a “war hero,” his impact as a politician who voted to stop the Obamacare repeal and against MLK Day and same-sex marriage, or about him saying “No, ma’am. He’s a decent family man” to a woman who called Obama an Arab. This is about the President of the United States, a man who once said “I like people that weren’t captured” in regard to McCain’s past experience as a prisoner of war, having an ego so enormous he can’t perform simple professionalism.

First, the statement itself: CNN reports that White House aides had drafted a “fulsome statement” for Trump to release on the death of John McCain. However, despite the statement going through an approval process, it was never released. The CNN article quotes the Washington Post, which claims that Trump went against the advice of senior aides and chose to post a tweet instead. It also notes that there was no preparation for a televised statement on McCain’s passing, which CNN points out would have been “routine”.

This might stem largely from the fact that McCain requested that Donald Trump not be invited to his funeral, while both Barack Obama and George W. Bush will be delivering eulogies for the late senator. Sarah Sanders didn’t give a definitive answer about whether or not Trump will attend McCain’s funeral, which many are taking to be a big “no.”

Next: the flag. Many outlets and observers, including CBS pointed out that the White House raised their American flag back to full mast last night, which disregards the Flag Code which states they be lowered “on the day of death and the following day for a Member of Congress.” In contrast, the U.S. Capitol, Washington Monument, and other buildings are still flying their flags at half-mast.

Again, this is not about the Flag Code itself and whether blind adherence to it is a sign of goodness and patriotism. This is about the hypocrisy regarding someone who repeatedly yells about respecting the flag, but doesn’t hold those standards to himself when it comes to his personal feuds. This is about a man who constantly talks about supporting veterans and armed forces, and then repeatedly insults a man who was held as a prisoner of war for five and half years.

The next time Trump pretends to support any of these things, or pretend to advocate on behalf of any of these groups, just remember this petulant and petty hypocrisy when it came to John McCain’s death.