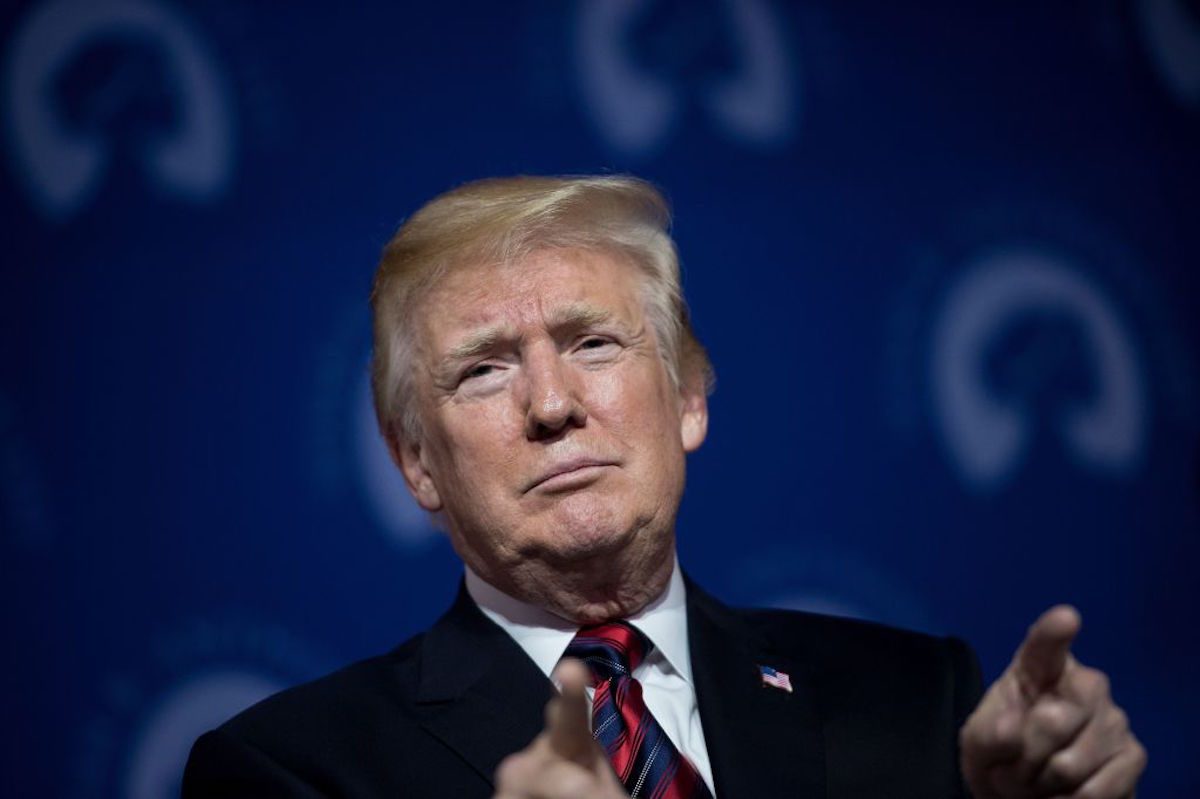 No one is surprised that Donald Trump has an organized crime family mentality—no one who knows anything about him outside of his starring role as an asshole boss on The Apprentice, anyway. He prizes loyalty above all else, which was the major sticking point in his conversations with fired FBI Director James Comey. So, we’re also not surprised that he’s trashing Michael Cohen for taking a plea deal and providing inconvenient information about him, while Paul Manafort, also now a convicted criminal, is a good man deserving of pity.

No one is even surprised that Trump thinks it’s unfair that Paul Manafort can be convicted of crimes he committed just because those weren’t the specific crimes Trump thinks the investigators were supposed to be looking for. I’m sure Al Capone—a man who’s been on Trump’s own mind recently—was equally annoyed that he could be brought down for the tax evasion that he was absolutely guilty of, because that’s not really why anyone really wanted to prosecute him. That’s cheating!

But what does still manage to seem a little unusual is just how bold Trump is in making those feelings known. He kept himself contained at last night’s rally in West Virginia, instead choosing to go off on a truly strange tangent about “gestation” times for “deals” and how they’re like cooking turkey:

WHAT IN THE ACTUAL FUCK IS THIS WHAT IS HAPPENING RIGHT NOW pic.twitter.com/okdI2NIbE0

In his usual daily “executive time” tweets, on the other hand, he took his separate responses to Cohen and Manafort and spelled out the reasoning for his differing responses as plainly as possible. The responses on their own already made it pretty clear, but Trump has never been one to use his words economically. He wrote, “I feel very badly for Paul Manafort and his wonderful family. ‘Justice’ took a 12 year old tax case, among other things, applied tremendous pressure on him and, unlike Michael Cohen, he refused to ‘break’—make up stories in order to get a ‘deal.’ Such respect for a brave man!”

Of course, he asserted that the information that Cohen gave up—and would like to continue giving up to special counsel Robert Mueller and his team—was just made up to get his plea deal, but the overall message was pretty clear: snitches get stitches, and sacrificing yourself for the team makes you brave. You can bet that Trump would feel very differently about whether Cohen deserved his legal troubles if he’d stayed quiet, and the same goes for Manafort if he’d “flipped” to help the special counsel investigation.

It’s certainly true that plenty of people out there who have been convicted of crimes have been treated unfairly, but Donald Trump’s criteria for that seems dubious at best, especially considering the strong position he once took against actually innocent men, unprovoked—one he’s refused to walk back.

Call me old fashioned, but that’s not a mindset I’d like to see in the president of the United States.