The president's trans military ban is hateful, pure and simple. 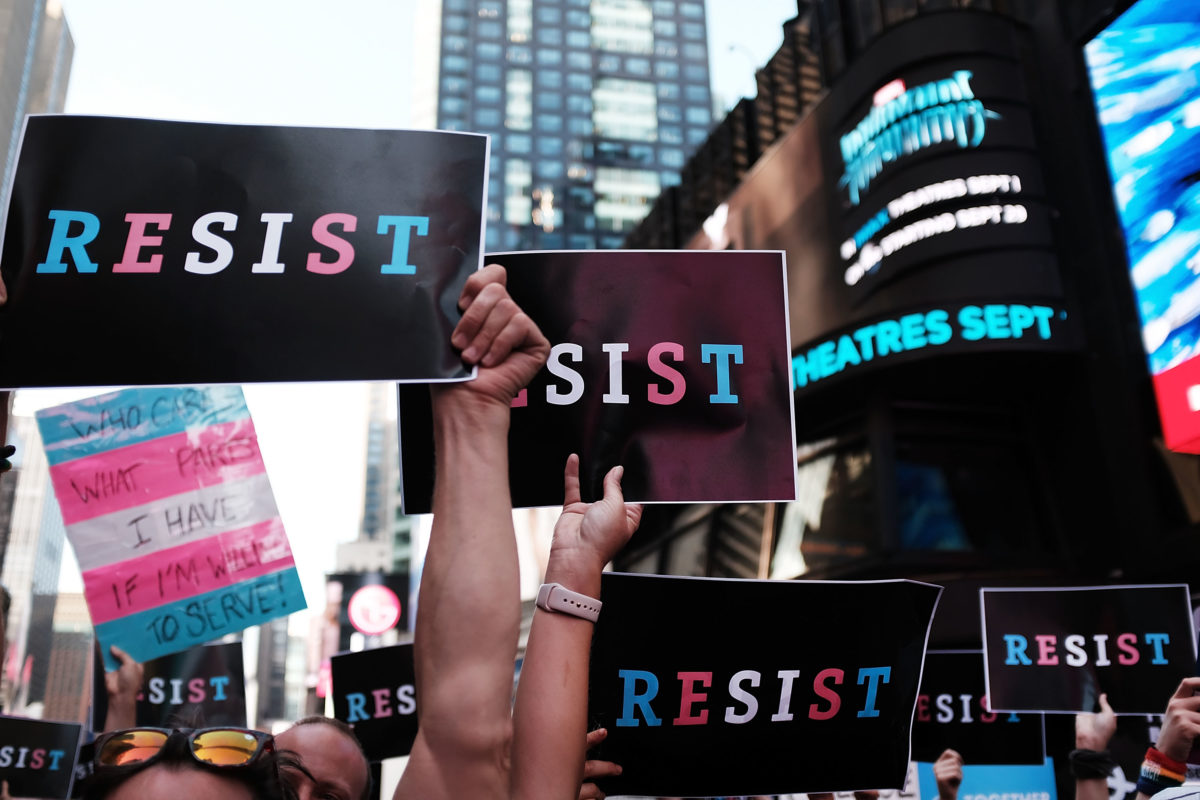 As President Trump continues his bad will tour of England, he stopped by for an appearance on Piers Morgan’s television show Good Morning Britain. The two men discussed Trump’s trans military ban, which went into effect in April. Trump, of course, had difficulty telling the truth.

Trump defended the ban with his signature lie on the issue, that the costs of trans healthcare is a burden to the U.S. military. This is, of course, categorically false. According to a RAND study, of the 1.3 million active service members, less than .2% are transgender. An even smaller subset of that .2% would require additional transition-related medical services. The cost of extending that healthcare is between $2.4 million and $8.4 million annually, or 0.04 to 0.13 percent of the budget.

To put that in perspective, the U.S. military has spent $84.24 million on erectile dysfunction prescriptions in a single year. Or to put it another way, that cost is roughly what the government spends for the President to take two trips to Mar-a-Lago.

Aaron Belkin, director of the Palm Center, refuted Trump’s claims, saying, “Trump asserted falsely that active-duty servicemembers cannot take even so much as an aspirin … And he repeated the debunked canards that medical care for transgender servicemembers is unmanageably expensive and that trans troops cannot be held to the same standards as other troops.”

Strong words from a man who dodged the Vietnam draft using “bone spurs” as an excuse. Trump had plenty more to say about Vietnam, and it went over about as well as you might expect:

President Trump’s full answer to Piers Morgan on avoiding serving in Vietnam: “This isn’t like I’m fighting against Nazi Germany, we’re fighting against Hitler. And I was like a lot of people. Now I wasn’t out in the streets marching saying I’m going to move to Canada…” pic.twitter.com/ohiLjkIVhs

Piers Morgan (a former Celebrity Apprentice contestant) pressed Trump on how he can claim to support LGBTQ rights while supporting the ban, asking “This week, you tweeted your support for the LGBT community around the world where they’re being persecuted or excluded, which does prompt the obvious question: If you feel that protective of the LGBT community, why did you feel the need to ban transgender people from serving in the U.S. military?”

Morgan brings up the cost, comparing it to the Viagra statistic, saying “So it just seems to me an unnecessary thing for a guy who wants to be supportive of the LGBT rights and the community around the world, that you’ve taken this action.”

All Trump had to say in response was, “It is what it is.”