Who gave him this idea? I would like a word. 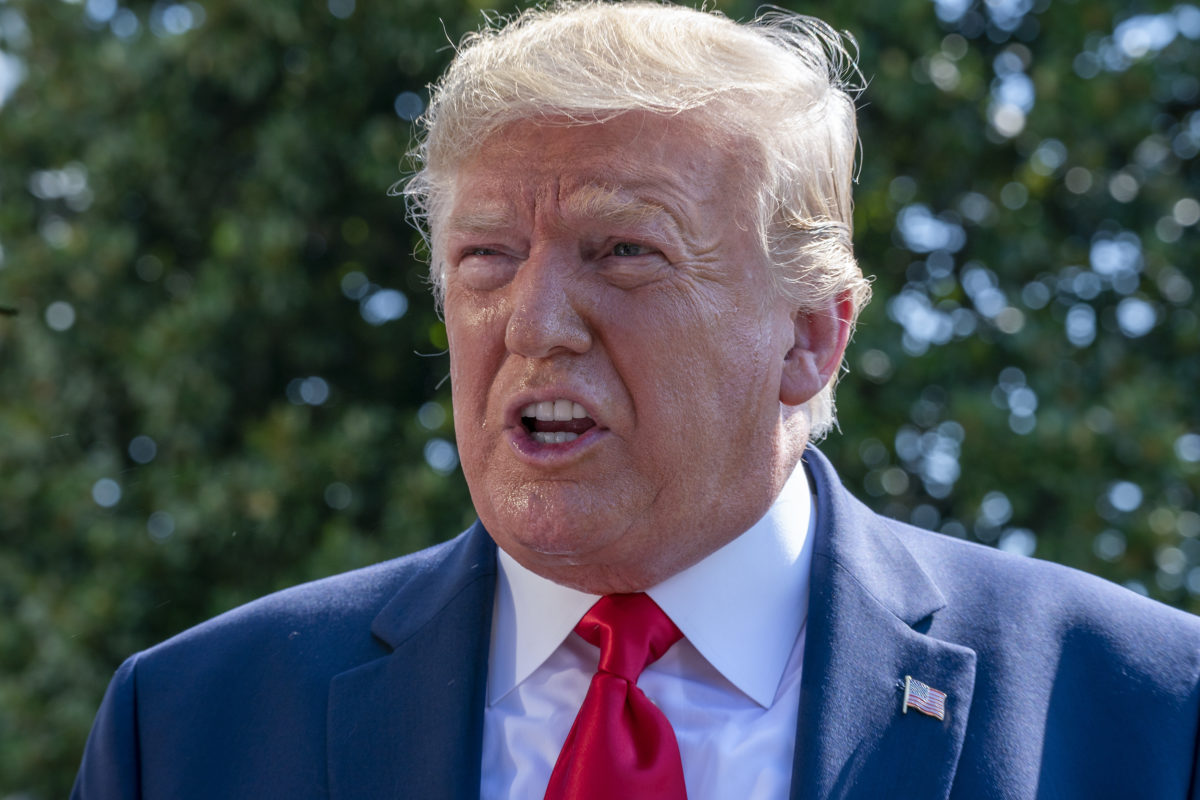 Welp. He’s at it again. Trump gave another bonkers press conference on the White House lawn Sunday afternoon. Vox’s Aaron Rupar live-tweeted his coverage, capturing everything from Trump accusing Representative Adam Schiff of lying about his phone calls with Ukraine to more of his basically incoherent boasting.

On the Ukraine calls:

Apparently everyone, including Mike Pompeo, was listening in, and *shocker* most decided not to become whistleblowers.

“Why are all of these people listening to this absolutely, totally appropriate call, why didn’t they come forward?” — Trump’s new talking point is that if his call with the Ukrainian president was so bad, then why didn’t everybody who listened in on it become a whistleblower? pic.twitter.com/JVYWbtWXyg

He bragged about his relationship with the “African” community:

Before quickly correcting it to “African American.” Sure Donald. Sure you do.

According to Trump, all the polls of the “fake news media” are wrong. Either they are lying or just “bad polls.” He even throws his beloved Fox News under the bus. Apparently the only accurate polls are the secret ones in his mind —either that or his staff makes up polls saying the public doesn’t want impeachment. Both are entirely too plausible. Oh and also he wants the whistleblower to out him/herself.

REPORTER: Mr President, according to several recent pools, more Americans want you to be impeached & remove–

T: I have the real polls. It’s a phony scam. And the whistleblower should be revealed pic.twitter.com/ihdJzTATc9

Because he just can’t help himself.

“Nobody’s gonna mess with me” — this man is the President of the United States pic.twitter.com/m2RS9apIJP

As a Californian, this is my personal favorite. He blames the fire epidemic on Governor Gavin Newsom and Nancy Pelosi—because she is too focused on impeachment. He also claims that he is the only one who knows how to stop the fires. Stating that if we had only listened to him two years ago, this would never have happened. Because, obviously, climate change has only been an issue for two years.

Trump is back on his BS about poor forest management being the cause of wildfires in California pic.twitter.com/J8soxrgeqO

And finally, a veiled threat to shut down the government:

Wow — Trump won’t rule out shutting down the government unless Democrats stop the impeachment inquiry pic.twitter.com/Y1oBySONJj