What does she even DO? 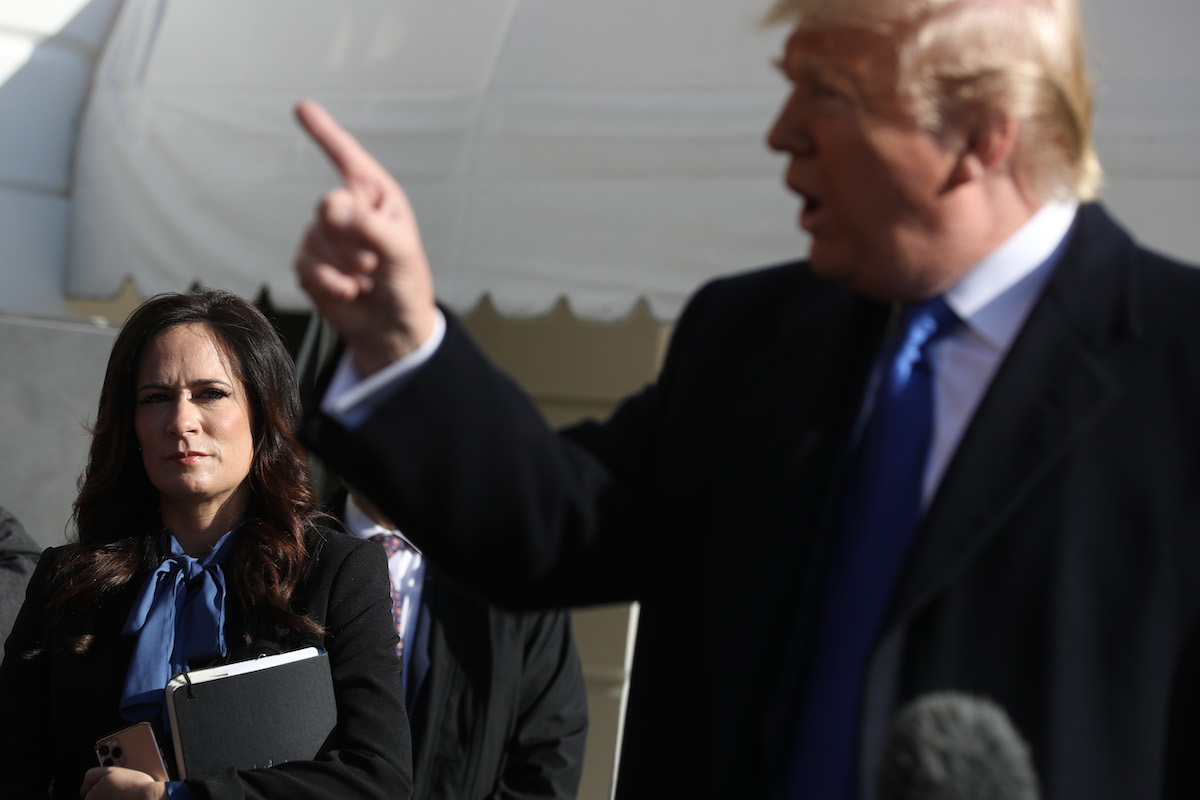 As a reminder, Donald Trump’s current press secretary is Stephanie Grisham. I say that because it would be easy to have forgotten, seeing as she’s yet to give a single press briefing. Under Sarah Huckabee Sanders, the once-daily briefings became far less frequent, and Grisham–who also serves as Melania Trump’s press secretary because it’s not like these are jobs that require a person’s full attention or anything–has done away with them entirely. Instead, when she has information she wants to communicate, she does so on Fox News. Occasionally she’ll come out of the woodwork to tweet something in defense of the Trump’s but for the most part, she’s basically just an unofficial Fox News personality.

On Wednesday, author Don Winslow challenged Grisham on Twitter, offering to donate $75,000 to St. Jude’s Children’s Hospital if she would hold a press conference this week with the full White House press corps.

It has been 301 days since The White House held a press briefing.

I will donate $75,000 to @StJude in your name if you will hold a one hour press conference *this week* with the full White House Press Corps.

What are you afraid of Stephanie?

CNN’s Jake Tapper asked Grisham about the offer. She responded by basically saying the two authors should just give the money to charity anyway while she continues to do nothing.

I asked @PressSec about this offer to give $175k to @StJude if she holds a press briefing.

Her response: “If you have $200,000 to play with, why not just help children because it’s a good thing to do? Donations to charity should never come with strings attached.” https://t.co/Hrdh4PiJv8

I agree with her in theory, so a certain extent. If you want and have the means to donate to a charity (although Winslow says that he and King both “regularly donate to charity,”), it seems a bit callous to use that as a bargaining chip in a political battle.

Well, that day has come pic.twitter.com/USeKds045n

By the way, @realDonaldTrump: Remember saying on 7/5 that you’d give $1M to a charity of my choice if my DNA showed Native American ancestry? I remember – and here’s the verdict. Please send the check to the National Indigenous Women’s Resource Center: https://t.co/I6YQ9hf7Tv pic.twitter.com/J4gBamaeeo

He was really into that one.

I am happy to donate $5 million to a charity Barack Obama chooses. All I am asking is that he is transparent with the American people

It is really a shame that Barack Obama may stop $5M from being generously donated to charity all because he refuses to be transparent.

There is nothing I would be happier to do than to donate the $5M to a charity of Obama’s choice, once he releases all of his records.

A lot of people are concerned about which charity my $5M will be donated to. The onus is on Obama to first release his records.

Boy, if Stephanie Grisham thinks it’s disrespectful to “play with” $200,000, I wonder how upset she was over Trump’s $5 million. Very, I’m sure!