We can't even make this up any more. 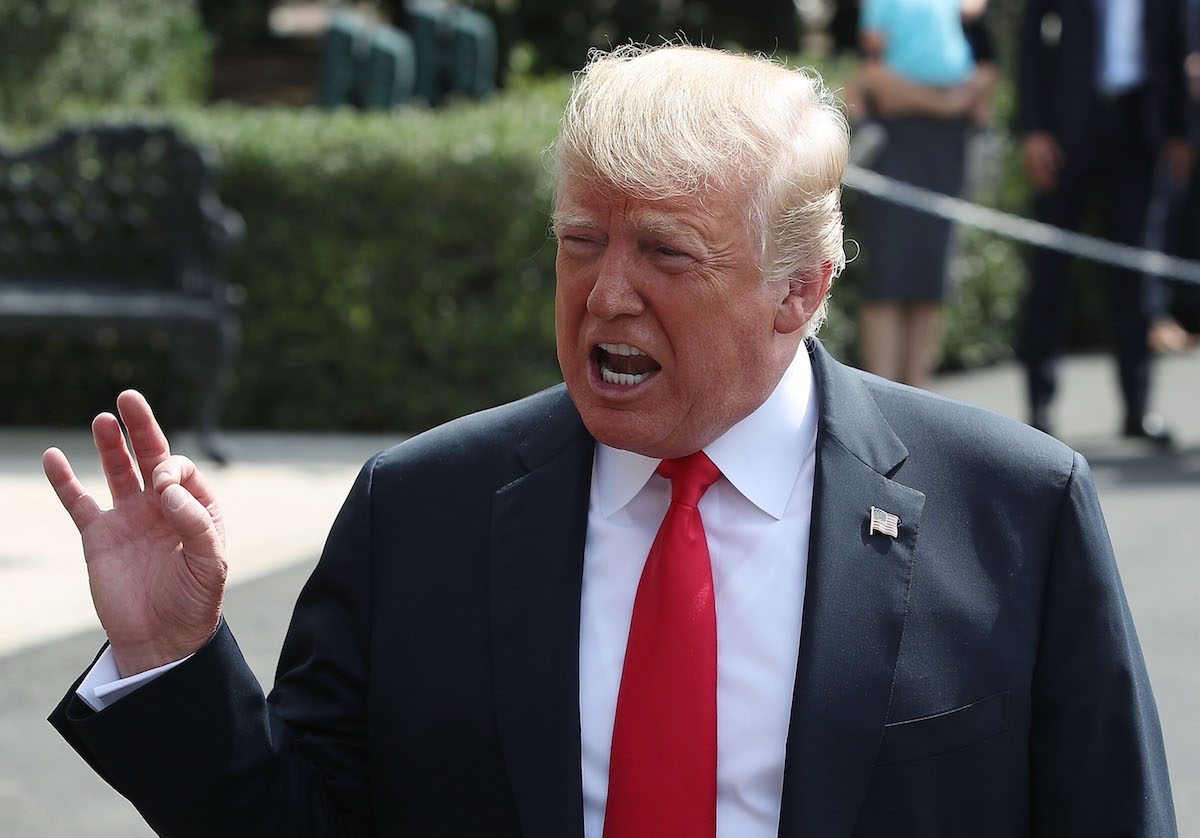 In today’s edition of “We Really Wish This Weren’t What The President Was Doing,” Donald Trump has started a twitter feud with Carl Bernstein, the reporter famous for helping to break the Watergate scandal. Irony is dead, and we’ve killed it.

Bernstein drew Trump’s ire by writing a story that reported that Trump knew about a 2016 Trump Tower meeting with the Russians; his source, Michael Cohen’s lawyer Lanny Davis, has since revealed himself and recanted the statement. CNN is standing by Bernstein and the story, but Trump took to Twitter yesterday to call out Bernstein, tweeting:

CNN is being torn apart from within based on their being caught in a major lie and refusing to admit the mistake. Sloppy @carlbernstein, a man who lives in the past and thinks like a degenerate fool, making up story after story, is being laughed at all over the country! Fake News

Both Bernstein and CNN have since responded via Twitter, with CNN defending Bernstein and themselves against the accusations of being fake news.

.@realdonaIdtrump– I have spent my life as a journalist bringing the truth to light, through administrations of both parties. No taunt will diminish my commitment to that mission, which is the essential role of a free press. @CNN stands by its story, and I stand by my reporting.

Make no mistake, Mr. President, CNN does not lie. We report the news. And we report when people in power tell lies. CNN stands by our reporting and our reporters. There may be many fools in this story but @carlbernstein is not one of them.

Trump has made no friends in the non-Fox News press, and this is a particularly egregious attack. Bernstein and his colleague Bob Woodward broke perhaps the biggest political scandal to hit the country (so far), and are revered as pillars of American journalism and the free press. To attack Bernstein is ironic, considering that he helped bring down a corrupt presidency, which is what Trump seems to be facing. It also serves as a continuation of the Trump vs. CNN feud, which has lasted as long as his presidency.

Bernstein is a vocal opponent of Trump. He recently appeared on The Situation Room with Wolf Blitzer, saying that the Trump presidency was worse than Watergate, and that the system at least worked during the Watergate scandal.

“This is worse than Watergate, because the system worked in Watergate.” https://t.co/4j9jQnKCIx

This kind of situation is one that would seem absurd to a time traveler. The President, actively picking Twitter fights with esteemed reporters who helped bring down another presidency? But this is just the sad truth of 2018: the impossible has become possible in the worst kind of way. Hopefully, Bernstein’s work will once more lead to a major political change, but that’s pure conjecture at this point in time. Regardless, to see the President fight journalists on Twitter is fairly demoralizing news, but that’s just the fun reality of 2018.