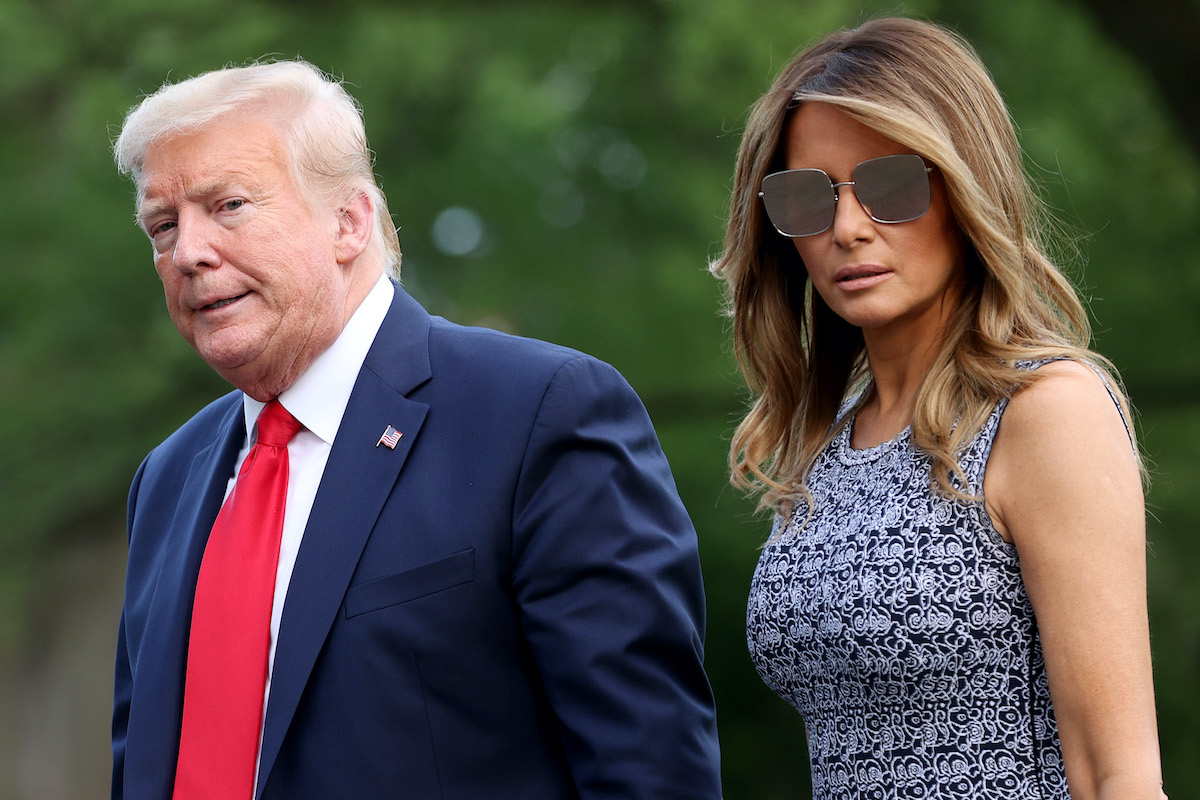 Donald and Melania Trump visited the Saint John Paul II National Shrine on Tuesday, presumably as a follow-up to their horrible visit to St. John’s Episcopal Church earlier this week. While it doesn’t seem like any protestors had to be tear-gassed in order to get these pictures, this photo-op didn’t exactly go well for them.

These are the photos they’ve released from their visit:

.@POTUS & I honored the life & legacy of Saint John Paul II at @JP2Shrine today. His passion & dedication for religious freedom is a legacy that we must protect for people around the world. pic.twitter.com/XsgrIc7QnC

Do they actually think these make them look good? Do they not see how awkward and terrifying they look? “The Omen” has been trending on Twitter all afternoon because every single person looks at these pictures and has the exact same thought. We’re all making the same joke and I don’t even care because it’s the perfect joke.

This sequel to The Omen feels off pic.twitter.com/u32Ef8NFLC

Tang the Conqueror and Melania The Merciless work on promotional stills for their current reboot of “The Omen” as a television series. pic.twitter.com/o9Pj7EZ320

That little shit from “The Omen” sure grew up fast. pic.twitter.com/82a1xz1f9T

“The Omen” is trending.
Sometimes 2,000 people come up with the same joke at the same time.https://t.co/Kbwf1VXMv3

A few people had other references come to mind, but they were all in the same genre.

Scary. Maybe it’s their blank faces, or the barren church….I don’t know why this reminds me of the last scene in a movie about the Nuclear Apocalypse.

I guess the communication geniuses at White House thought this makes a great photo-op or something.

The Omen is trending, but it’s really a different movie. pic.twitter.com/MM6y4UXsDW

Any time the Trumps try to look somber, the result is always unfailingly terrifying.

I’m not sure which is more terrifying: When the Trumps pretend to go to church or when they pretend to celebrate Christmas. pic.twitter.com/ZxrZZeQn8T