Trump Team Makes the Pay Gap Go Away by Killing a Measure to Expose It. It’s Like Magic!

I see they're experimenting with an ostrich-based solution. 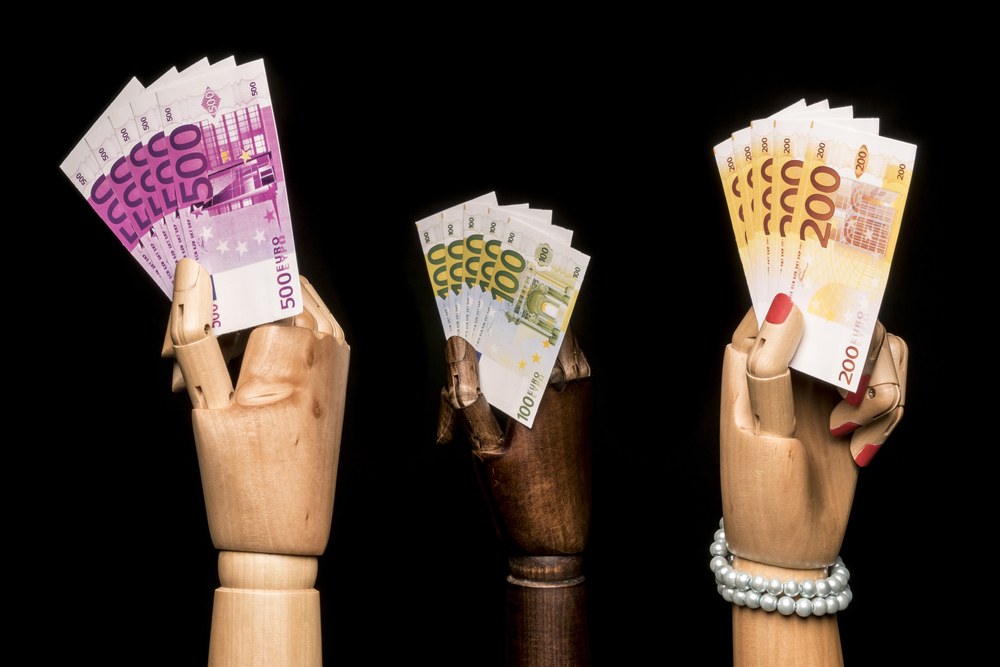 Like kids in a sitcom just shoving the entire contents of a messy room into a closet that’s primed to explode, the Trump team has addressed the pay gap along the lines of gender, race, and ethnicity. For some reason, they felt it was important to kill an Obama-era measure to force companies to disclose wage information that would help find inequities. I hope someone lets the White House cleaning staff know that new administration policy holds sweeping things under the rug as the preferred solution.

The Obama administration’s initiative would’ve required employers with more than 100 workers—and federal contractors with more than 50—to disclose aggregate information on employees’ pay and hours worked, including gender, race, and ethnicity data. While collecting the data itself wouldn’t have fixed anything, it would’ve provided a valuable source of information to anyone who actually wanted to solve these problems.

That person is nowhere to be found in the Trump administration, apparently, as the order has been put under review by the Office of Management and Budget, with its implementation halted. No, not even among the administration’s supposed liberal influence could anyone seem to do anything but actively support the halting of the provision, with Ivanka Trump saying, “Ultimately, while I believe the intention was good and agree that pay transparency is important, the proposed policy would not yield the intended results. We look forward to continuing to work with [Equal Employment Opportunity Commission], [the Office of Management and Budget], Congress and all relevant stakeholders on robust policies aimed at eliminating the gender wage gap.”

So don’t make the mistake of assuming she’s just ineffective as a moderating influence—she’s actively on board with this move against pay equality and is OK with everyone knowing it. As women’s groups were quick to point out, there’s no practical reason to turn down data outside of an active disregard for any problems that might be exposed. As National Women’s Law Center CEO and President Fatima Goss Graves said in a statement, “This is not a technical tweak as they would have you believe. Make no mistake—it’s an all-out attack on equal pay.”

Meanwhile, the Trump team was, just days ago, issuing their usual lip service, proclaiming “Women’s Equality Day” on August 26. Ivanka Trump herself already lauded a similar initiative in Germany, though she predictably hedged her bets by saying, “[T]hat’s something we should all be looking at—to see the efficacy of that policy as it gets rolled out.”

Vicki Shabo, vice president for workplace policy and strategy at the National Partnership for Women and Families, made her feelings on Trump’s support of the move clear to the Huffington Post, “For somebody who has long held herself out as a champion for women and for gender equality, it’s really disappointing.” Why actually take actions to support pay equality when you can just say you do while undermining efforts to improve it? Running the government “like a business” is all about efficiency! Actions take so much effort.