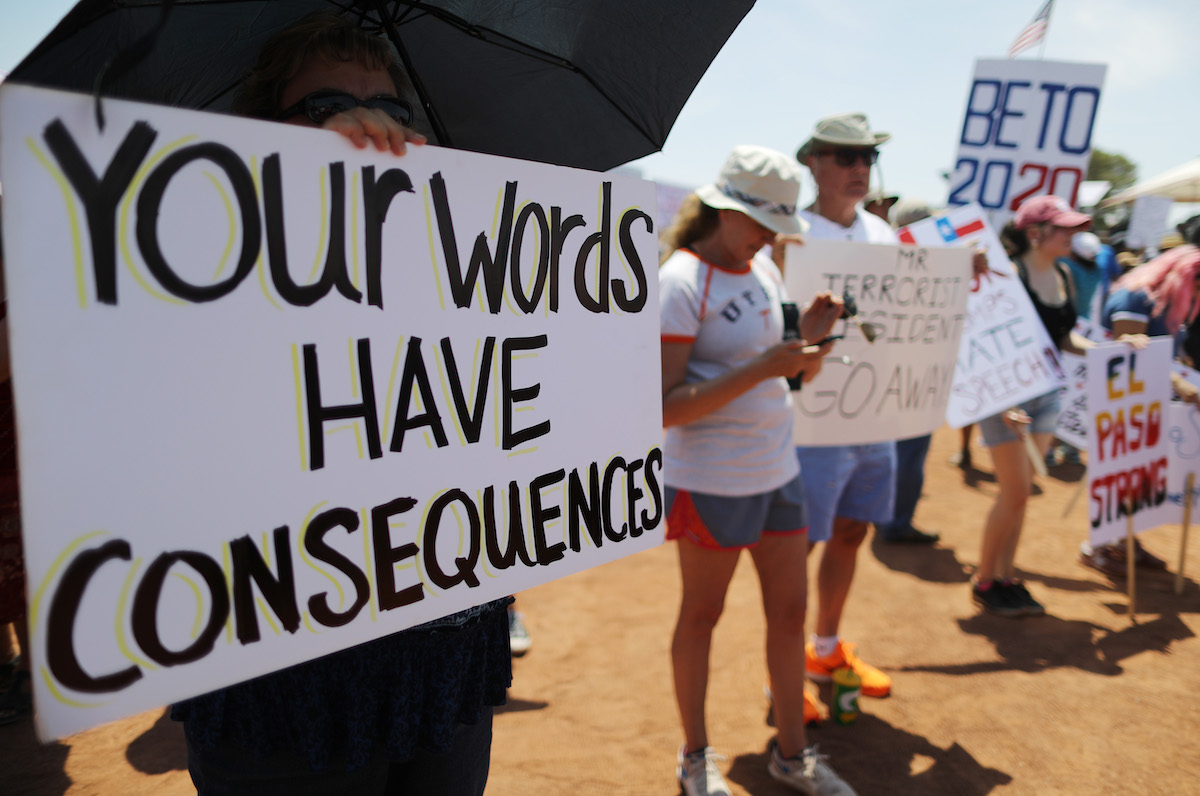 Donald Trump was apparently not too happy with his recent trip to El Paso, where he visited with survivors and the families of those murdered in this weekend’s mass shooting at a Walmart. That puts him on the same page as pretty much everyone else, but his anger wasn’t the same as the rest of ours. His displeasure didn’t stem from seeing the president tweet out attacks on Democrats and media outlets between visits or watching him take this opportunity to brag about crowd size. Instead, he was upset that he didn’t get enough attention during his visit.

Independent journalists weren’t allowed to shadow Trump during his hospital visits. It was a decision that received a lot of criticism, especially after the Trump team released a video of the event that looked like a cleanly scrubbed campaign ad. But as it turns out, that wasn’t Trump’s decision, which makes sense–he may hate the media but he loves having cameras pointed at him.

The choice to have as few cameras as possible on this trip as possible was, according to the Washington Post, made by aides worried that reporters might “capture an impolitic moment or the president making an insensitive comment.”

That’s a fair concern. Because even having barred reporters from the hospital visit, Trump still managed to get some “impolitic moments” out there. First, there was the crude insulting of Beto O’Rourke, calling him “crazy” and mocking the size of a rally three months ago.

Then Melania Trump posted some images from the trip on her official Twitter account, including one of her husband grinning maniacally and giving a thumbs-up next to a two-month-old infant whose parents died in the shooting.

I met many incredible people in Dayton, Ohio & El Paso, Texas yesterday. Their communities are strong and unbreakable. @potus and I stand with you! pic.twitter.com/SHzV6zcVKR

I seriously cannot fathom the logic behind thinking this photo goes in the “To Tweet” pile. 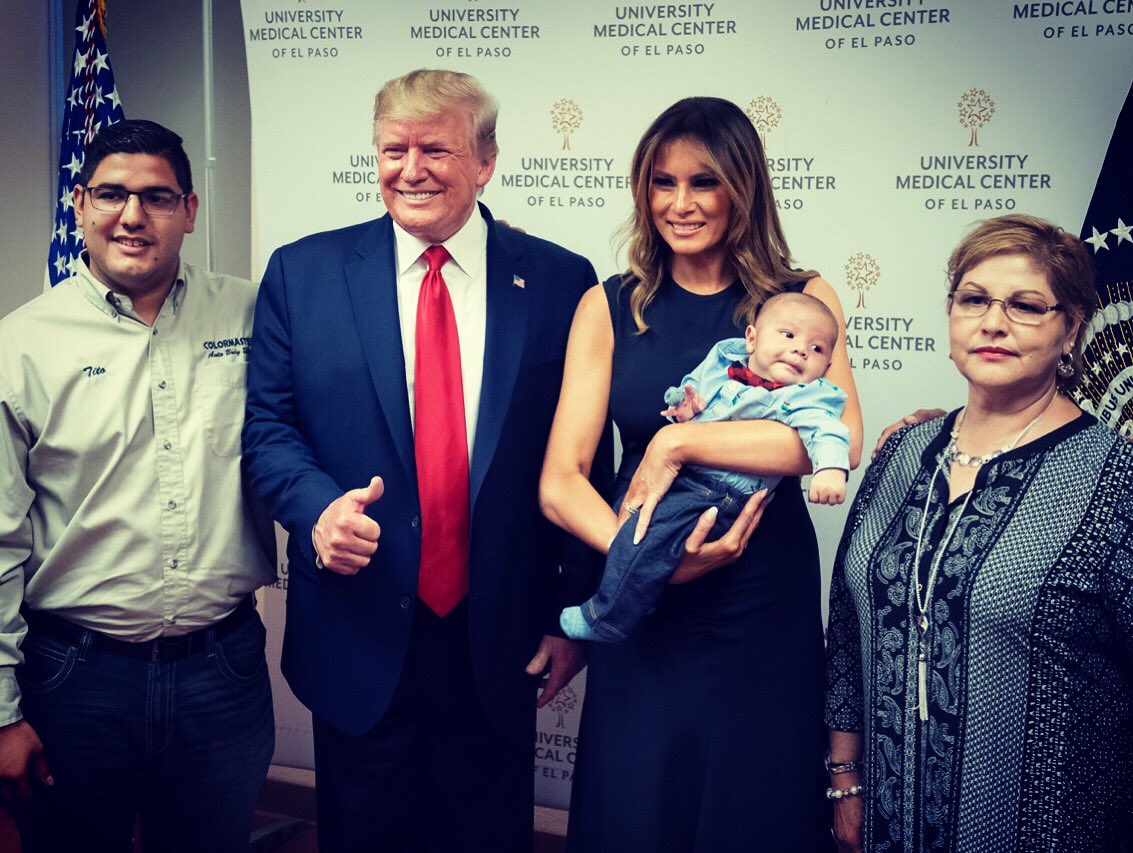 That baby’s parents, Andre and Jordan Anchondo were killed by a man who confessed to authorities he was targeting “Mexicans” and wrote about a “Hispanic invasion of Texas.” The language he has used is undeniably similar to Trump’s own rhetoric concerning immigration.

According to NPR, “Andre Anchondo died protecting Jordan; she died shielding their 2-month-old baby, Paul, who was grazed by a bullet but survived the shooting.”

Paul was apparently brought back to the hospital by his uncle to take a picture with Trump after he’d already been released. This isn’t unique–Trump reportedly met with very few current patients (either because they didn’t want to meet with him or were too tired or injured) and most of the survivors he saw had returned to the hospital. But there’s something very gross about a photo op with an infant who cannot consent to the hyper-politicized event. And it’s even worse for Trump to be grinning and thumbs-upping like he’s at a campaign rally.

A hospital official told CNN that Trump showed “an absence of empathy” during his visit to El Paso, which isn’t surprising because “empathy” has never been a trait he seems to exhibit, but it’s still repulsive to see.

Honestly, having a baby whose parents were just murdered brought back to the hospital so he could take a photo of him smiling with a thumbs up fills me with more disgust than I knew was possible.

Do we all realize how terrible this is? https://t.co/LHdN89wDOv