Michigan Gov. Gretchen Whitmer is the latest target of his attacks. 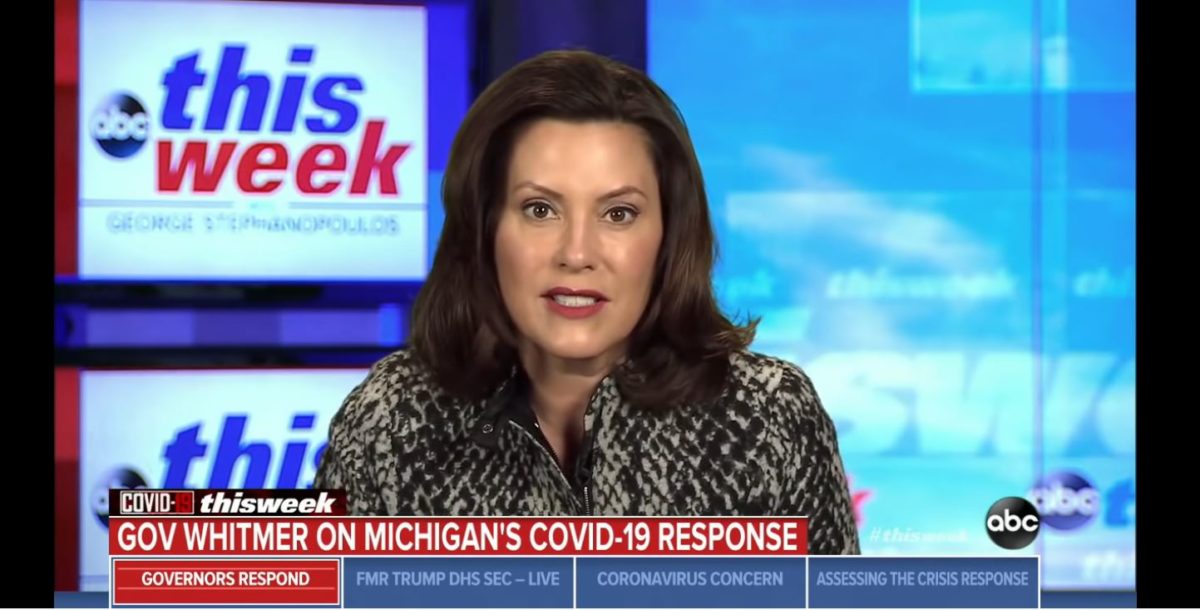 Remember 84 years ago when the House of Representatives impeached Donald Trump? The impeachment came after Trump demanded a quid pro quo from the president of the Ukraine to meddle in the 2020 election, which was an abuse of power. Following his impeachment, the republican-controlled Senate exonerated him, just in time for the president to completely bungle our country’s response to the COVID-19 outbreak. Good times.

If you thought that Trump would have learned his lesson about quid pro quos, you obviously haven’t been paying attention to his disastrous presidency. Trump is now playing the same game with America’s governors who he deems as not being “appreciative” enough. Specifically, Trump is targeting democratic governors like Michigan’s Gretchen Whitmer and Washington’s Jay Inslee.

Trump when on Sean Hannity’s show to complain about his treatment, saying “We’ve had a big problem with the young, a woman governor, you know who I’m talking about from Michigan, … We don’t like to see the complaints,” claiming that Whitmer has “not been pleasant” and that “all she does is sit there and blame the federal government.” Trump continued, “It’s a two-way street, … They have to treat us well, also. They can’t say, ‘Oh, gee, we should get this, we should get that.’”

The president continued his baseless attacks on Whitmer in a White House press conference, encouraging Vice President Mike Pence not to return her calls saying, “He calls all the governors — I’m a different person. I say, ‘Mike, don’t call the governor of Washington, you’re wasting your time with him. Don’t call the woman in Michigan,’ … You know what I say? If they don’t treat you right, don’t call. He’s a different type of person. He’ll call, quietly, anyway.”

PS: I’m happy to work with the VP! We get along well. pic.twitter.com/OtjJa9pwhD

Right now, we all need to be focused on fighting the virus, not each other. I’m willing to work with anyone as long as we get the personal protective equipment we need for the people of Michigan. https://t.co/sVZry3weUw

Trump has also insulted Governor Jay Inslee, calling him “a snake” and “a failed presidential candidate.” Inslee responded by saying, “I’m not going to let personal attacks from the president distract me from what matters: beating this virus and keeping Washingtonians healthy.”

Trump is effectively blackmailing America’s governors, and the message is clear: they must trade compliments and adulation for life-saving federal relief. By declaring a state of emergency, Trump could free up federal funds and relief, but his fee-fees are hurt so he will willingly let citizens die.

It boggles the mind that the “f-ck your feelings” candidate is so thin-skinned and sensitive. Barack Obama endured constant racist abuse, death threats, and insults, yet when republican states needed federal aid, he was quick to help them. When Hurricane Sandy devastated New Jersey, Obama immediately offered federal support to Gov. Chris Christie, a frequent opponent. Because that’s what a president is supposed to do.

Trump has dropped the ball on COVID-19 in a myriad of ways, from ignoring the threat to calling it a hoax to disbanding the pandemic response team. As states scramble to gather PPE and other supplies, Trump has willingly abdicated responsibility again and again.

Even from a purely self-serving standpoint, this makes no sense. Michigan is a swing state that Trump narrowly won in 2016. How many of those voters will continue to support him after his negligence causes more deaths? The callousness and ignorance continues to be staggering.

It’s almost as if electing a failed reality TV host was a bad idea.