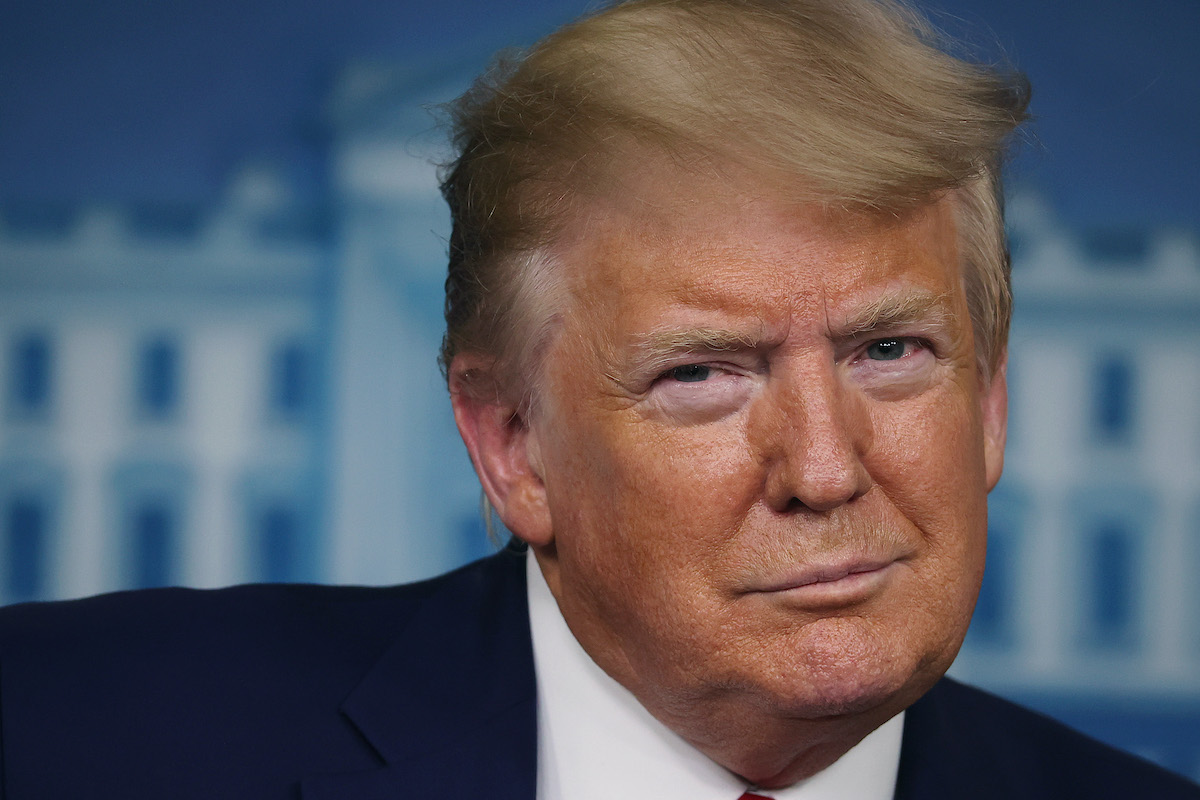 I know I shouldn’t be surprised to hear Donald Trump rewrite his own history and deny having said strange or ignorant or just plain wrong things that we all heard him say. He’s been doing it for so long we can predict when it’s coming.

And yet, here I am, shocked again.

During his press briefing Monday, a reporter asked Trump about his previous claims that the COVID-19 coronavirus was similar to the flu. Trump has said that. There’s no question that he said it—multiple times, in fact. In February, he downplayed the severity of the virus, saying during a briefing, “The flu, in our country, kills from 25,000 people to 69,000 people a year.”

He even said, “I really think, doctor, that you want to treat this like you treat the flu, right?” in response to a question about whether Americans should adjust their behavior at all to fight this disease—clearly referring to seasonal flu.

By mid-March, he was still saying the virus was going to pass. “It will go away,” he said. “Just stay calm. It will go away.” Later in the month, he told Fox News, “We’ve never closed down the country for the flu,” adding, “So you say to yourself, ‘What is this all about?'”

Once he even tweeted a comparison of the two, with the obvious implication being that the coronavirus isn’t as serious as the flu.

But by the end of March, he’d done a total 180, saying, “This is not the flu.” He called it “vicious” and told an anecdote about a friend who went into a coma because of COVID-19 complications.

Let’s be clear: I am VERY HAPPY that he changed his mind and is now taking this pandemic more seriously. I wish he had listened to experts much earlier instead of waiting until someone he knew was personally affected, but at least he got there. This isn’t about his recognition of the severity of the virus. It’s about the gaslighting that’s come along with it.

Here’s the exact transcript of the exchange, per the White House’s records:

Q: Mr. President, you say this week will be very painful, very difficult. But a few weeks ago, you said this was just like a flu. What have you learned —

THE PRESIDENT: I didn’t say two weeks ago it was a flu.

Q A few weeks ago.

THE PRESIDENT: No — you know what? Can I tell you what?

Q The question is, Mr. President, what have you learned —

THE PRESIDENT: Excuse me. Ready?

Q — that you could offer as advice to foreign leaders who are still skeptical about this pandemic and who are against social distancing? What is your advice? What have you learned?

THE PRESIDENT: Okay. You said I said it was just like a flu.

How does he reconcile this framing with his original tweets and interviews where he said only tens of thousands of people die from the flu? He doesn’t! He just says things and moves on and berates anyone that tries to look backwards. He sure does hate hindsight:

Once we OPEN UP OUR GREAT COUNTRY, and it will be sooner rather than later, the horror of the Invisible Enemy, except for those that sadly lost a family member or friend, must be quickly forgotten. Our Economy will BOOM, perhaps like never before!!!