Something orange this way comes. 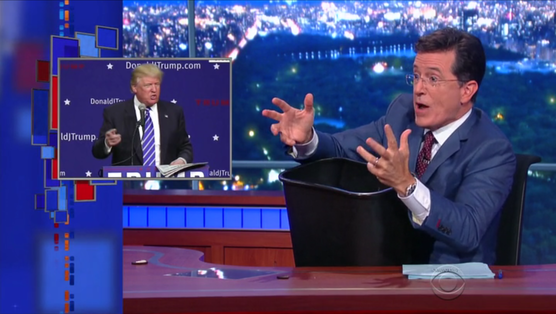 Stephen Colbert kicked off his inaugural Late Show by roasting Donald Trump, and now CBS has announced that the GOP front-runner (just let that sink in for a second) will be making an appearance on the show September 22nd.

I have mixed feelings about this; although Trump’s campaign has been occasionally funny (we laugh so we do not cry), as Pajiba points out, his appearance on the Late Show also indicates that his run has taken on a legitimacy many Americans didn’t expect.

Give him hell, Colbert.