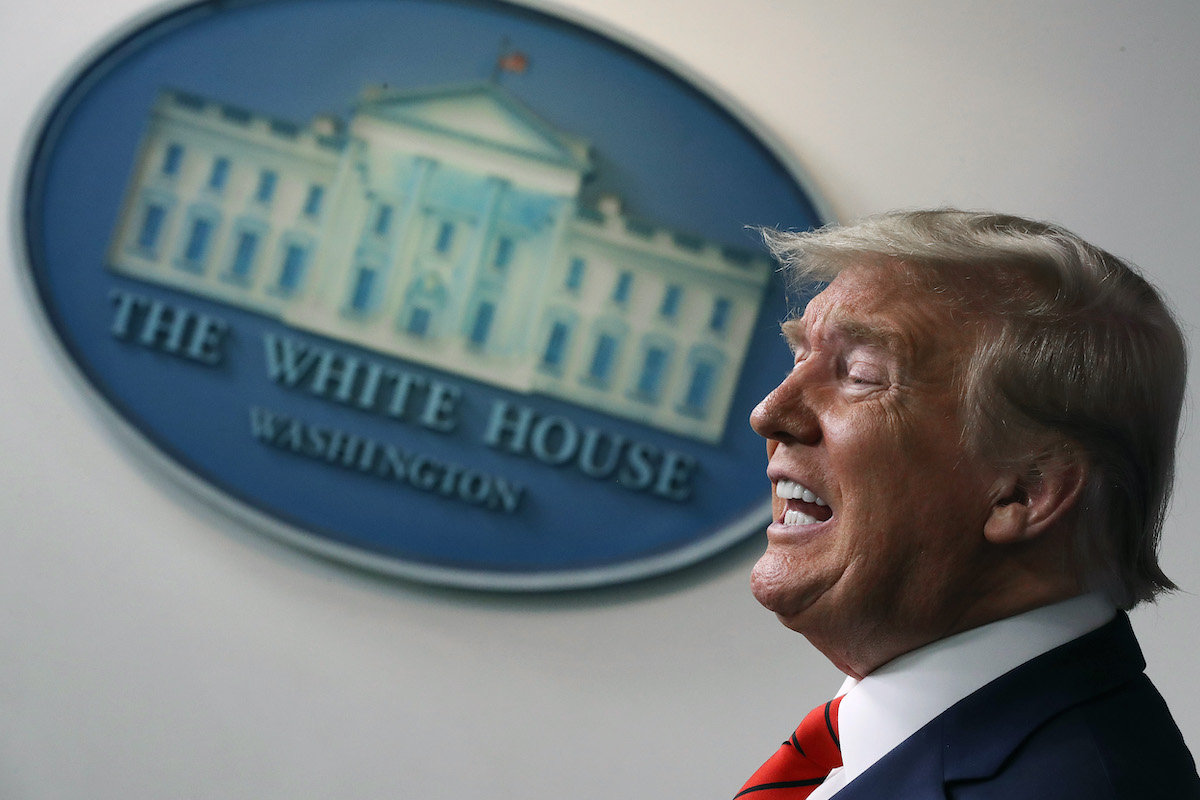 There’s been a lot of attention in recent days on Donald Trump’s refusal to stop calling the COVID-19 coronavirus the “Chinese Virus.” He’s continued to use the phrase on Twitter and in press conferences, against the advice of the World Health Organization and despite pleas that he stop fanning the flames of anti-Asian stigmatization.

During a recent press briefing with the coronavirus task force, some of Trump’s notes were visible to the press and they show just how deliberate his use of the racist term is. Photographer Jabin Botsford caught a clear image of Trump’s speech typed out, with the word “Corona” crossed out in Sharpie. “CHINESE” was handwritten in above it.

Close up of President @realDonaldTrump notes is seen where he crossed out “Corona” and replaced it with “Chinese” Virus as he speaks with his coronavirus task force today at the White House. #trump #trumpnotes pic.twitter.com/kVw9yrPPeJ

This makes clear what we already knew: that Trump knows this terminology is not the official norm and he’s making a deliberate choice to go out of his way to use it, most likely just to spite and anger those who have asked him to stop.

Among other things, what this shows is they’re using the term “the coronavirus” internally like everyone else and are throwing this up publicly because they would rather have an argument about political correctness than discuss the response itself. https://t.co/Wq7wVRQOOT

There are a lot of people now saying that Trump’s choice of terminology is a “distraction,” meant to divert attention away from his total ineptitude in the handling of the coronavirus epidemic. Some argue, then, that we should ignore stunts like this. I would argue we have the capacity for both. We can demand Trump answer questions about the lack of testing and the shortage of necessary medical supplies and also call out his overtly racist rhetoric.

When the President of the United States uses deliberately racist terminology, even if his goal is to “distract” from something else, that is not something to be ignored, ever.