Donald Trump Had the Nerve to Tell Beto O’Rourke to “Be Quiet!” About the El Paso Shooting 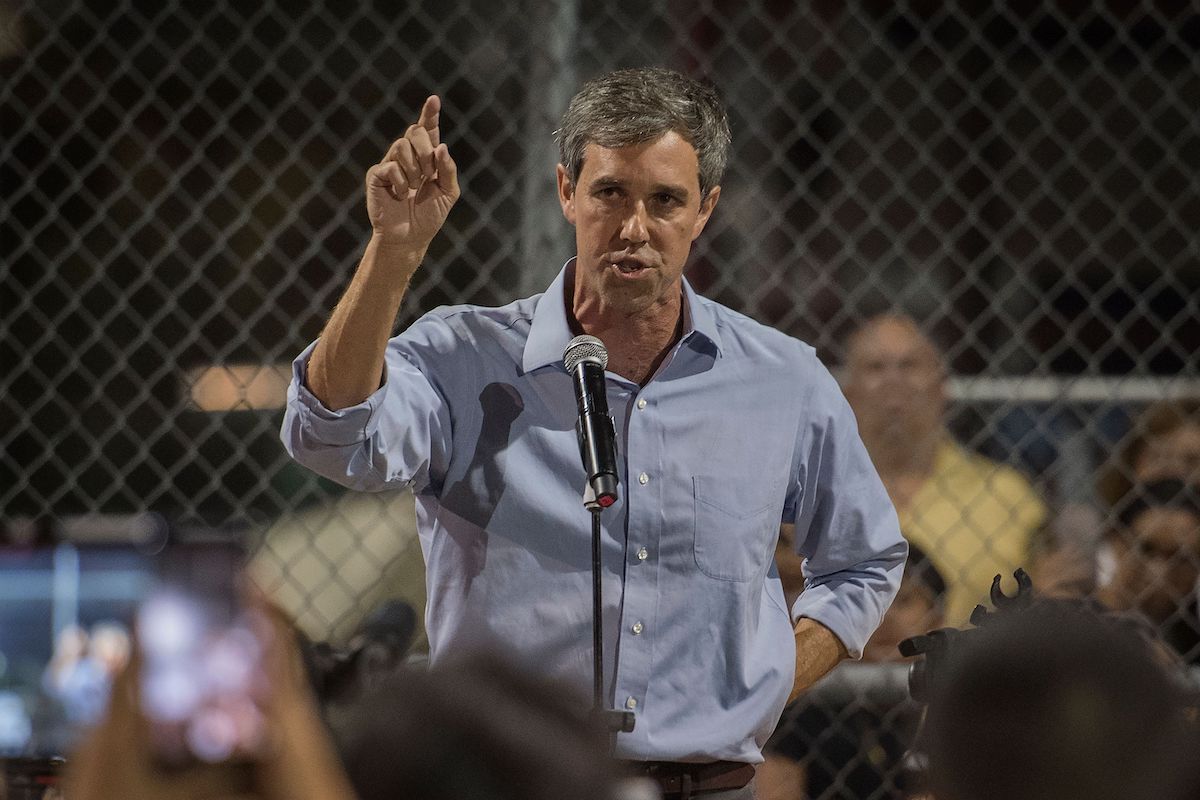 After this weekend’s mass shooting in his hometown of El, Paso Texas, Beto O’Rourke took issue with the ways in which media coverage whitewashes Donald Trump’s role in these instances of domestic terrorism.

“What do you think?” O’Rourke asked a reporter in response to being asked if there was anything Trump could do to make this epidemic better. “You know the shit he’s been saying. He’s been calling Mexican immigrants rapists and criminals. I don’t know, like, members of the press, what the fuck?”

Not every notable media outlet lets Trump off the hook so consistently, of course; but in general, Beto’s not wrong:

O’Rourke’s quote got a lot of attention, mostly from people in agreement but also a bit of pearl-clutching.

Everyone demanding that Beto apologize for swearing has it backwards. This is the most I’ve ever liked him. I don’t trust anyone in public life who’s NOT perpetually on the verge of shouting “WHAT THE FUCK” every day.

Democrats who aren’t furious have no place in this election.

Donald Trump apparently also caught wind of the comments and lashed out on Twitter, criticizing O’Rourke’s childhood nickname and mocking his polling numbers. Beto, he says, “should respect the victims & law enforcement – & be quiet!”

Beto (phony name to indicate Hispanic heritage) O’Rourke, who is embarrassed by my last visit to the Great State of Texas, where I trounced him, and is now even more embarrassed by polling at 1% in the Democrat Primary, should respect the victims & law enforcement – & be quiet!

Beto has been respecting the victims. In addition to spending time with survivors in the hospital and with the families of victims, he tweeted out the names and brief stories of everyone murdered on Saturday. He is clearly hurting and mourning while also offering the kind of support we want to see from our political figures.

He basically told Trump to shove it.

22 people in my hometown are dead after an act of terror inspired by your racism. El Paso will not be quiet and neither will I. https://t.co/dakFPKj0vJ

I really like this no-fucks-given Beto. We haven’t seen him in a while–the ultra-candid Beto whose speeches kept going viral simply because they were so passionate and genuine.

As for Trump, he visited with survivors in Dayton and El Paso today. Here’s the kind of stuff he was tweeting in between visits:

Watching Sleepy Joe Biden making a speech. Sooo Boring! The LameStream Media will die in the ratings and clicks with this guy. It will be over for them, not to mention the fact that our Country will do poorly with him. It will be one big crash, but at least China will be happy!

It’s no wonder why he doesn’t understand Beto’s anger and assumes the issue is all about ratings envy and polls. Those are the only things that matter to Trump.