Are we surprised though? 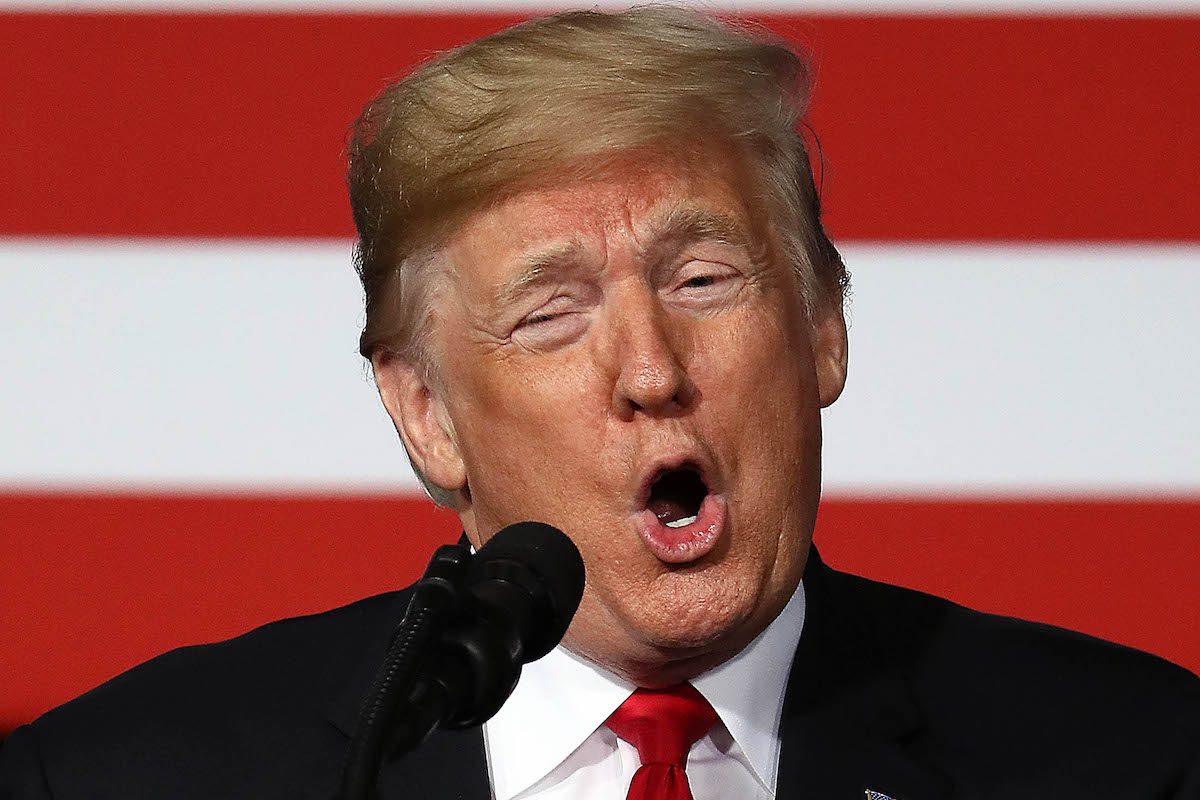 Texas is reeling the aftermath of another mass shooting. A category five hurricane is aiming towards the east coast. Things are getting crazy in the UK and continue to be awful in Hong Kong. So what does Donald Trump do this morning? Picks a fight with Debra Messing, of course.

On Friday, in response to news of a Beverly Hills fundraiser for Trump, Messing tweeted that she wanted to know who was on the guest list of the event.

Please print a list of all attendees please. The public has a right to know. https://t.co/YV4UoxrPHI

Messing wasn’t the first to call out the event and ask for the names. Her Will & Grace costar Eric McCormack tweeted the exact same thing the day before:

Hey, @THR, kindly report on everyone attending this event, so the rest of us can be clear about who we don’t wanna work with. Thx. https://t.co/7W3xPG3bI2

Trump, of course, went after a Jewish woman instead of a white man with his attacks, because what’s a day in his life without misogyny and antisemitism? Instead of responding to any of the various crises or calamities, Trump used his platform to tout his own television success and belittle an opponent.

I have not forgotten that when it was announced that I was going to do The Apprentice, and when it then became a big hit, helping NBC’s failed lineup greatly, @DebraMessing came up to me at an Upfront & profusely thanked me, even calling me “Sir.” How times have changed!

Do we need to break this down and outline how Trump is probably lying, and even if this is true, the encounter was most likely run-of-the-mill schmoozing and, for all we know, Messing wasn’t aware at the time that Trump was a racist sexual predator? No. It’s bad enough we have to give this clown attention at all. We should instead note that Messing and McCormack’s initial point—that people have a right to know who their bosses are giving money to—is completely right.

Messing responded the right way, by turning the attention to the victims of the latest mass shooting, which Trump did later tweet about (not that he will do anything to stem the tide of gun violence). Perhaps we should just be grateful that the Orange One didn’t have anything to say about “straight pride.” Yet.

—The Mary Sue has a strict comment policythat forbids, but is not limited to, personal insults toward anyone, hate speech, and trolling.—