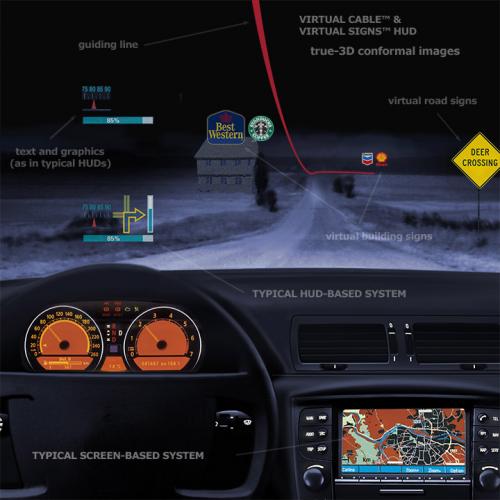 The idea of mapping a HUD display onto the windshield of a car seems like a pretty neat idea, but in the past it’s run into some snags. Visuals popping up over what the driver is seeing could be distracting, and the fact that the windshield is constantly moving makes it rough for the images to have any sort of consistent context, not to mention if the physical tech is too big, it’d be a pain to install. Well, the True3D Heads Up Display & Navigation System from Making Virtual Solid seems to have overcome those obstacles. That’s why it picked up the 20,000 euro prize at the European Satellite Navigation Competition in Munich.

It’s only in the demonstration phase at the moment, but the tech looks promising. The idea is that the display slaps translucent images on the windshield that actually match up to real-life objects outside and updates those images in real-time (60 fps) so that they don’t so much look like they’re appearing on the windshield, but instead actually look like they are outside.

How the system would actually work is a little bit unclear, partially because a full explanation hasn’t been given and partly because I know squat about optics. Basically, True3D is what is called a conformal display because it maps to the outside world instead of just sitting on the windshield. Now, this technology isn’t exactly new; it’s been used in military planes for a while now. This does mark the first time, however, that it might be compact and affordable enough for consumer use. 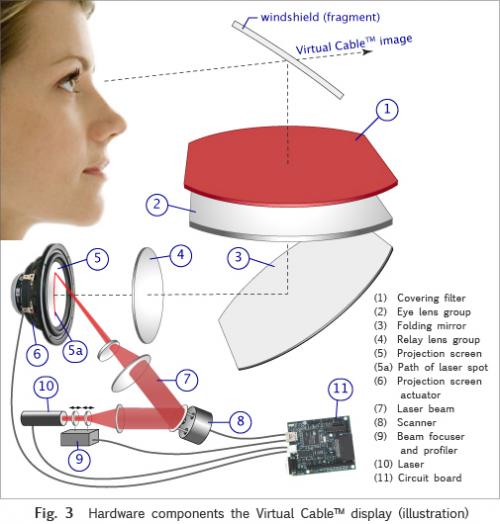 You can check out some actual footage of real field tests on the Making Virtual Solid website.