True Blood Hasn’t Quite Reached Its True Death, Might End Up as a Musical 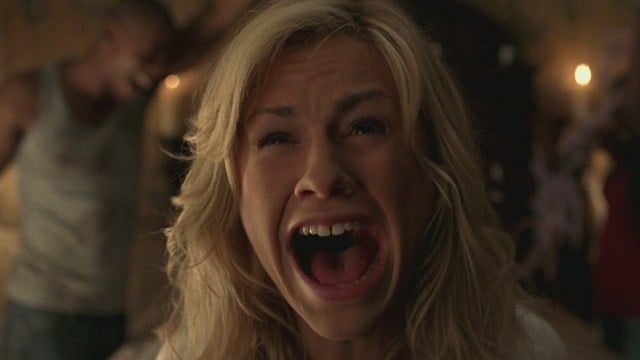 The last season of True Blood starts this Sunday, but fangbangers dreading their show’s demise might have something else to look forward to: A musical!

Nathan Barr, True Blood’s instrumental music composer, revealed he pitched a musical to HBO and show creator Alan Ball. Beel actor Stephen Moyer, who proved himself nowhere near as swoonworthy as young Christopher Plummer (but really, who is?) playing Captain Von Trapp in The Sound of Music Live!, even lent his pipes for some samples. “There’s no guarantees,” says Barr. “But I think the direction we’re heading in is really exciting.”

The musical, which Barr hopes to be workshopping by next year, will be a pared-down version of the show, so hopefully they’ll cut the werepanthers. “I think we’re really going to try to return to the roots of the show,” he explains. I’m confused. I thought the roots of the show were soft-lift, soft-core sex scenes and naked Alexander Skarsgård? That’s what I took away from the four seasons I watched, anyway. And Arlene. Always Arlene. How do you make a musical out of that? Don’t get me wrong—if you do, I would definitely be interested in seeing it.

What do you think? Are you more