John Gibson f-cked around and found out. 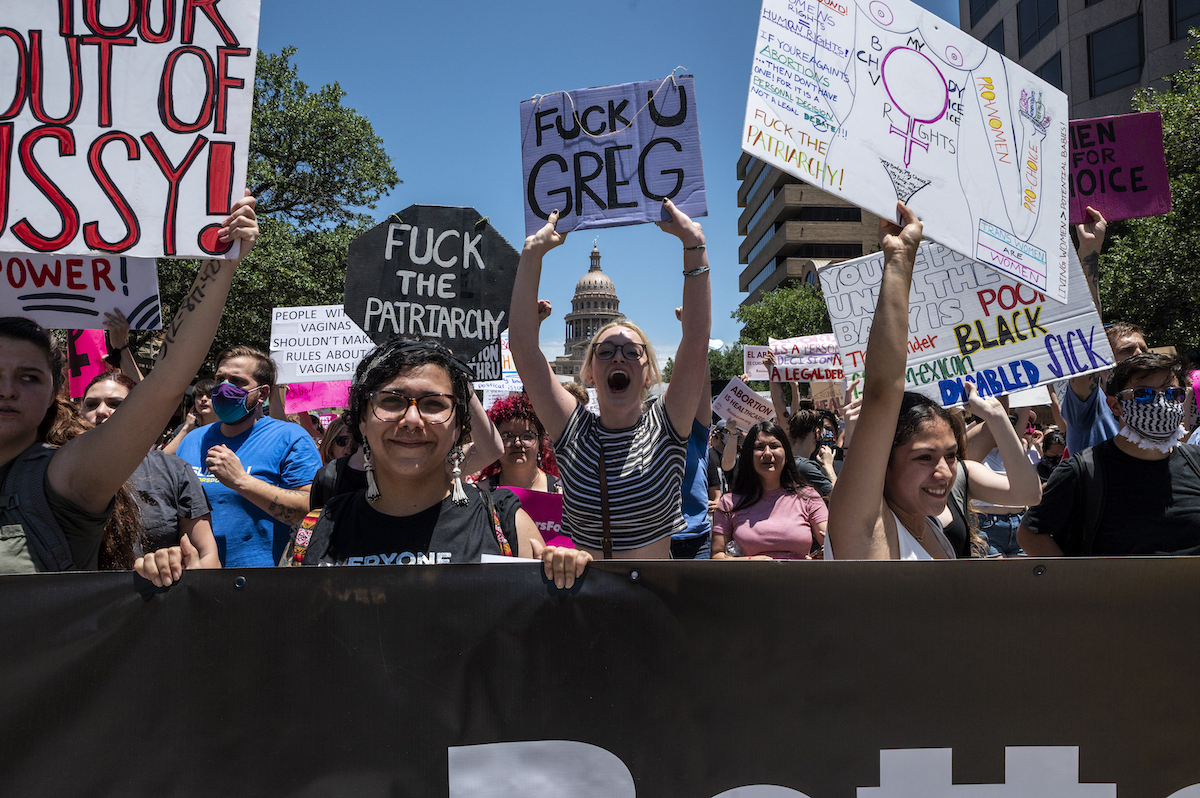 Last week, Texas passed a draconian new law that essentially outlaws abortion within the state. Abortions are now banned after six weeks, which is well before most people even realize they are pregnant.

In addition to banning abortion in cases of rape and incest, the extreme new law allows citizens to file lawsuits against anyone who performs, receives, or aids the process of an abortion, offering $10,000 bounties for anyone who wins their suit.

Many took to social media to express their fear, horror, and distress at the most extreme abortion ban in the country. But others, like Tripwire Interactive CEO John Gibson, decided that now was the perfect time to come out in support of such bans. Tripwire Interactive is a video game developer and publisher based in Georgia.

On September 4th, Gibson tweeted, “Proud of #USSupremeCourt affirming the Texas law banning abortion for babies with a heartbeat. As an entertainer I don’t get political often. Yet with so many vocal peers on the other side of this issue, I felt it was important to go on the record as a pro-life game developer.”

Proud of #USSupremeCourt affirming the Texas law banning abortion for babies with a heartbeat. As an entertainer I don’t get political often. Yet with so many vocal peers on the other side of this issue, I felt it was important to go on the record as a pro-life game developer.

Tripwire, which makes Maneater and Killing Floor, soon received a swift backlash from fans and colleagues. Apparently, celebrating women losing their rights is not great for business (who knew?!?).

Shipwright Studios, one of Tripwire’s co-development partners, released a statement saying, “We cannot in good conscience continue to work with Tripwire under the current leadership structure. We will begin the cancellation of our existing contracts effective immediately.”

We do not share the opinion expressed in a recent tweet by the president of Tripwire, publisher of Chivalry 2. This perspective is not shared by our team, nor is it reflected in the games we create. The statement stands in opposition to what we believe about women’s rights.

As a result, Gibson has now stepped down as CEO of the company. Tripwire released a statement on Twitter: “The comments given by John Gibson are of his own opinion, and do not reflect those of Tripwire Interactive as a company. His comments disregarded the values of our whole team, our partners and much of our broader community. Our leadership team at Tripwire are deeply sorry and are unified in our commitment to take swift action and to foster a more positive environment.”

A statement regarding recent events.

Naturally, folks online are mocking Gibson as the new poster boy for “f*ck around and find out.”

In like five minutes of research, it’s become clear that Tripwire president John Gibson put his own christian metal band in Killing Floor 2, including the song Disunion Reconstructed which features these lyrics pic.twitter.com/JteaBmw0Oc

My sincerest apologies to all good people at Tripwire for having such an absolute ass as company president.

john gibson fucked around and immediately found out https://t.co/eomtdecuPV

Recorded footage from Tripwire Interactive HQ of John Gibson being advised to step down following his tweet: pic.twitter.com/kedJfsRTDD

Freedom of speech doesn’t mean free from consequences. It never has and never will. John just found that out.