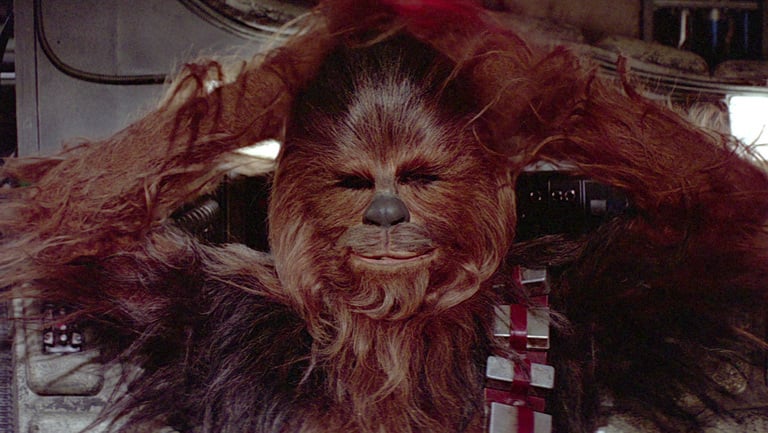 The T. chewbacca is flightless, 0.13 inches in length, and has hair-like structures on its antennae and legs. In their official report (where you can get a closer look at T. chewy), authors Matthew H. Van Dam, Raymond Laufa, Alexander Riedel introduce the different species and explain the resemblance they saw:

This epithet is a noun in apposition and based on the likeable fictional character Chewbacca in George Lucas’ Star Wars movies, portrayed primarily by Peter Mayhew. This species has dense scales on the head and the legs, which reminds the authors of Chewbacca’s dense fur.

But is the weevil loyal and brave? Will he fight by you, help you when you’re in trouble, and cry out in the world’s saddest lamenting roar when… anyway, it’s early to say whether the beetle will live up to this name. This isn’t the first time a species has been named after the Wookiee because, well, a lot of scientists are huge geeks. Discovery News points out that there’s a fuzzy Mexican moth (Wockia chewbacca) and a wasp (Polemistus chewbacca) that also has his name, in addition to other Star Wars-inspired names like the acorn worm Yoda purpurata or the trilobite Han solo. The more I look at the beetle the more… cute it is? What do you think?