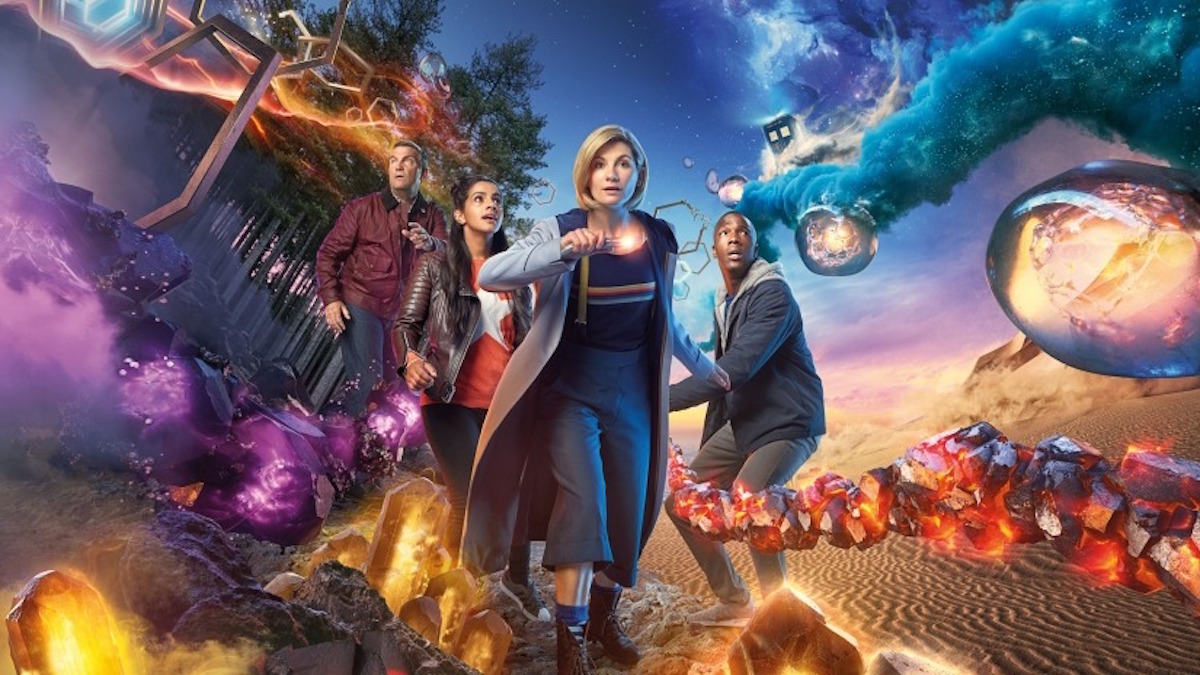 The BBC has removed former Doctor Who TV writer Gareth Roberts’ contribution to the anthology book Doctor Who: The Target Storybook, due to transphobic statements Roberts made in 2017.

News broke in a post from Medium titled “Statement on BBC Books and Transgenderism” written by Roberts himself. He explains that after his name was leaked as being one of the contributors to the book, people wanted him gone from the project because of his transphobic remarks in the past. “I was informed that although I would be paid, my story would not be published,” Roberts says, “as they judged – wrongly, in my opinion – that a potential boycott would make the book ‘economically unviable.'”

Back in 2017, he said in a tweet, according to The Guardian: “I love how trannies choose names like Munroe, Paris and Chelsea. It’s never Julie or Bev is it? […] It’s almost like a clueless gayboy’s idea of a glamorous lady. But of course it’s definitely not that.”

Roberts used this Medium post to clarify his opinions on “trangenderism” which are, as you could guess from him being a gay Conservative who has dabbled in transphobic and racist remarks in the past, transphobic.

“I don’t believe in gender identity. It is impossible for a person to change their biological sex. I don’t believe anybody is born in the wrong body. I think it’s wrong to – write a falsehood into law; compel people by law to speak words they do not believe; rewrite the law to remove women’s biological sex-based rights and protections; reinforce gender stereotypes; medicalise children who don’t conform to gender stereotypes. That’s it.”

That’s it, he only believes trans people are invalid on a show that has so many trans metaphors, trans fans, and a main character that changed their gender identity and has changed identities in general throughout the show.

He closed the statement by saying, “It would be interesting to know if BBC Books/Random House would be prepared to pull from publication writing by Sharron Davies, Graham Linehan, Linda Bellos, Robert Webb, Germaine Greer, Lionel Shriver, Julie Burchill or Martina Navratilova.”

What Roberts doesn’t seem to get is that if he was writing, say, an intro to a Jordan Peterson book, this wouldn’t have been a problem. However, despite its own toxic issues Doctor Who (which he calls “Dr Who” in his post) does generally strive to be genuinely inclusive, and his authorship is a blight on the franchise.

Roberts has his supporters, according to The Guardian, both Julie “Bisexuals are a fashionable trend” Bindel and Toby “pro-‘progressive eugenics’” Young support him and his statements.

Susie Day also admitted she was one of the anthology authors who protested Roberts’ inclusion because “being involved felt like a tacit endorsement of his views,” as she expressed on Twitter.

When I signed up to the project, I only knew of him as a DW TV writer. When the contributor list leaked, I learned his inclusion was incredibly hurtful to trans fans, and why. Being involved felt like a tacit endorsement of his views. Big nope.

Bethany Black, the first trans actor in Doctor Who (” Sleep No More“), also applauded the decision.

It’s great that BBC recognized how Roberts being included was damaging to Doctor Who fans, but sadly, transphobic ideology is spreading. As allies we have to make sure we are challenging those who think that their vile and harmful rhetoric doesn’t have real consequences that affect trans people every day.

(via The Guardian, image: BBC)