Things We Saw Today: Transformers the Card Game Has a Titan-Sized Trading Card 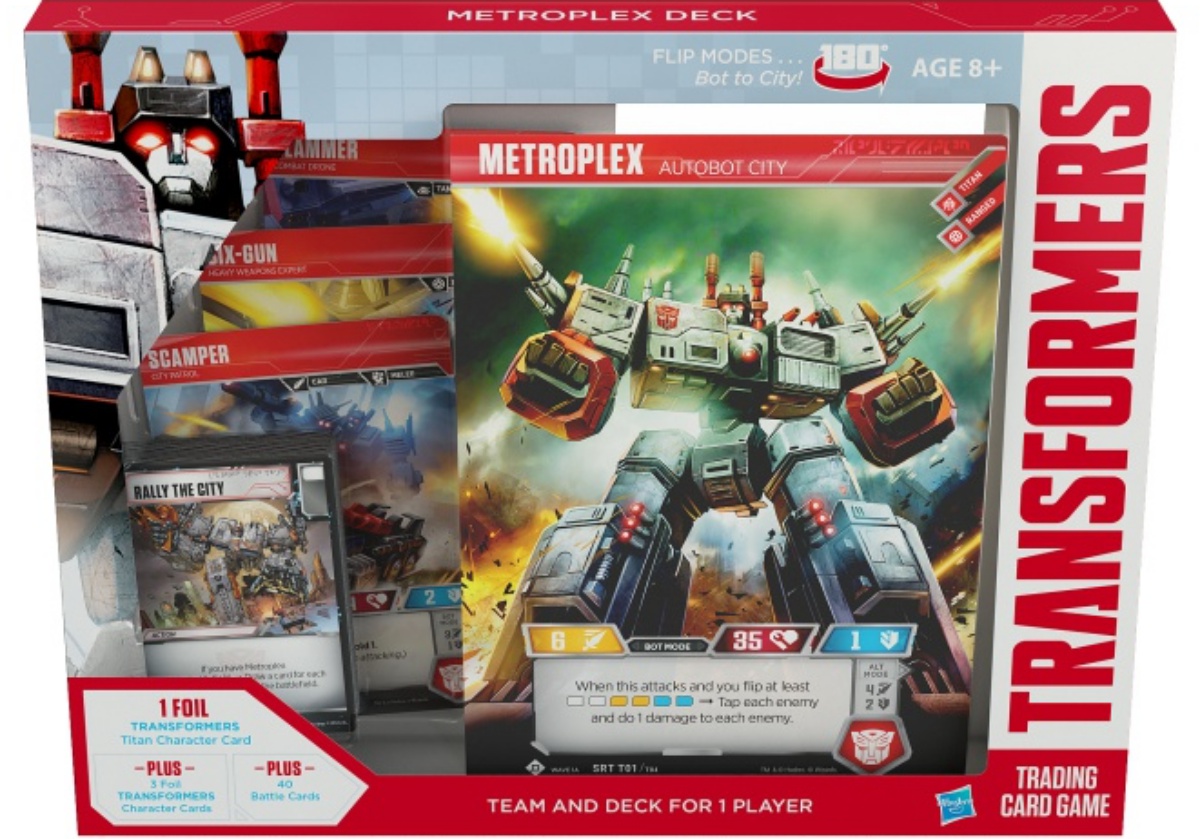 We reported earlier that Wizards of the Coast and Hasbro were teaming up to make a Transformers TCG set where people could battle each other, much in the vein of the Magic: The Gathering game. As the game gets closer to release they have announced their newest card Metroplex, a Titan.

“The character METROPLEX is a Titan – he converts into an entire city and towers over most of the other giants of the TRANSFORMERS universe. Keeping that in mind, we knew that METROPLEX deserved an even bigger card than the game’s standard oversized character cards,” said Drew Nolosco, TRANSFORMERS Trading Card Game Brand Manager. “The METROPLEX character card is 200mm tall – almost 8 inches. Whether in bot mode or alt mode, METROPLEX is one of the biggest TRANSFORMERS characters around, and now he has a suitably Titan-sized trading card.”

It features the METROPLEX, SCAMPER, SIX-GUN, and SLAMMER character cards and a 40-card deck of battle cards including three battle cards–Rally the City, Height Advantage and Protected by Metroplex—not available in the AUTOBOTS Starter Set or the TRANSFORMERS Trading Card Game Booster Packs

That is pretty boss and since Transformers and card games are two of my favorite things, I’m excited to see how this game works once I get this eight-inch card in my hands.

The METROPLEX Deck will be available for purchase at retailers in the United States beginning on Nov. 21, 2018, and in certain other markets later in 2018.

(image: Hasbro/Wizards of the Coast)