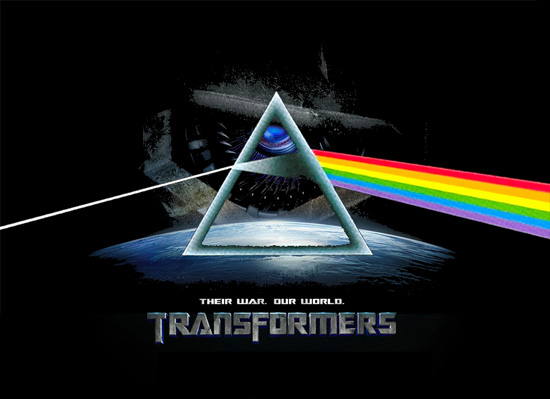 Based on some clever sleuthwork, some Transformers fans may have uncovered the full title of the third movie in Michael Bay‘s big-robots, bigger-budget trilogy: Transformers: The Dark of the Moon. Amazon.com has listed three books for release in May of 2011, presumably to tie in with movie; moreover, TransformersTheDarkoftheMoonMovie.com was registered by an proxy registrant on September 13. Nothing has been confirmed, however.

The Dark of the Moon is the title of a Howard Richardson stage play about “a witch boy who seeks to become human after falling in love with a human girl.” Could this be a movie about an Autobot falling in love with Rosie Huntington-Whiteley, or something like that? That would be dumb.

The only plot points we really know at present are that the villain is Shockwave, that the U.S./U.S.S.R. space race is involved, that this is (probably) really the end of the trilogy, and that Shia LeBeouf is, in Michael Bay’s words, “taking his first tenuous steps into adulthood while remaining a reluctant human ally of Optimus Prime.”