[Updated] It Looks Like Disney Just Announced a Toy Story 4

There's ANOTHER snake in my boot! 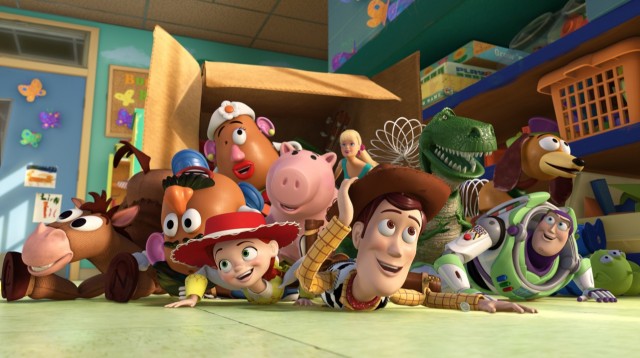 [Update] It’s official! HitFix got a press release about the call, in which John Lasseter talked about being excited for the project:

We love these characters so much; they are like family to us. We don’t want to do anything with them unless it lives up to or surpasses what’s gone before. ‘Toy Story 3’ ended Woody and Buzz’s story with Andy so perfectly that for a long time, we never even talked about doing another ‘Toy Story’ movie. But when Andrew, Pete, Lee and I came up with this new idea, I just could not stop thinking about it. It was so exciting to me, I knew we had to make this movie—and I wanted to direct it myself.

And Rashida Jones and Will McCormack (Celeste and Jesse Forever) are involved in the script. RASHIDA JONES! AHHH!

The news isn’t officially official yet—it comes to us from THR by way of an earnings call from Disney this Thursday, during which Bob Iger let slip that a fourth Toy Story film is on the way, as directed by Chief Creative Officer of Walt Disney and Pixar Animation Studios John Lasseter. It will reportedly hit theaters in June 2017.

More as the story develops!