The Best Part of This Totoro Gown is the Soot Sprites 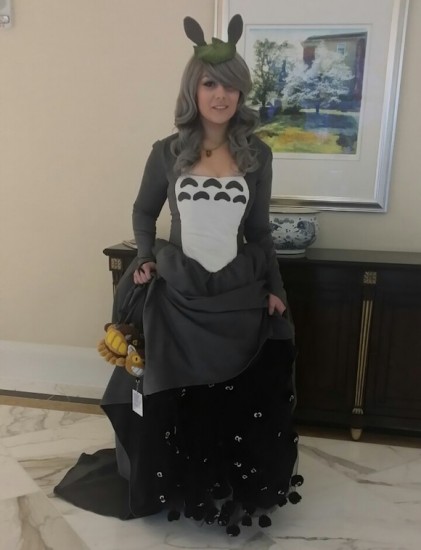 Katsucon Tumblred this picture of cosplayer Iris, who has crafted a simply lovely Totoro gown, complete with Catbus clutch and a hemline that reveals an amazing illusion: that an ever swirling mass of soot sprites can successfully masquerade as a grown woman with mad sewing skills. Check out her official Facebook page with more here.