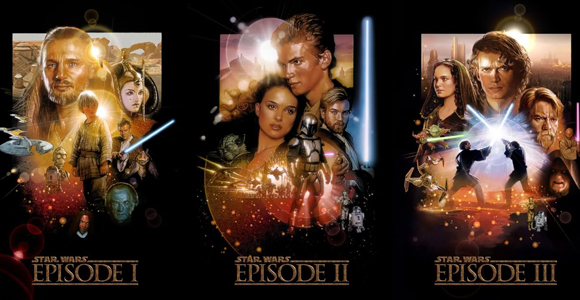 Topher Grace, actor from That 70s Show and Spider-Man 3, did something really interesting with his spare time. He took it upon himself to edit the three Star Wars prequels into one, 85-minute film. This…was a genius idea.

Here’s an explanation about how this all went down from /Film’s Peter Sciretta:

For those of you who don’t know, Topher Grace is a film geek. He loves the Star Wars films, the Back to the Future movies and all the same signature titles of any film geek who grew up in the 1980s. He recently became interested in the editing process and wanted to learn more about the art form. Instead of cutting a short film, he wanted to use something he was more familiar with. His idea was to edit the Star Wars prequels into one movie, as they would provide him a lot of footage to work with. He used footage from all three prequels, a couple cuts from the original trilogy, some music from The Clone Wars television series, and even a dialogue bit from Anthony Daniels’ (C-3PO) audio book recordings. He even created a new opening text crawl to set up his version of the story.

I can’t believe no fan has done this before (at least to my knowledge). Grace calls his masterpiece, Star Wars: Episode III.5: The Editor Strikes Back. Sciretta adds, “Topher Grace’s Star Wars film is probably the best possible edit of the Star Wars prequels given the footage released and available.”

The prequel trilogy runs around seven hours but Grace’s film is even shorter than Phantom Menace alone. “Whats better is that the character motivations are even more clear and identifiable, a real character arc not bogged down by podraces, galactic senates, Jar Jar Binks, politics or most of the needless parts of the Star Wars prequels,” writes Sciretta. “It not only clarifies the story, but makes the film a lot more action-packed.”

Star Wars: Episode III.5: The Editor Strikes Back was screened for a select few of Grace’s friends and associates. “We were told that this would be the one and only time he would screen his cut. Of course, there are tremendous legal issues which would prevent him from screening the edit in public. He has no intention of uploading the footage online, and doing a screening at, say, Comic-Con, would require uncle George’s [Lucas] permission — which probably would never happen.”

Here’s what I have to say about that…

Sciretta has a detailed breakdown of what he saw on /Film, give it a read if you want to know what you’re missing.