Will you accept our opening bid of a crumpled up dollar bill? 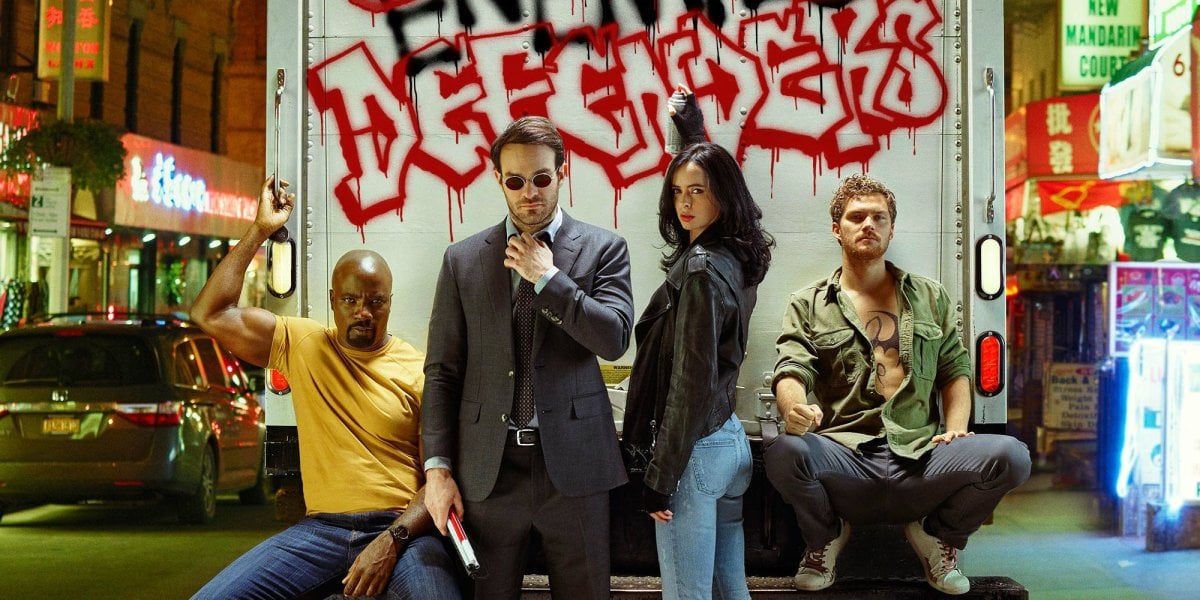 Now that the Netflix Marvel chapter has come to close (save for the remaining third season of Jessica Jones), the shows are packing up and unloading props for auction. Marvel and the Prop Store are holding an auction of over 750 props, costumes, and set decor from their series Daredevil, Luke Cage and Iron Fist.

As of now, Jessica Jones and The Punisher aren’t included in the auction, but that may change in the future, or they may be part of a separate auction. The auction is set to take place in Los Angeles at the beginning of August, but will allow for online bidders, as well.

Saying goodbye to canceled shows is always hard as a fan, especially when the shows held as much promise and talent as The Defenders did, but (if you can afford it) snagging one of these auction items is a nice way to remember your favorite show. While all of the items have yet to be listed, Prop Store has selected several props to feature.

If we had the ducats, here’s what we’d be spending our money on: 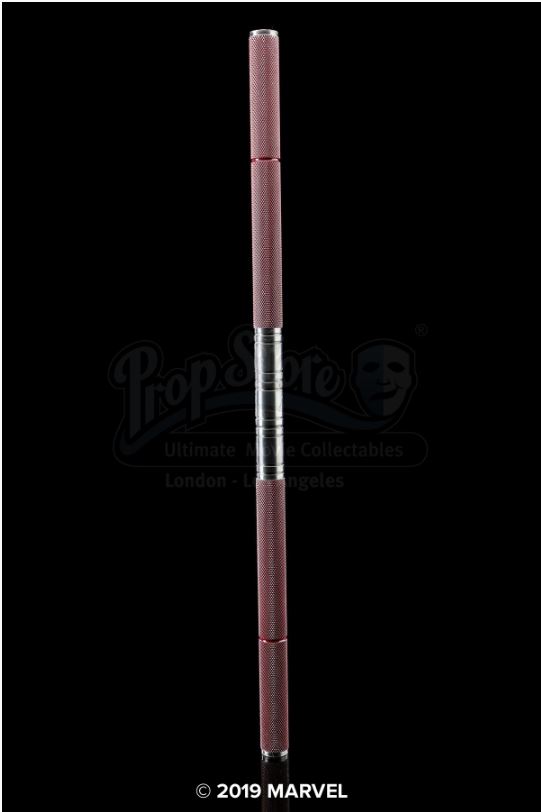 If you’re a weapons collector, you won’t want to miss Matt Murdock’s aluminum baton, perfect for fighting off members of the Hand, Bullseye, or Wilson Fisk himself. Plus, it has real-life uses, like knocking something off of a high shelf. You can feel like Daredevil himself as you bound around your apartment, inadvertently knocking things over. Hope that vase your mom gave you wasn’t too valuable!

Or you can use it as a makeshift cane after you injure yourself with your superhero shenanigans. Hey, it happens to the best of us. 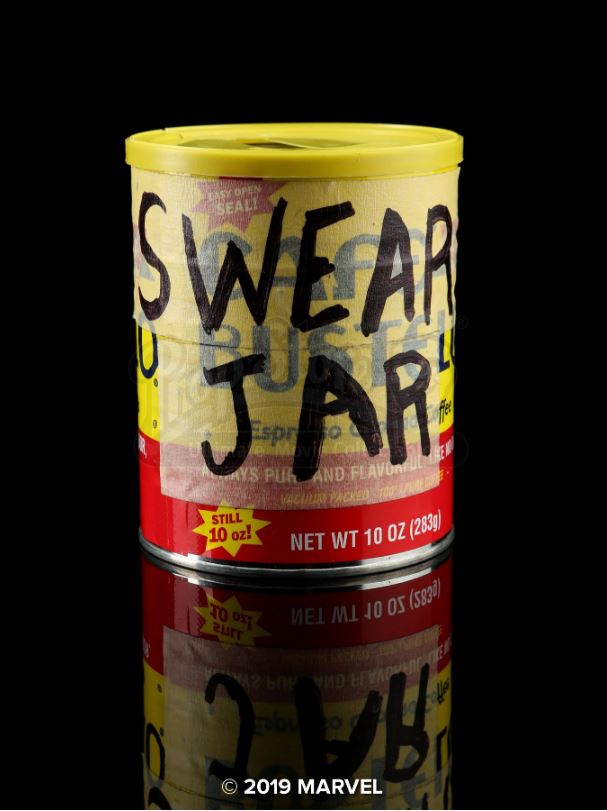 Luke Cage’s mentor, Pop, left a life of crime to open a barber shop and became a positive influence on the streets of Harlem. He even had a swear jar, encouraging friends and patrons to clean up their language. Not only is this a prop you can actually use, but it’s an emotional reminder of Luke Cage’s credo. “The past is the past. And the only direction in life that matters is forward. Never backwards.”

Okay, so maybe we’re not all that interested in props from the redheaded stepchild of the Defenders, Iron Fist, but Colleen Wing was a certified badass and more than worthy of wielding the Iron Fist. This katana would make a great wall piece, and you can also use it for chopping vegetables in the kitchen (just kidding, that’s a terrible idea).

But seriously, this prop is extremely cool and celebrates the best character on the short-lived series. 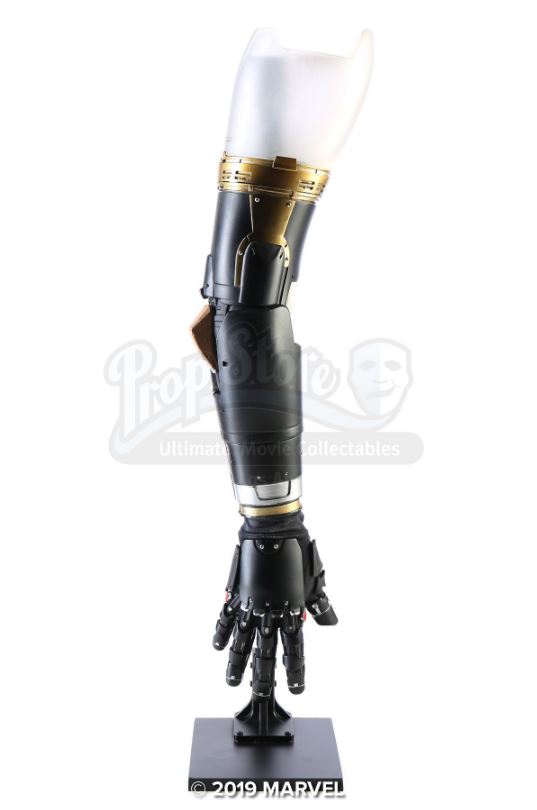 Misty Knight was already a compelling character and tough cop in her own right, but giving her a Winter Soldier-style bionic arm allowed Harlem’s finest cop to level the playing field when it came to fighting superpowered bad guys. Misty’s arm is a unique prop, and it celebrates one of Marvel/Netflix’s most complex heroines.

Besides, if you buy the arm and a friend buys Colleen’s katana, you two can make that Daughters of the Dragon spinoff the world is waiting for. 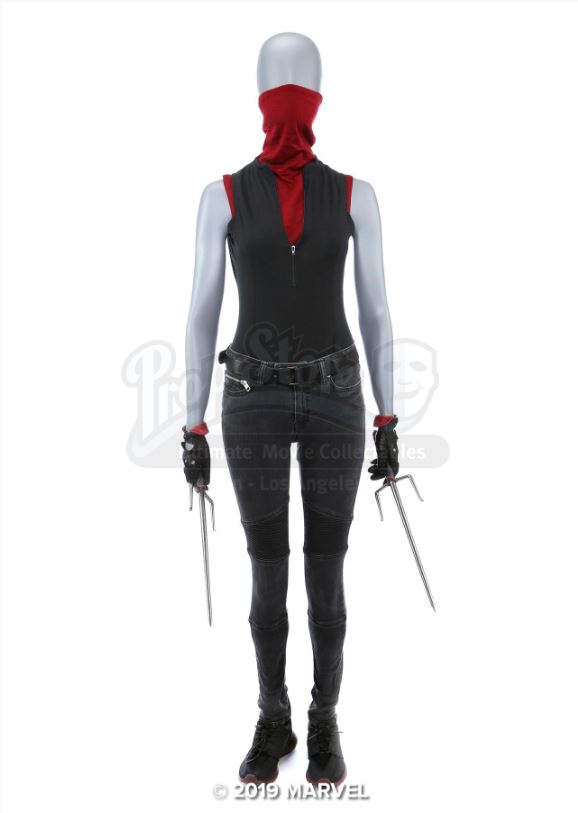 To be honest, we’re still waiting for a satisfying onscreen Elektra. First, there was the dismal Jennifer Garner solo film, and while Élodie Yung was a compelling presence, she wasn’t given enough material to work with in season two of Daredevil. Overall, Elektra felt like a missed opportunity for the normally strong series, and we would have much rather spent more time with her than focusing on Foggy’s love life.

But with this Elektra fighting costume and sai, you can embrace your inner Black Sky and kill at the next cosplay contest. Also, with those Sai, you can enjoy some Raphael cosplay from Teenage Mutant Ninja Turtles. Radical.

What would you snag from the Marvel/Netflix auction if you had the money? I would definitely want Jessica Jones’s leather jacket.