Toonami Is Returning to Adult Swim | The Mary Sue

No April Fool’s Joke This Time, Folks — Toonami Is Coming Back to Adult Swim 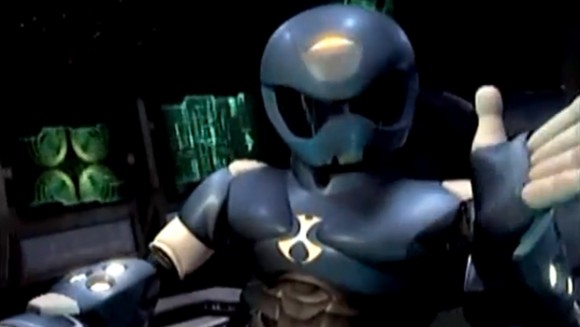 This past March 31, instead of its annual tradition of showing the classic horrible movie The Room, Adult Swim aired an unannounced showing of Toonami, its old anime block that ran from 1997 to 2008. After that, Cartoon Network started gauging interest via Twitter with the hashtag #BringBackToonami, and fans sprung to action. It was official. Fans wanted Toonami back, and Cartoon Network was ready. Toonami will return to Adult Swim on Saturday, May 26.

No word yet on what time or what shows will be a part of Toonami’s triumphant return, but what’s interesting about this whole thing is how Adult Swim/Cartoon Network basically had a conversation with its fans over social media and considered what they were hearing. Or rather, Cartoon Network wanted to bring it back, knowing how well that would go over, but wanted to yank their fans’ heartstrings and tease them madly for a little while, having every intention of bringing it back. As a regular viewer of Adult Swim — and a fan of its bumps — I feel like it’s more along the lines of the latter [those mischievous scamps]. And you know what? That’s just swell.

When it first aired, Toonami was hosted by an animated robot character named T.O.M., who was voiced by Cowboy Bebop‘s Steve Blum. The block featured mostly anime shows like Dragon Ball Z and Sailor Moon, as well as Cowboy Bebop, FLCL, and Full Metal Alchemist, the latter three of which still air on Adult Swim on late Saturday nights. No official details have been released yet as to which of these shows will definitely be part of the block, but Paste Magazine posits that those last three plus some new additions will be part of it. Also, no word on T.O.M. or original host, Moltar from Space Ghost Coast to Coast for that matter.

So, this is awesome for fans of old-school Adult Swim times, and May 26 should be a fun Saturday to consume mind-altering substances until the wee hours! Let’s celebrate, everyone — Toonami is back!