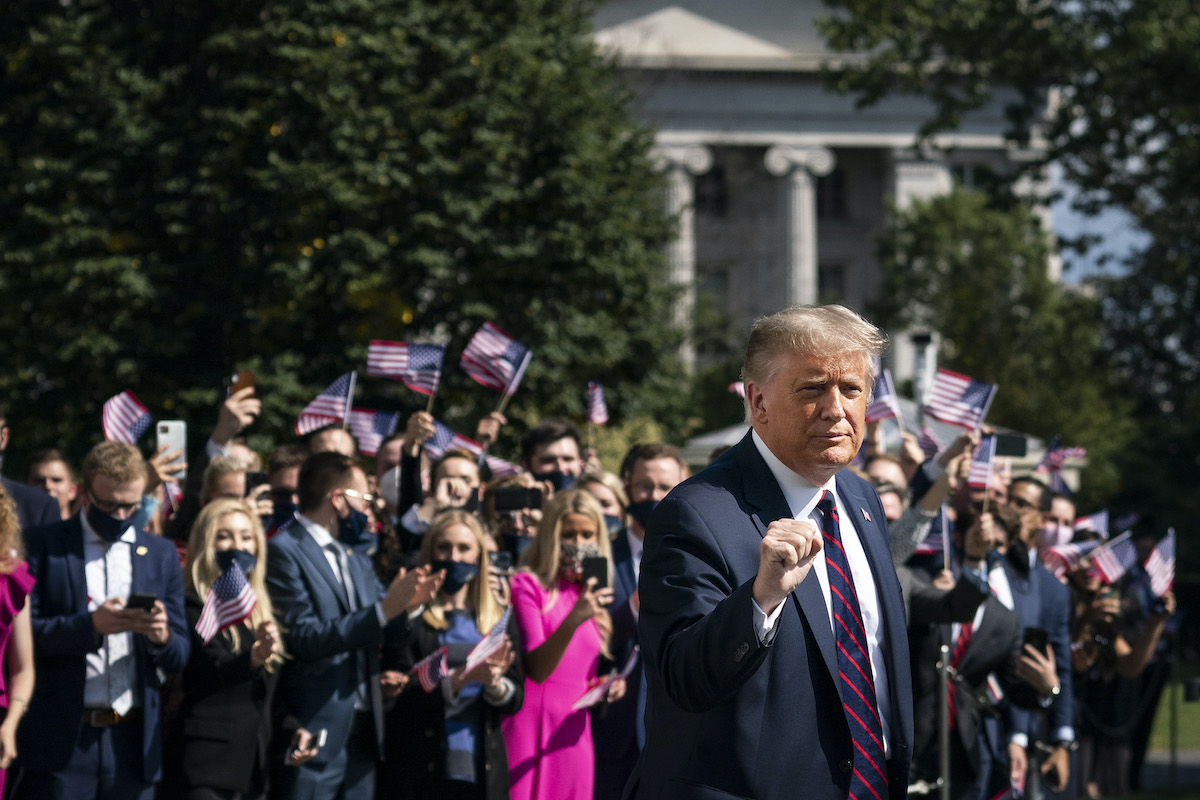 Today, October 2nd, has been about a hundred years long, hasn’t it? Obviously, this was the day we all found out that Donald Trump tested positive for the coronavirus, after months of downplaying the threat of the virus and hosting multiple, massive superspreader events.

If not for that news, maybe we’d have the bandwidth to focus on one of the MANY OTHER gigantic news stories of the day. Seriously, so much happened in the last 24 hours or so that, on any other day, would have been the biggest story of the week.

To name just a few:

We’ve already covered this, but today we heard audio of Melania Trump saying “Give me a f***ing break” about her husband’s family separation policy, insulting Fox News, and asking “Who gives a f*** about Christmas stuff?” This should be the biggest story of the weekend!

I’m mainly mad that we can’t just kick back and focus on the truly hilarious Melania tape https://t.co/LxTLnTuk0F

Amazon released data today showing that at least 19,816 of its employees have tested positive for the coronavirus since March. Amazon has previously face heavy and well-deserved scrutiny for the alleged lack of protections offered to their employees during the pandemic and 20,000 cases is a huge number. But the company is defending itself, noting that when taking into consideration the scope of the company, which also includes Whole Foods, 20,000 is actually far below the general population’s rate of infection. They say they released this data to encourage other companies to do the same.

The last time I wrote about these two, my headline was literally, “No Really, Why Isn’t Jacob Wohl in Prison?” As it turns out, he might be soon! After manufacturing sexual harassment/assault allegations against a slew of political figures, filing false police reports against supporters of Rep. Ilhan Omar, hiring actors to impersonate federal officers during a fake FBI raid, and starting a voter suppression robocall scheme (just to name a few!), it was the robocalls that finally brought actual felony charges.

Michigan Attorney General Dana Nessel filed a slew of charges against Burkman, 54, and Wohl, 22, including conspiracy to commit an election law violation and using a computer to commit the crime of election law – intimidating voters. Prosecutors allege the two political operatives were using a robocall system aimed at scaring Detroit voters away from using mail-in voting ballots. The calls, which were made in August, went out to nearly 12,000 Detroit residents.

Both Wohl and Burkman face four felony counts and a maximum sentence of 7 years in prison.

The voice on the call attributed to Wohl and Burkman attempts to trick listeners into not sending in mail-in ballots, falsely warning that the information would be used to track fugitives, collect on credit card debts, and enforce “mandatory vaccines.” The calls also told residents to “beware of vote by mail.”

So yes, it was a big 24/one million hours of news! What else did you see out there today?