Just Like Her Husband, Melania Trump Doesn’t Care About Anything but Herself 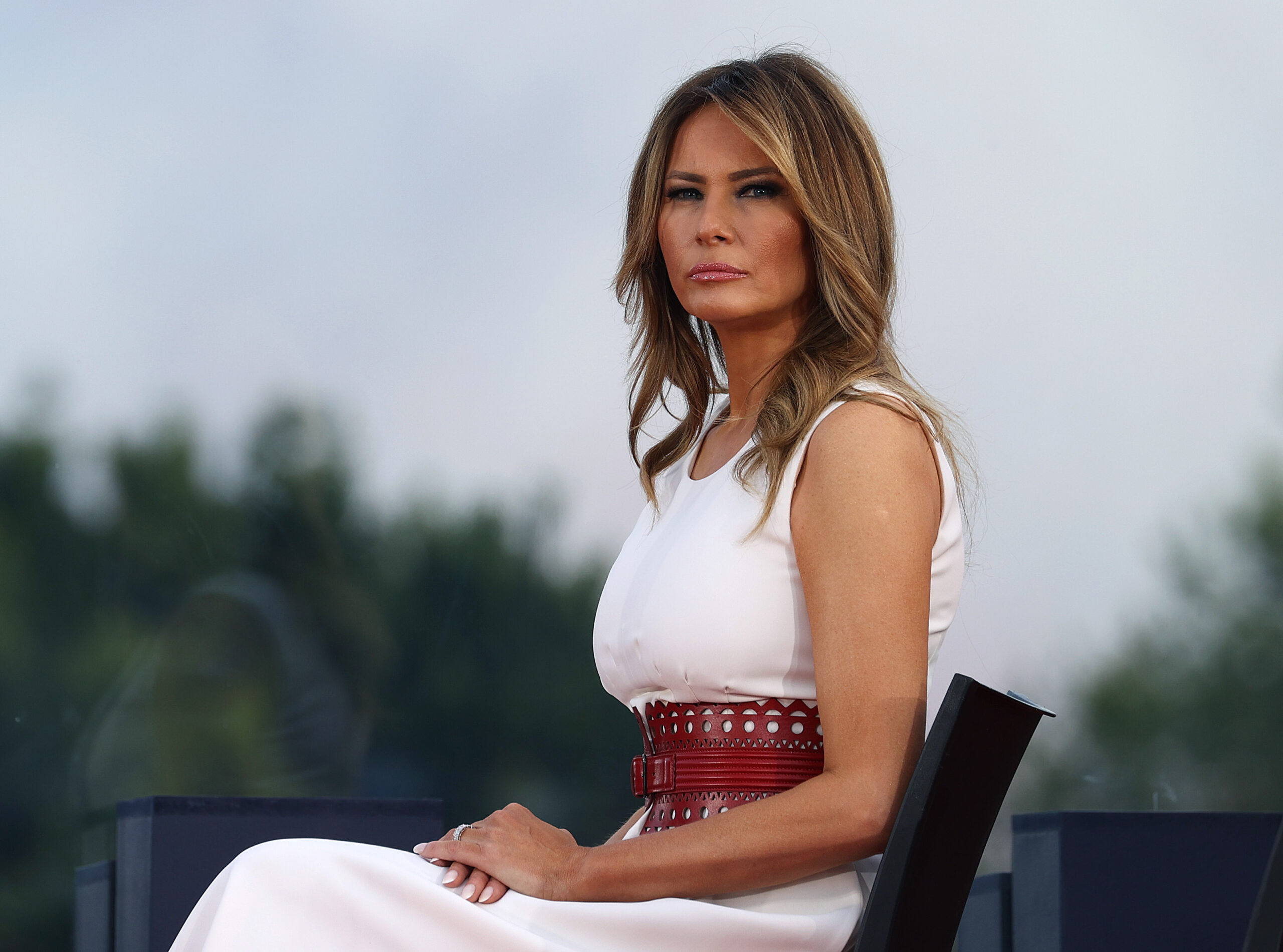 In what would almost definitely be the biggest news story of the weekend on a day when the president didn’t test positive for a potentially deadly virus after hosting a number of massive super-spreader events, audio has been released of Melania Trump, in which she sounds just as angry, uncaring, and anti-liberal as her husband.

The audio comes from Melania Trump’s former senior advisor and close friend, Stephanie Winston Wolkoff, who recently released a book about their relationship called Melania and Me. Wolkoff recorded a number of phone calls between herself and Trump in the lead-up to her firing and accusations that she’d engaged in criminal activity in relation to Donald Trump’s inauguration.

In this call, which Wolkoff released to CNN, Trump expresses anger at the “liberal media” for criticizing her complacency regarding her husband’s family separation policy, and frustration over having to do traditional First Lady duties like overseeing the White House Christmas decorations.

Melania Trump sounds to be at her wits’ end talking to Wolkoff about the way the “liberal media” portrays her.

In secretly recorded audio, Melania Trump says about reporters asking her about kids separated at border: “Give me a fucking break.” She assails the “liberal media,” says she doesn’t want to do a story on Fox, and adds, “Who gives a fuck about Christmas stuff and decorations?” pic.twitter.com/Ia2U2WmzN5

“They say I’m complicit. I’m the same like him, I support him. I don’t say enough I don’t do enough where I am,” she says in the recording. “I’m working … my a** off on the Christmas stuff, that you know, who gives a f*** about the Christmas stuff and decorations? But I need to do it, right?”

“OK, and then I do it and I say that I’m working on Christmas and planning for the Christmas and they said, ‘Oh, what about the children that they were separated?’ Give me a f****** break. Where they were saying anything when Obama did that? I can not go, I was trying to get the kid reunited with the mom. I didn’t have a chance–needs to go through the process and through the law.”

There’s a lot going on here. First, I actually sympathize with Melania over her frustration at having to do things like holiday decorations, which might seem frivolous to her but are part of the traditional role of First Lady–a position that has pretty much always been rooted in sexist expectations and double standards. It is, however, still pretty funny since, as Anderson Cooper notes in the clip above, Donald Trump has made such a huge deal out of the mythic “war on Christmas,” and now we get to hear his wife essentially admit that they don’t actually care about Christmas in the slightest.

More important, though, is her callousness in response to being criticized for not doing or caring enough about immigrant and refugee children being separated from their families at the southern border. There is one possible reading of her conversation with Wolkoff where she can be seen as really wanting to reunite families and being genuinely frustrated by the slowness of the legal process.

That generous interpretation has to ignore a lot, like the mocking tone she uses in imitating the criticism of her inaction, the flippancy of her “Give me a f****** break” comment, and the infamous “I Really Don’t Care, Do U?” jacket she wore to the border, which Wolkoff claims was the publicity stunt it always appeared to be.

In another recording, Wolkoff asks Trump why she wore the jacket. “I’m driving liberals crazy, that’s for sure … and they deserve it,” Trump replied.

That kind of comment, like her pivoting to the Obamas, sounds like it could have come out of her husband’s mouth just as easily as hers. Here’s how that clip above continues, as she complains to her friend that the “liberal media” wouldn’t give her the kind of favorable coverage she thought she deserved:

So she’s mad that only Fox News will regurgitate her office’s positive slant and she blames media bias for that rather than herself and her husband’s actions. Yup, sounds like a Trump.

Here’s the thing about the Melania tapes, whichever side you’re on: they’re drowning in self-pity, and she acts like, thanks to Trump and the media, she never has a choice in how to behave. She always has a choice#MelaniaTapes