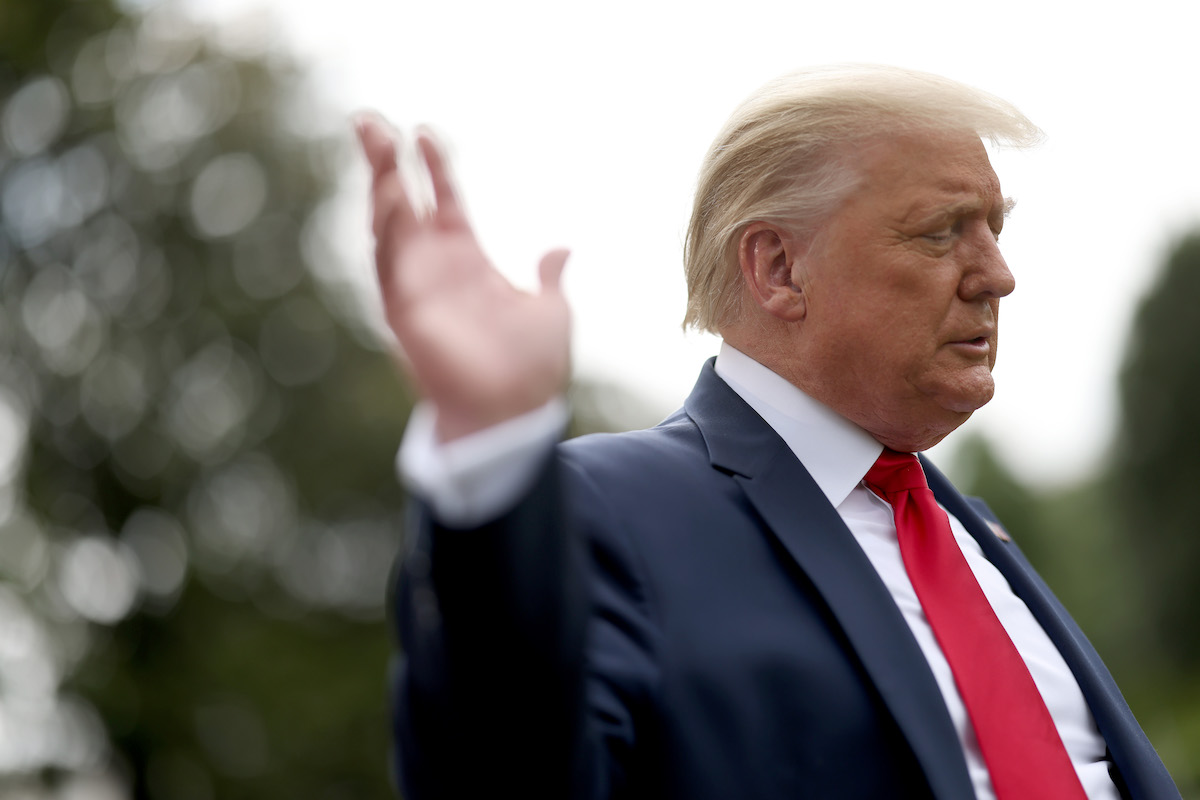 For weeks, Donald Trump has been trying to block the publication of a tell-all book written by his niece, Mary Trump. Which might make you wonder, what exactly is he worried about her revealing?

Originally, a judge blocked the publication of Too Much and Never Enough: How My Family Created the World’s Most Dangerous Man, scheduled to be released on July 28th. Trump says Mary, like the rest of his family, had signed a nondisclosure agreement. An appelate judge overturned that ruling, though, and Simon & Schuster moved the publication date up to next week.

In the meantime, here are some of the best and most damning bits that have been released by the press so far. There are a lot of them.

His “twisted behaviors”: He cheated on his SATs and sees “cheating as a way of life.”

As a high school student in Queens, Ms. Trump writes, Donald Trump paid someone to take a precollegiate test, the SAT, on his behalf. The high score the proxy earned for him, Ms. Trump adds, helped the young Mr. Trump to later gain admittance when he transferred as an undergraduate to the University of Pennsylvania’s prestigious Wharton business school.

Mr. Trump has often boasted about attending Wharton, which he has referred to as “the best school in the world” and “super genius stuff.” (via New York Times)

He made gross comments about his niece’s body.

In one particularly disturbing scene from a trip to Mar-a-Lago, Mary recounts how when she was 29 and wearing a bathing suit and a pair of shorts to lunch at the resort, her uncle looked up at her and remarked, “Holy shit, Mary. You’re stacked.”

“Donald!” Marla Maples said to her then-husband, slapping him on the arm.

“I was twenty-nine and not easily embarrassed, but my face reddened, and I suddenly felt self-conscious,” Mary recounts. “I pulled my towel around my shoulders. It occurred to me that nobody in my family, outside of my parents and brother, had ever seen me in a bathing suit.” (via The Daily Beast)

His family was as surprised and disgusted by his election as the rest of us.

Even at the start of Mr. Trump’s campaign, his sister, Maryanne Trump Barry, a retired federal appeals court judge, had deep reservations about his fitness for office, Ms. Trump writes.

“He’s a clown — this will never happen,” she quotes her aunt as saying during one of their regular lunches in 2015, just after Mr. Trump announced that he was running for president.

Maryanne Trump was particularly baffled by support for her brother among evangelical Christians, according to the book.

“The only time Donald went to church was when the cameras were there,” Ms. Trump quotes her aunt as saying. “It’s mind boggling. But that’s all about his base. He has no principles. None!”

It seems like the trump family feels the same way about trump as we do. pic.twitter.com/2BKe86yeaX

I feel like Maryanne would be fun to hang out with.

She basically turned into a spy to bring down Donald.

During the fight over the inheritance, Mary Trump says, she was told that her grandfather’s estate was worth $30 million. But after being contacted by a reporter for the New York Times in 2017, she retrieved boxes of financial papers that she says showed the estate was actually worth $1 billion. She writes that she became a key source for the newspaper’s 2018 investigation of the family finances, which won a Pulitzer Prize.

She describes how one of the Times’ reporters gave her a disposable cellphone to communicate securely. She says she loaded 19 boxes of Trump family financial material into a truck and shared the boxes with several Times reporters. She says she had a new mission: “I had to take down Donald Trump.” The Times did not respond to a request for comment and previously has declined to comment. (via Washington Post)

Goldwater Rule be damned, Trump is a narcissist.

Ms. Trump, a clinical psychologist, asserts that her uncle has all nine clinical criteria for being a narcissist. And yet, she notes, even that label does not capture the full array of the president’s psychological troubles.

“The fact is,” she writes, “Donald’s pathologies are so complex and his behaviors so often inexplicable that coming up with an accurate and comprehensive diagnosis would require a full battery of psychological and neurophysical tests that he’ll never sit for.” (NYT)

Dinner with the Trump family sounds as awful as you’d imagine:

As Mary was walking through the halls of The White House, she recalls passing life-sized paintings of former first ladies. “I stopped in front of Hillary Clinton’s portrait and stood silently for a minute. I wondered again how this could have happened.”

At the dinner, just a few months after her uncle had moved into the White House, Mary recounts how Donald gestured towards Eric Trump’s wife, his daughter-in-law. “Lara, there,” he said. “I barely even knew who the fuck she was, honestly, but then she gave a great speech during the campaign in Georgia supporting me.” The couple had been together for eight years.

Don Jr. went on to give a toast to his father, at which point Mary got a waiter’s attention. “Can I have some more wine?” she asked. When the server returned with two bottles, and asked red or white, Mary responded “yes, please.”

The dinner wrapped in two hours and, as Mary notes, while it was twice as long as Thanksgiving or Christmas at her grandparents’ house, it was less time than Donald spent at a dinner with Kid Rock two weeks later. (DB)

You know the way Don Jr. looks at his father, thirsting for approval? That’s this family’s whole legacy.

At the end of the book, Mary Trump concludes that it was inevitable that her uncle would rely on division to govern the country, replicating the way she says Fred Sr. “turned his children against each other.” Donald Trump, she writes, “knows he has never been loved.” (DB)

I can’t wait to read this book. It’s out July 14th and is already a bestseller in preorders.