Did SNL Steal Their Birthday Clown Sketch From Tig Notaro? | The Mary Sue 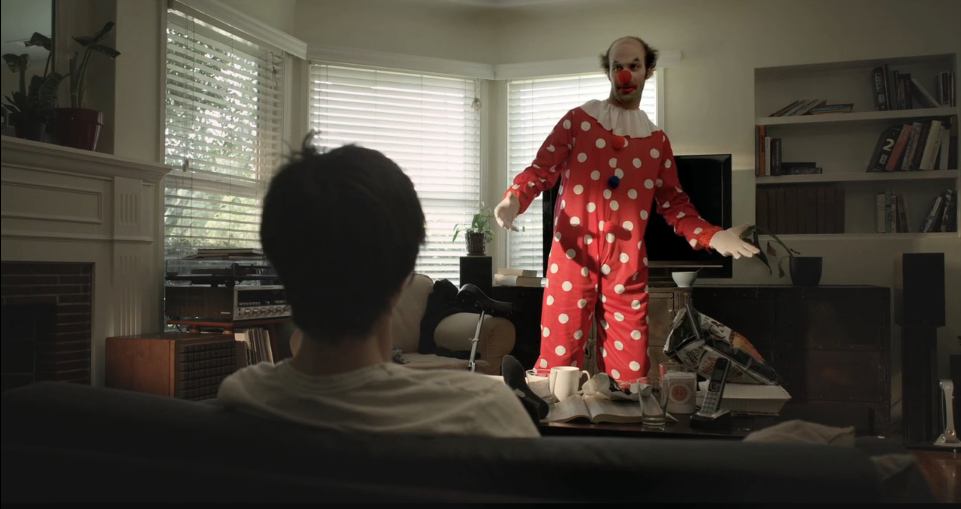 The latest episode of Saturday Night Live, hosted by Louis C.K., was–like most SNL episodes–may have been uneven, but had some great laughs and skewering commentary. The highs of the episode were very high. Like, for example, the behind-the-scenes imagining of that awful Pepsi commercial. But arguably, the best sketch of the night was “Birthday Clown,” in which C.K.’s character hires a clown to come cheer him up in his home, alone, no birthday party, no kids, nothing. Just a sad middle aged man and a clown, played to perfection by Bobby Moynihan.

It’s a fantastic sketch. It’s hilarious and ultra-depressing. It’s also, apparently, a total ripoff of a short film made by Tig Notaro.

The day after the episode aired, Tig posted her short, Clown Service, on her Facebook and Twitter pages.

I liked the SNL sketch, but I love that short. Your opinion may vary, of course, but I think Tig’s total earnestness (is she seeing balloon animals for the first time?), the relationship between her and the clown, and the sweeter ending all make for a more effective film than the condensed version.

The short has been screening at Los Angeles’ famous Largo at the Coronet for “over a year,” it screened at New York’s Vulture Comedy Fest and other film festivals, and she’s been showing it during the nationwide tour she’s currently on. All that is to say, this film is no secret. And given C.K. and Notaro’s professional relationship (he produced her brilliant comedy special Tig Notaro Live after seeing her perform the set AT LARGO), it’s surprising that he wouldn’t have known about the similarities.

And the similarities are numerous. The subject matter alone (which is based on a real experience of Notaro’s) is practically identical, with the SNL version merely being condensed into sketch length. From the overall tone to the specific framing of shots, it’s hard to deny someone involved didn’t know what they were doing. In the best-case-scenario, giving C.K. and the show the benefit of all doubts, maybe, considering that relationship between them, Notaro gave C.K. permission to borrow heavily from the film.

But nope. Tig has now released a statement (via EW) in which she calls this whole ordeal “extremely disappointing.” She makes it clear no one had permission to use her work, and she says there was an as-of-yet unnamed person who worked on the sketch who was definitely already aware of her film.

While I don’t know how all this actually happened, I did find it extremely disappointing.

Here is what I can tell you:

First off, I have recently learned that a writer/director who was fully aware of Clown Service when I was making it, actually worked on Louis C.K.’s clown sketch that is in question.

Secondly, Louis C.K. and I have not communicated in any way for nearly a year and a half.

And finally, I never gave anyone permission to use anything from my film.

I hesitated to even address any of this, but I think it is only right to defend my work and ideas and moving forward, I plan to continue screening Clown Service with the joy and pride I always have.

This isn’t the first time SNL has been accused of plagiarizing other comedians’ material. But Tig is a well known, semi-high profile comedian, and, again, a friend (or former friend) of the episode’s host. Did they really think no one would notice?