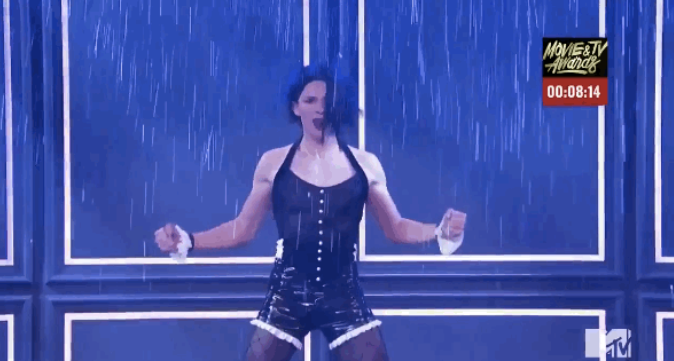 Zendaya, who ended up starring in Bruno Mars’ “Versace on the Floor” video because of her performance, shined as she danced away as Bruno Mars, but then no one could predict Tom Holland coming out with giant set pieces, a Rihanna wig, and showing his ability as a dancer in ways we’d never seen before.

I give you all Tom Holland performing “Umbrella” by Rihanna.

TODAY MARKS 3 YEARS SINCE THE INFAMOUS LIP SYNC BATTLE AIRED ON NATIONAL TELEVISION AND THE WORLD WAS BLESSED WITH TOM HOLLAND PERFORMING UMBRELLA BY RIHANNA PERFECTLY! and from that moment, I knew he was our perfect spider-man. pic.twitter.com/Np3EwyW5Li

The problem is that I physically cannot see this performance on my dash and simply scroll past. It’s impossible. If someone shares it on Twitter, I then have to watch it the entire way through and share it on my own page. It’s just how this works now, because for many, it was one of the first times they realized that Tom Holland could dance (not many were Billy Elliot the Musical superfans like my nerdy self).

What’s truly so sad about this episode of Lip Sync Battle is that Zendaya would have won against literally any other performance.

it’s been 3 years since zendaya did that at the lip sync battle then got to be in bruno mars music video pic.twitter.com/oyrzKV1ZBg

But, sadly, Tom Holland came out guns blazing and captured our hearts in one of the most iconic Lip Sync Battle performances of all time and so today we celebrate Tom but not only him. Let’s take a look at some other pretty epic performances from some of our favorite celebrities

Other honorable mentions throughout Lip Sync Battle‘s history are:

John Krasinski dancing to “Proud Mary” while Anna Kendrick does try her best.

Jenna Dewan taking on Ginuwine’s “Pony” in the style of Magic Mike in front of ex-husband Channing Tatum.

Joseph Gordon-Levitt literally being possessed by Janet Jackson in his “Rhythm Natio”n performance against Anthony Mackie.

And Emily Blunt giving us a good run for her money but Anne Hathaway’s take on “Wrecking Ball” is high on the list of great performances.

As we leave the world of Lip Sync Battle, here is Tom Holland singing along to Nelly’s “Ride Wit Me” to take us on the rest of our day.

Happy anniversary to Tom Holland’s performance of “Umbrella.” May you continue to be the thing Tom Holland is asked about most instead of, you know, PLAYING SPIDER-MAN.