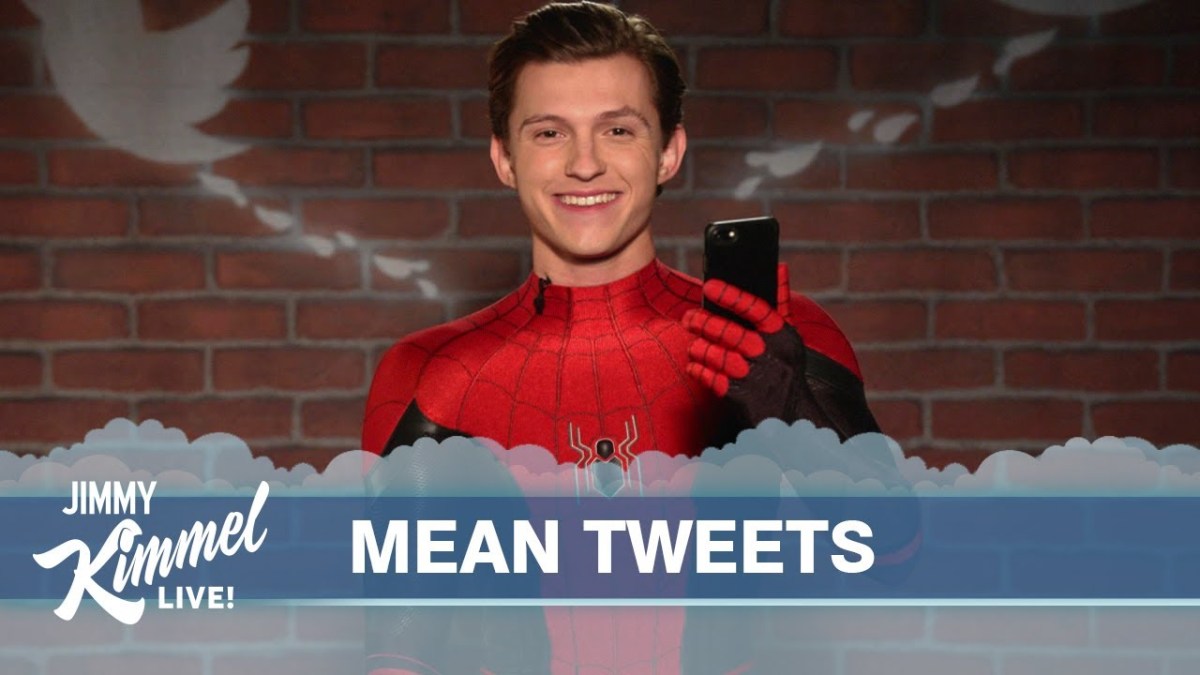 Tom Holland is Spider-Man, and he wants the world to know it. And can you blame him? He is one of the biggest movie stars out there today, but right now, he’s doing some press for a certain upcoming film, and that means that there are going to be some … interesting tweets about him that aren’t really based in anything other than celebrity jealousy.

Jimmy Kimmel loves to do a bit on Jimmy Kimmel Live! which has celebrities reading mean tweets about themselves. I don’t particularly love it because some of these tweets were not tagged and are then called out on the show, but sometimes, we are gifted with a great reaction from the celebrity in question that makes it a bit more worth it.

This time, it was Spider-Man: No Way Home star Tom Holland. When one Twitter user called him a wanker, Holland had a simple response: “And he’s also Spider-Man.” It is so easy for us to get bogged down by people hating on us all for one reason or another, but Holland’s response is an inspiration—mainly because yeah, no matter what, at the end of the day he IS Spider-Man.

It’s just so casually fun and makes a snarky statement endearing. Let the haters hate. Mean Tweets is a segment meant to show us that celebrities see when we’re mean to them online and also, I think, to humble them a bit. I don’t like it, but I do love videos like this one where Holland clearly didn’t care what that tweet had to say about him, which is an attitude we could all stand to keep in mind.

Other celebrity tweets include Hannah Waddingham singing “F**k you” in an operatic voice in response to a user saying she looks insufferable, or Timothée Chalamet not knowing what to make of a tweet about him and the peach.

At the end of the day, Tom Holland is Spider-Man so whatever you want to say to mock him, he’ll always have that. I hope that’s what Holland uses from now on if anyone asks him a question. Goes to a restaurant? Hi, a table for Spider-Man please. His mom is mad at him for something? “Mom, I’m Spider-Man.” I don’t care, I think this is incredibly funny so thanks to you, blurred out Twitter user.