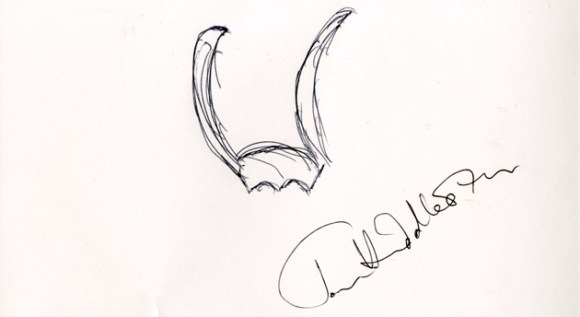 I’m going to go out on a limb and guess Tom Hiddleston isn’t an artist. I will go further out on that limb and say fans will bid on anything he’s touched. Empire Magazine are auctioning off this doodle and signature from the Thor: The Dark World actor. They write, “drawn by Mr. Hiddleston himself at the Thor press conference in 2011. We’ve had it for a while, and finally figured we should auction it off for charity.” The proceeds of the sale will go to UNICEF UK and you have nine days to bid on Ebay for it. Just FYI, it’s already sitting around $730.