Tom Cruise Doesn’t Want Other People to Run Alongside Him

But Annabelle Wallis did it! 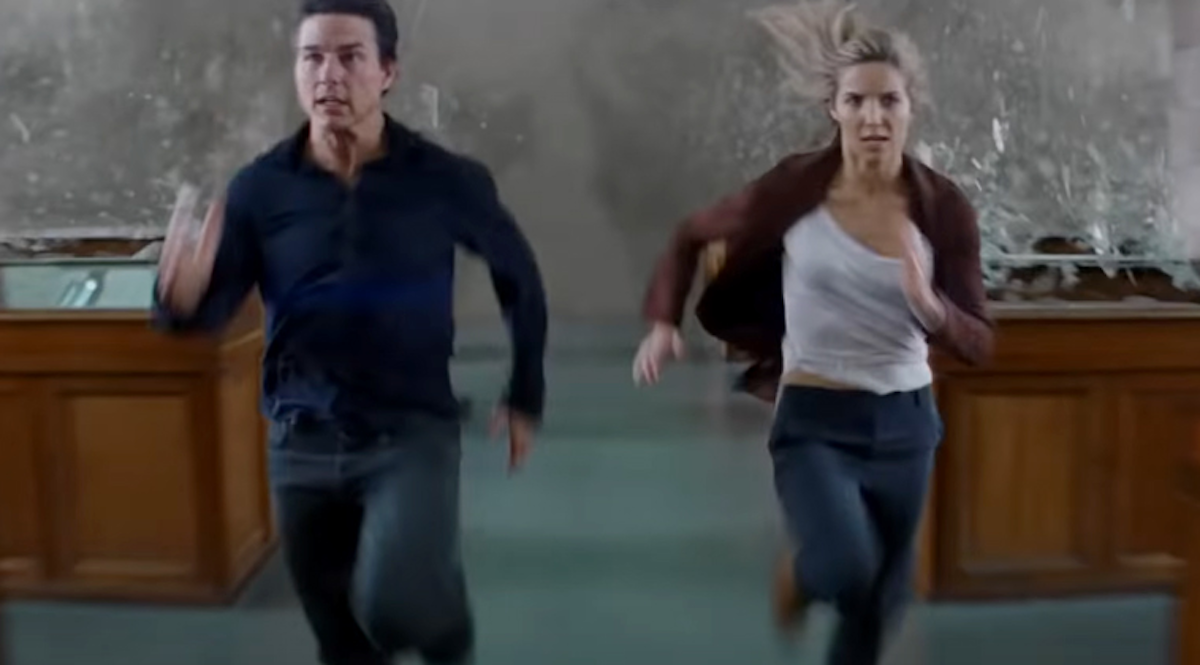 If you’re watching an action movie with Tom Cruise, there’s one thing you can expect: Running. It’s pretty much his signature thing. The 58-year old actor is still famous for doing his own stunts and committing completely to his roles. But … it doesn’t sound like he likes competition, according to a recent interview in The Hollywood Reporter with the co-star in The Mummy, Annabelle Wallis.

Wallis took a deep dive with THR on her new film Malignant and her departure from Peaky Blinders, but also talked some about the infamous 2017 Cruise-starring flop, The Mummy. The film that was supposed to launch the “Dark Universe” franchise didn’t connect with audiences, but Wallis did manage to impress Cruise enough that he let him run with her.

Yeah, Tom Cruise doesn’t like anyone sharing the screen with him when he going into Sonic mode, apparently. “I got to run on-screen with him, but he told me no at first. He said, ‘Nobody runs on-screen [with me],’” Wallis shared, adding: “And I said, ‘But I’m a really good runner.”

But Cruise had to be convinced, and Wallis had a plan for that. “I would time my treadmill so that he’d walk in and see me run. And then he added all these running scenes. So, that was it. It was, like, better than an Oscar. I was so happy! I was so happy that I got to run on-screen with Tom Cruise.”

That’s both brilliant and impressive and in general, Wallis had nothing but good things to say about working with Cruise. “He’s Tom Cruise. He’s his own thing. He’s such a movie star, and he does his own bloody stunts!” Wallis told THR. “He means business, and he loves this business. He’s a cinephile. I think people are in awe of that kind of passion and love for cinema and a desire to excel, to keep growing and keep pushing boundaries. He’s on a different level.”

To be doing what Tom Cruise does in his late fifties is pretty dang impressive, especially to this journalist (in my thirties) considering I hurt myself trying to make coffee this morning. If he wants to run alone, I guess he’s earned it, even though that’s a pretty, uh, movie star demand. But good on Annabelle Wallis for tricking Tom Cruise into letting her into the frame.

She saw an opportunity … and she ran with it.