That Time That J.R.R. Tolkien Told Off the Third Reich 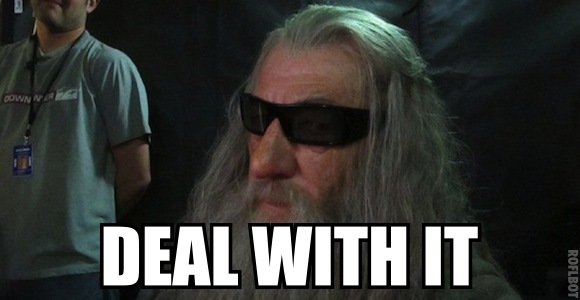 The Hobbit was published in 1937, the first work of fiction from Oxford professor John Ronald Reuel Tolkien whose only previous claim to fame was writing one of the (still!) most influential essays on the interpretation of the Old English epic Beowulf. It was an overnight success, and it’s safe to say that the fantasy genre was never quite the same. But at the same time, in 1937, Adolf Hitler was consolidating his power as leader of the Third Reich. By May of the next year Germany had already annexed Austria, and Hitler announced his intention to use the utmost military force to subdue Czechoslovakia.

This was the climate in which publishing house Rütten & Loening, while attempting to secure the rights to publish a translated The Hobbit in German, asked J.R.R. Tolkien if he could provide proof that he was of Aryan descent.

This implication infuriated Tolkien, as it might many people, not because of the assumption that he might be Jewish but because R&L were implying that it mattered to their transaction. He told his own publisher that if it were up to him he would flat out refuse to be published under any system that made a point of using or declaring his or anyone’s non-Jewish status as a part of the vetting process. “I do not regard the (probable) absence of all Jewish blood as necessarily honourable; and I have many Jewish friends, and should regret giving any colour to the notion that I subscribed to the wholly pernicious and unscientific race-doctrine.”

However, he understood that it was his publisher’s livelihood that was primarily concerned, not his, and so left the decision of whether to dump the deal outright with Stanley Unwin of George Allen and Unwin. However, he did provide two letters of response for Unwin to send in place of the Bestätigung that would have confirmed the lack of Jewish blood in his descent. One sidestepped the question entirely, while the other lashed out a the entire idea that it should be necessary in the first place, as only a master linguist can:

Thank you for your letter. I regret that I am not clear as to what you intend by arisch. I am not of Aryan extraction: that is Indo-Iranian; as far as I am aware none of my ancestors spoke Hindustani, Persian, Gypsy, or any related dialects. But if I am to understand that you are enquiring whether I am of Jewish origin, I can only reply that I regret that I appear to have no ancestors of that gifted people. My great-great-grandfather came to England in the eighteenth century from Germany: the main part of my descent is therefore purely English, and I am an English subject — which should be sufficient. I have been accustomed, nonetheless, to regard my German name with pride, and continued to do so throughout the period of the late regrettable war, in which I served in the English army. I cannot, however, forbear to comment that if impertinent and irrelevant inquiries of this sort are to become the rule in matters of literature, then the time is not far distant when a German name will no longer be a source of pride.

Your enquiry is doubtless made in order to comply with the laws of your own country, but that this should be held to apply to the subjects of another state would be improper, even if it had (as it has not) any bearing whatsoever on the merits of my work or its sustainability for publication, of which you appear to have satisfied yourselves without reference to my Abstammung.

While nobody knows which letter Tolkien’s publisher wound up sending to Rütten & Loening, according to Wikipedia, The Hobbit was not published in German until 1957.