People Are Concerned About Netflix's To the Bone | The Mary Sue 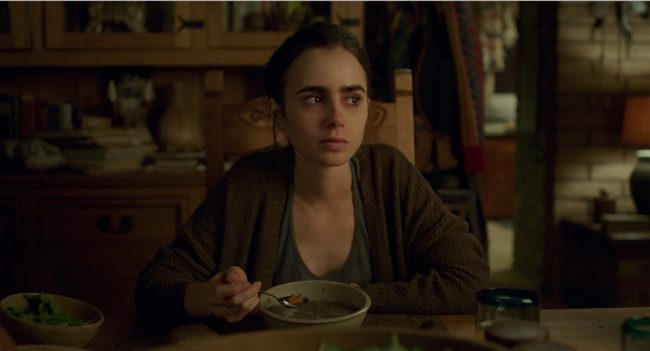 The upcoming Netflix film To the Bone is already experiencing pushback from viewers. The show has yet to premiere on Netflix, with the release date set to July 14th, but viewers are already cautious about the film and the fear it will romanticize mental illness and eating disorders.

For some context, here’s the trailer. Trigger Warning for portrayals of anorexia and eating disorders.

And here is the film’s synopsis:

“Ellen is an unruly, 20-year-old anorexic girl who spent the better part of her teenage years being shepherded through various recovery programs, only to find herself several pounds lighter every time. Determined to find a solution, her dysfunctional family agrees to send her to a group home for youths, which is led by a non-traditional doctor. Surprised by the unusual rules—and charmed by her fellow patients—Ellen has to discover for herself how to confront her addiction and attempt self-acceptance, in order to stand a chance against her demons.

Television veteran Marti Noxon brings her aptitude for storytelling to her remarkable debut feature, tackling the challenges of self-esteem with a refreshingly humorous—yet painstakingly honest—voice. Featuring a career-making performance by Lily Collins, and pitch-perfect supporting roles by Keanu Reeves, Carrie Preston, and Lili Taylor, To the Bone subverts expectations at every turn with its razor-sharp script, and its undiluted look at what young women face in living up to both society’s expectations of beauty, and their own.”

That fear isn’t unwarranted, as Netflix’s 13 Reasons Why was highly criticized for its portrayal of suicide and mental health. Many awareness groups pointed out how the series aimed at a teenage audience could potentially do more harm than good, and it sparked a huge conversation in schools. Much like 13 Reasons Why, To the Bone approaches a topic that needs to be discussed and seen, but holds high stakes when done without sensitivity.

Doubt towards To the Bone is a completely understandable reaction, especially since the music and humor of the trailer can come across poorly, but it’s unclear from the information we have so far about whether the film will follow or defeat those expectations. One reason I’m not too eager to write off To the Bone is because it’s a deeply personal story. Both Collins and director Marti Noxon have been open about their own struggles with eating disorders, and noxon posted this message in response to the accusations of glamorization:

The statement, in full, reads:

“Having struggled with Anorexia and Bulimia well into my 20s, I know firsthand the struggle, isolation and shame a person feels when they are in the grips of this illness. In an effort to tell this story as responsibly as we could, we spoke with other survivors and worked with Project Heal throughout production in the hopes of being truthful in a way that wasn’t exploitive.

That said, it’s important to remember that each person’s battle with EDs is unique and To The Bone is just one of the millions of ED stories that could be told in the US at this very moment. My goal with the film was not to glamorize EDs, but to serve as a conversation started about an issue that is too often clouded by secrecy and misconceptions. I hope that by casting a little light into the darkness of this disease we can achieve greater understanding and guide people to help if they need it.”

13 Reasons Why viewers had a wide array of criticism from viewers, advocacy groups, and mental health professionals behind that decision. Going through available reviews for Noxon’s film, I’m having difficulty finding the same kind of information. There’s no denying that To the Bone has a ton of responsibility on its shoulders, and we can only hope that it uses that platform to educate and empower. Hearing that Noxon worked closely with Project Heal and survivors, is definitely heartening.

That’s not to say that the “problematic” elements are binary, either, as if the movie can only be perfect or completely wrong in its storytelling. It’s very possible that as a personal story, the film will be compelling for some and completely unwatchable for others. As Noxon says in her statement, ED stories are diverse. Women of color stories, for example, are rarely brought up as EDs are seen as upper-class white problems, and EDs in men are also traditionally overlooked. The film, regardless of how it handles subject matter, likely has images that are incredibly triggering for some viewers and I hope Netflix includes a warning. I’m completely on the side of people who may choose to opt out of a film based on promotional material. If you don’t want to watch To the Bone, it’s no one’s place to tell you that you’re being close-minded and have to watch it.

It’s undeniable that To the Bone has already stated a conversation, but we’ll have to wait to see where it goes. What did you think about the trailer for To the Bone?

(via The Daily Dot, image: Netflix)