TMS Went to Flame Con 2, Fell in Love With All the Cosplayers

Where do they get such wonderful toys? 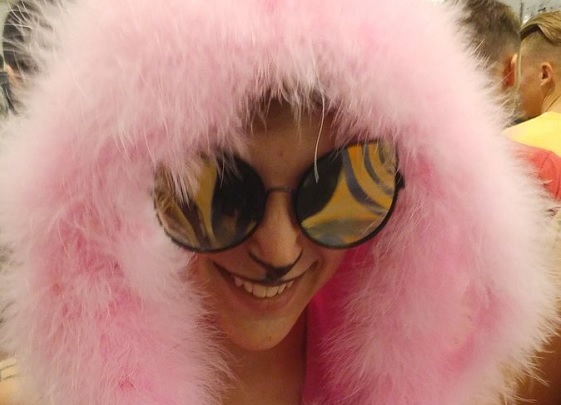 We’re a sucker for a good convention at TMS, but if there’s one complaint I have about most of the cons out there, it’s that they’re awfully straight. As a queer trans girl with an asymmetrical haircut, I can’t help but stick out in the average convention hall, even among people cosplaying mutants with blue skin. And that invariably makes me feel like I don’t belong.

That’s why I was so excited to attend this year’s Flame Con in Brooklyn: not just because the venue was a half-hour bus ride from my apartment, but because I was guaranteed to be with people that looked and identified like me, alongside a host of diverse gender expressions and sexual orientations. Flame Con is dedicated to providing a home for LGBTQIA comics fans, and they deliver; even my fellow introverted friends emerged from the con refreshed and happy. I had a great time at all the panels and got some new sketches for my “draw your favorite Robin” notebook, but perhaps the best part was seeing all the great costumes! Straight from the TMS Twitter, here are some standouts.

I think these cosplayers are some kind of metaphor. #flamecon2 pic.twitter.com/LPUSNi3vso

We found a Crewniverse! (check out that Lion!) #flamecon2 pic.twitter.com/d0yggYqRJ3

Did you go to Flame Con this year? Have a favorite cosplay from the show (or want to post your own that we missed)? Leave a note in the comments!