"Trans women have a tendency to be sexualized and fetishized, and what I loved about this story was that it was essentially the opposite of that." 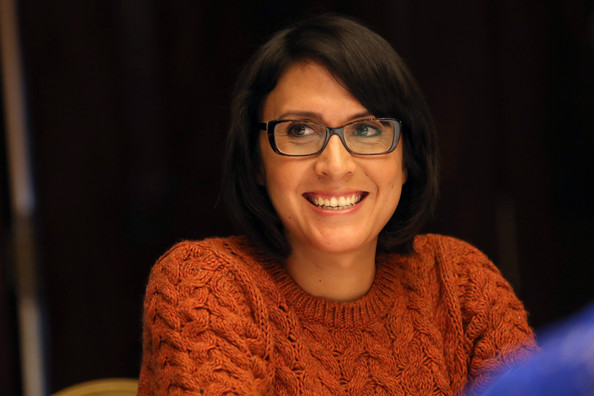 We’ve told you about Her Story (the upcoming digital series that’s by trans and queer women, for trans and queer women – not the video game!), and we recently spoke with the show’s writer/producer/star, Jen Richards. TMS also had the chance to speak exclusively with Her Story‘s director, Sydney Freeland, about the importance of trans artists telling trans stories.

Teresa Jusino (TMS): What made you decide to take a project like this on and made you say “I have to direct this”?

Sydney Freeland: Trans women have a tendency to be sexualized and fetishized, and what I loved about this story was that it was essentially the opposite of that. At its heart, it was about two people getting to know each other. It was sort of like, wow, I didn’t know I wanted this but now I want to be a part of it.

TMS: How did you approach Jen and Laura’s scripts as a director? What elements of the story were the most important to you? What’s the experience you hope audiences have while watching?

Freeland: To me it was first and foremost a love story, and that dictated my approach to the material. For example, we went with a color palette that had a warmer feel to it. We tried to incorporate lots of reds, yellows, pinks, and purples (as opposed to blacks) in everything from lighting to wardrobe.

TMS: There seems to be a lot of diversity in Her Story (one of the leads is a woman of color, there are queer trans women represented as well as queer cis women, etc). Was that intentional from the beginning, or was that something that evolved as you gathered your cast/team?

Freeland: I think the only thing that was set in stone was that any Trans character had to be played by a Trans actor. Other than that, we just tried to be open to casting whoever was right for a particular role.

TMS: What do you hope people get out of Her Story? What’s the takeaway you hope they end the series with?

Freeland: My hope is that someone who isn’t necessarily Trans or Lesbian is able find something in the story they can relate to.

TMS: Is it possible for a cis person to tell a story about trans characters? If not, why? If so, what would need to happen in order for it to be a good, accurate portrayal?

Freeland: Well, I’m Transgendered but also I’m also Native American [Ed. Note: Navajo], and this is an ongoing conversation in that community as well. The overall question being, “Can someone who is not from one community write about another”? I don’t think there’s a simple answer, but I do think it’s crucial that a community has the opportunity to tell their own stories.

TMS: What do you think it would take for there to be more trans directors creating work like this? Obviously it’s already happening, but not necessarily at the Hollywood level the way it should. How can studios/production companies/fellow filmmakers nurture trans talent so that more of their stories can be told?

Freeland: I am extremely grateful for an organization like The Sundance Institute. They have programs set up specifically for supporting diverse voices and it’s programs like their labs (Native, Screenwriting, Directing) that gave me a lot of the tools needed for working in the film industry.

There are 5 days left in Her Story‘s IndieGoGo campaign to support their post-production costs, and they are 70% funded. If you believe in this project, make sure you check that out, and share/back it if you can!