The Slow West star talks about being a bad ass in the old west. 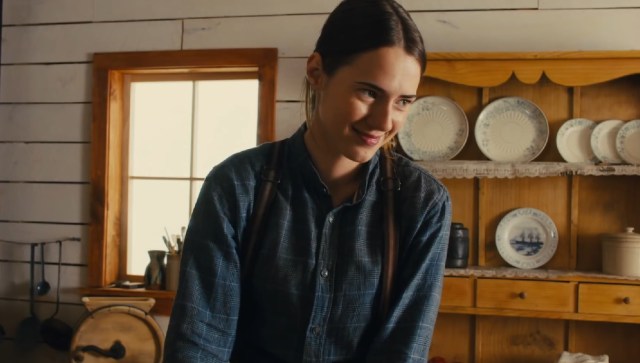 Caren Pistorius is an actress already known for her work in New Zealand, including the series The Blue Rose and Offspring. But this year she’s breaking through on the international market in the new film Slow West, a darkly comic twist on the Western costarring Michael Fassbender, Kodi Smit-McPhee, Ben Mendelsohn, and Rory McCann. Among these heavy hitting male actors, Pistorius is one of the only women in the cast, starring as Rose Ross, a Scottish immigrant with a bounty on her head. But don’t expect Pistorius’s Rose to be a damsel in distress in the new movie from first time feature director John Maclean. Pistorius spoke from New Zealand about the film and her fascinating character.

Lesley Coffin (TMS): When I spoke with John, we touched on the fact that Rose is kind of the smartest one among everyone else in the movie. What were your initial impressions of Rose as a character?

Pistorius: It was funny because I didn’t see her as the smartest one, but I did see her as being very practical and a really hard working girl. And she comes from Scotland and is very close to her father who is very strict with her but loving as well. She’s just a tough cookie. Those were the things that stood out for me, rather than her smarts, because I think she just has good instincts and is fighting for her life. But she was really appeal to me personally. The character description I had been given were that she was going from being a civil maid to a fighter, a common girl who becomes a woman. And I thought that was cool.

TMS: I think that is a great description of her because we really see that transformation in the film, and even the way she interacts with the men in her life. Rose’s relationship with Jay (Smit-McPhee) at the beginning is nothing like the relationship she has with Kotori (Kalani Queypo) at the end of the film.

Pistorius: And I think that with Jay, they have a very special relationship because in Scotland she’s very isolated and very driven to provide for herself and her father. He does provide for his family, but she’s taken over the role of mother in the house, so she’s a hard working girl. So when Jay comes along, they have this really lovely friendship that just blossoms for Rose. And I think having him around was very fun for Rose. And it was so much fun for me to play, and such a contrast from what she’s like in America. She’s gone through a lot off screen to be in the place we see her with her father and Kotori.

TMS: Did you think about the backstory about what those months between leaving Scotland and when she sees Jay again would have been like?

Pistorius: Yeah, and I really related to that part of her story because I was born in South Africa and moved to New Zealand when I was 12, so could totally relate to the feeling of displacement and having to find your feet in a new country. And I think that move adds a layer to her, and she has become very stoic because she has been through a lot in that time between that we don’t see. 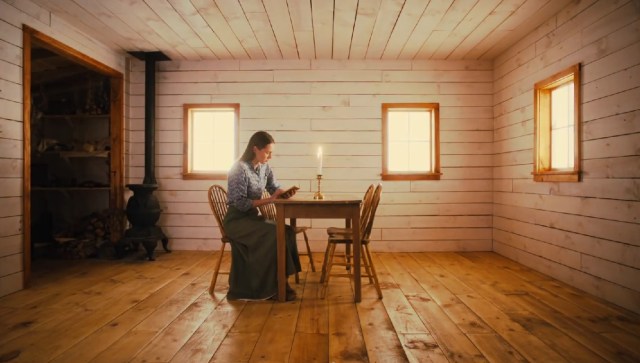 TMS: Did you play the character any differently when we see Jay’s fantasy of Rose, compared to when we see her in reality?

Pistorius: Yeah, I focused on playing Rose as being as nurturing as possible, in Jay’s eyes, because I thought of this idea of what Rose would be like in Jay’s mind in the future. His ideal version of her, would be this kind of nurturing mother. Because I also thought about what he lacked, which was his mother, so that would be what he desired in a woman. I thought about those things when playing those scenes. And the stuff in Scotland, I played a lot more playful and youthful.

TMS: The cast has some pretty impressive names and you were sort of the newcomer, in terms of doing movies. Was there any time when you were intimidated by the cast you were surrounded by?

Pistorius: On paper, it would have made sense for me to be intimidated. But everyone was just so lovely and down to earth, it was impossible to feel intimidated. I walked on set and just felt immediately at home and everyone was so welcoming. I actually never felt intimidated and it was probably the loveliest set I’ve ever worked on.

TMS: Did John have you look at any classic westerns before starting the film for reference?

Pistorius: John had a lot of reference films and I went and dug them up at my little video store down the road. Films like Once Upon A Time in the West and Wild Strawberries, so many more. Lot of Akira Kurosawa films. But I was also asked to watch The Passion of Joan of Arc for my character. So those gave me good references, and John also played some incredible music for me. It wasn’t music he was going to use, but it was the most riveting, beautiful music. I actually thought he was going to use it in the film, but he didn’t, probably because it would have been overpowering. It was quite inspiring and I really need to get a copy of it. But at the end of the day you just have to let go of everything and be present when doing the scene.

TMS: Were you comfortable doing the shoot em up scenes and handling the guns?

Pistorius: As a kid, I shot little guns, so I thought I’d be really comfortable doing this. But when it came to doing the scenes, even though they were just blanks, I found the revolver really jolting. I found it hard to work with that one and didn’t feel very comfortable with it, or as comfortable as I thought I would. But with the big shot gun… I felt pretty kick ass with that one. How can you not, it is an incredible piece of armory. I really had fun. It felt like being in the backyard as a kid playing cowboys and indians with my brother and his friends. And I did use to do that. It was a whole lot of fun. 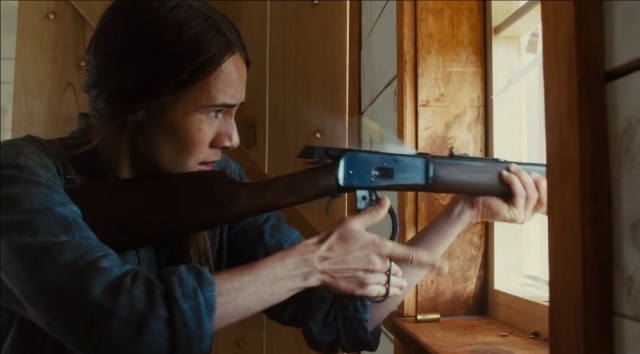 TMS: There is a running joke that Rose just can’t firm up butter. Did you think that was meant to say something deeper about her character?

Pistorius: I thought, she was kind of born into this world and required to do the things her mother would have done and she has to just take over that role of homemaker. But for the life of her, she just can’t do this one simple thing. So I just thought it was very humorous and sweet, but I don’t think we ever talked about if it symbolized anything. But I saw her as being sort of an outdoorsy person, someone who loves being outside and active. And her being inside doing the housework is something which has been imposed on her and isn’t her choice. Yet, she’s mastered everything she’s required to do, except this one thing.

TMS: I really got that sense that she was outdoorsy, just from the clothing she wore. Did the wardrobe inform your character at all?

Pistorius: Yes. Her clothing came down to a couple of things. For one, they have a bounty on their head, so there was an element of her being in disguise as a boy. But she also wants to be extremely practical. She has her own horse in America, so it wouldn’t be practical for her to ride in a dress. But even in Scotland, even though she wears a frock, it wasn’t something dainty. It was a very practical one she could move around in. So the wardrobe was definitely a reflection of how hands on she likes to be.