The Mary Sue’s Favorite Comments of the Week: Unbeatable! The Squirrel Girl Is Strong as Hell

The mashup art so nice we posted it twice. And Venerable Monk’s version of the theme song to go with it: 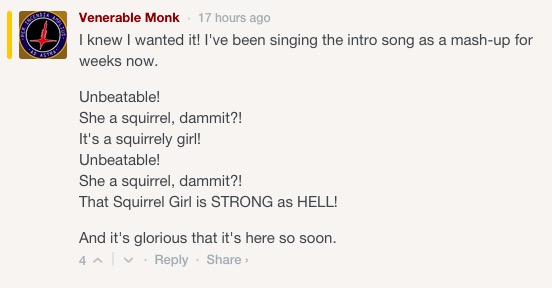 Even if you’re not Catholic/religious, you may have noticed that their new pope has been killing it recently, and now he’s calling the gender pay gap a “pure scandal.” Scarlet Sasquatch is on board with this modern reimagining of Catholicism: “This edgy reboot of Catholicism is long overdue. Yeah, its not perfect so far, but it shows promise. I say we wait and see how season two turns out.”

Some people are not so excited about fun new developments because there’s only so much ice cream to go around! A redrawn bathroom sign so that the female figure is wearing a superhero cape instead of a dress made a commenter who will not be named wonder where that same consideration was for the men! The original comment was deleted, but the responses are worth it: 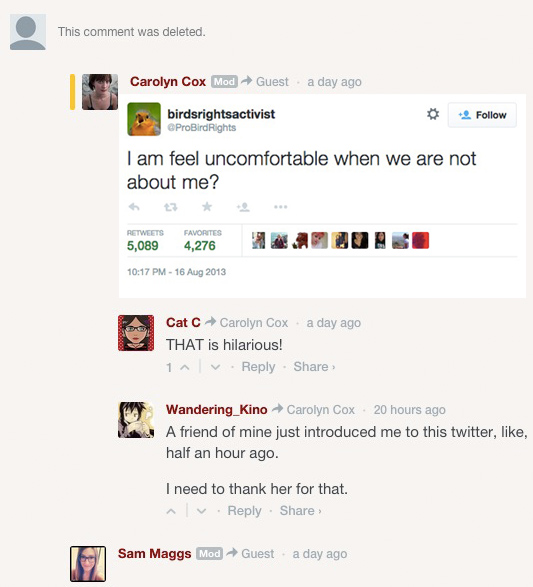 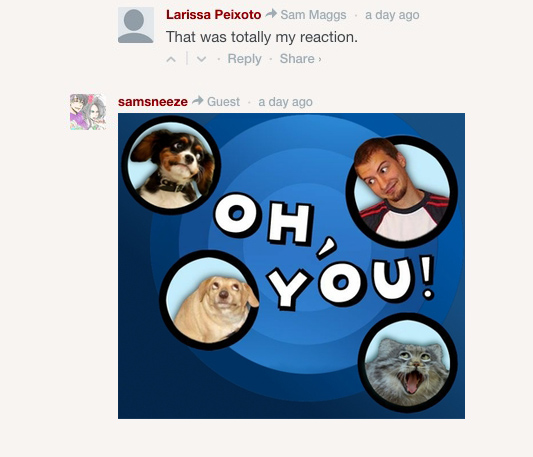 OK yeah, most of that was the TMS staff’s doing, but it brought us too much joy not to include here. Spinly did sum up the ridiculousness of the entire argument that boys might not feel like they could also be superheroes, though: “Poor things. Whatever will guys do without capes of their own? *inserts all of Avengers: Age of Ultron merchandise *”

In this week’s spirit of mashup artwork, where is all the Orphan Black/Breaking Bad stuff, Internet? Get your head in the game!

And finally, we found out that one of our favorite Jurassic Park characters is coming back for one last job in Jurassic World, and it’s a safe bet we’re all pretty much on the same page with how that should go down. 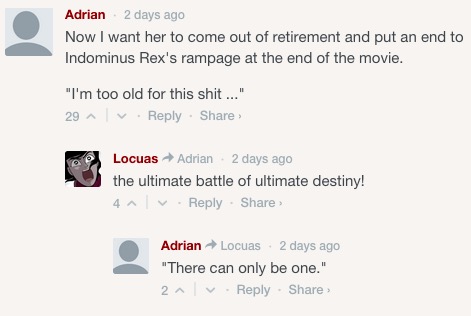