You (Yes, You!) Can Get A Singing Telegram From Titus Andronicus Frontman Patrick Stickles

You can get a CD, a T-shirt, or a singing telegram from the lead singer from the the band's online store. 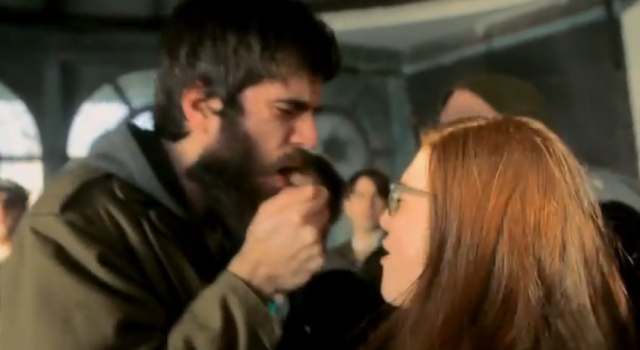 You all have checked out Titus Andronicus, right? No, not the ultra-violent Shakespeare play — though fairness where it’s due, Julie Taymor’s adaptation of that work is amazing and totally worth your time. The Titus Andronicus we’re talking about it the Brooklyn-based, Jersey-bred rock outfit whose third full-length, Local Business, was one of the best reviewed releases of 2012. That’s no surprise, as it comes on the heels of two other critically acclaimed and totally excellent albums, The Airing of Grievances and The Monitor. What is surprising is the latest piece of merchandise — if you can call it that? —  that appeared on the band’s site recently. For just $50, frontman Patrick Stickles will come to your house and sing you a song, so long as you live in New Jersey, New York, or Long Island.

The cost for a singing telegram from Stickles jumps to $100 in the further flung areas of New Jersey, Long Island, or Staten Island. But, the offer, while weird, is also completely awesome, and it’s not hard to believe it’s legit. After all, this is the band that made the video for their anthemic “No Future Part Three: Escape From No Future” by filming a series of impromptu shows up and down the state of New Jersey.

They’re also a band that does things like write epic three-part songs that come together over the span of multiple records and puts together concept albums about the Civil War for their sophomore release, so a weird idea or two on their merch page — and there are two, if you count the “personalized drawing of whatever” also available for just $5 — perhaps shouldn’t come as much of a surprise.

For the $50, Stickles will sing you any song except the band’s boozy “Theme From Cheers,” which they’ve recently stopped playing live. As for whether he’d sing a non-Titus song, your guess is as good as ours. There’s only one way to find out, I guess. My recommendation? Try and get Stickles to cover the Rolling Stones classic “Brown Sugar.” It’s amazing, and yes, of course I’m prepared to back that up with proof.