Titans Exposes the Truth About Slade, Jericho, & the OG Titans … and That Dick Is a Dick 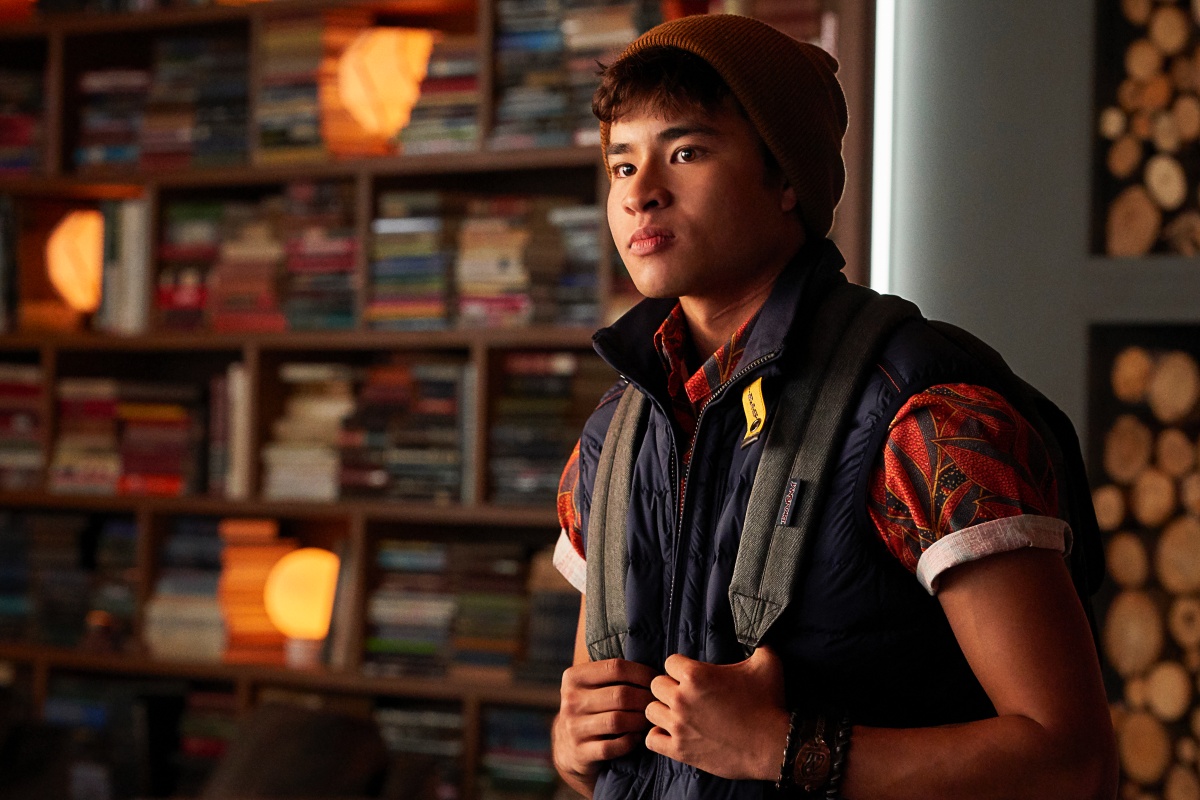 Despite the massive unevenness of this season of DC Universe’s Titans, the show has done a really good job of making its flashback episodes interesting, including this one. We knew from previous episodes that the Titans, especially Dick, were heavily involved with what happened to Jericho after Slade killed Aqualad. With episode eight, we discover the truth, and honestly … it makes Dick a massive dick.

The Titians have been using Jericho and his need for friendship to get closer to his father, Slade Wilson. Jericho strongly desires those bonds of friendship, and it leads to the young boy making a noble sacrifice to save Dick from Deathstroke by jumping in front of his father’s blade. It’s a deeply emotional moment soured by the fact that it shouldn’t have gotten that far, and Dick, of all people, shouldn’t have gone there.

Throughout the episode, Dawn and her wig are trying to tell Dick that this has gone on far too long, but Dick and Donna want to get as much information as they can before pulling the plug. During a night out, Jericho explains that his father was a war hero who was experimented on. It sets up that Slade was an excellent killing machine, but seemed to have a lot of love for his wife and son despite being gone a lot of the time.

After he retired from the military, Slade became an assassin for hire, which meant he was gone for even longer stretches of time. It all comes to a head when, after coming home from a mission, he finds Adeline and Jericho being held hostage by mercenaries. Slade is able to free Adeline, but one of the men manages to slit Jericho’s throat, severing his vocal cords. This causes Slade to vanish into the wind.

Using this information, the Titans (in their … day clothes) to visit Slade’s accomplice, Wintergreen, only to find his house abandoned. Wintergreen tips Slade off about this, putting the Titans further in his sights. We find out that, despite killing Aqualad, the supehero wasn’t the target; it was Donna’s handler. After Wintergreen is a bust, they decide to cut ties with Jericho, but when Dick sees the boy use his mind control powers, they decide to take him, but Dawn only agrees if they tell him the whole truth.

It’s hard for me to see this action as inherently a kindness. With who his father is, just bringing him into that world, one where their friend just died weeks ago, seems foolish and cruel.

Jericho leaves is mother, angry at her for lying, and she reaches out to Slade, telling him to fix it. Slade sends Jericho a note saying to meet him at a location. Despite everything he’s been told, Jericho does still love his father, and with Dick’s blessing, he leaves. Sadly, Slade is also a dick and knows the Titans will come for him regardless, and finishes his job of killing the Amazon while also luring Donna into a trap. After almost killing her, Dick suits up and confronts Slade, leading to the aforementioned “death” of Jericho.

The episode doesn’t show the immediate aftermath of Dick’s fight with Deathstroke, but then it cuts to Dawn and Hank leaving the Tower, and Donna heading to New York, all disillusioned by everything that has happened. We very clearly understand why Deathstroke’s back and hellbent on killing these people, why they are so mixed on Rose, and why the OG Titans broke up the band.

It’s a satisfying episode, but again, I question just how stuffed all this season has been. I feel like all the characters are developing at a snail’s pace, with Kory and Gar suffering the most. I love Jason, my sweet boy, but I feel like every other episode has to stop the flow of the plot to bring several strings together.

Also, Donna Troy being taken down so easily by Slade Wilson is a disgrace, and I was shocked and appalled. Donna is an Amazon! It was especially jarring because Dick lasted slightly longer, and we can’t even blame it on Donna being emotional, because Slade taunts Robin saying that the Boy Wonder is emotional and lacks control. Just how strong is he in this incarnation?

What did y’all think of the episode?