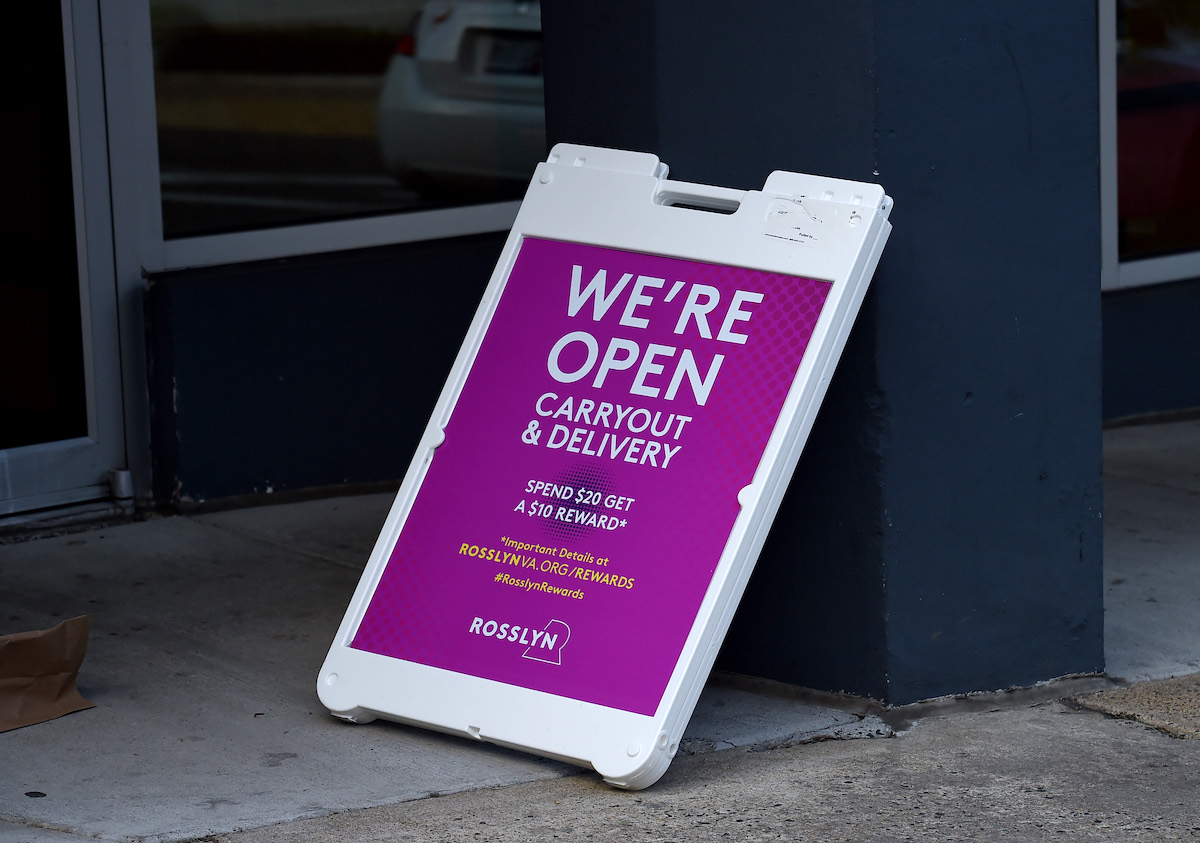 Right now, companies like UberEats, Drizly, Instacart and other delivery services are some of the only businesses really thriving. As people can’t or choose not to leave their homes (which is the best choice!), they’re relying on these sorts of services to bring them the essentials they need and luxuries keeping them comfortable. But while the companies themselves might be doing well, that success doesn’t trickle down to the people on the front lines.

Yes, some of these companies have been making adjustments for their workers. Postmates introduced a “relief fund” for drivers. Multiple companies have waived commissions they get from restaurants. But the base pay for deliveries is still abysmally low and drivers rely on tips to bring their average pay up to a decent level. So not tipping your food or grocery delivery person was never okay but now? When those workers are literally risking their health and possibly their lives to save you a trip out? Absolutely not.

Apparently, not everyone has gotten that memo. One DoorDash driver told HuffPost that a lot of customers are still tipping $2 or $4, if they tip at all, which many don’t. Here’s what one guy who delivers for DoorDash, Uber Eats, and Postmates all at once (a common practice, if not encouraged by the companies) told Vice last month:

I thought that most people would be appreciative of me for doing this. I thought I’d be getting fat-ass tips. I’m not getting fat-ass tips. I don’t even think people are thinking about it. Maybe for them the switch is, they would have gone out to lunch or dinner, but now they have to settle for fucking delivery. Or the people who might have usually gotten delivery are now cooking. There’s a whole hierarchy of disappointed diners, I’m sure of it.

I’ve had maybe one or two that said, “Thank you, Matt,” and used my name, which was new and nice. But more often than not, I think they want me gone because they’re worried I’m going to infect them.

I worked as a driver for one of these companies on weekends for a good portion of last year, just to make some extra cash and the pay actually isn’t terrible–if everything works in your favor. Meaning if people tip decently and if the occasional person tips generously.

Here’s what I learned doing that job:

The base pay when I was working was somewhere around $3-4 a delivery (I remember they lowered it while I was working but I can’t remember the exact amount.) There are also linked or bundled deliveries, where you pick up multiple orders at once or from different restaurants near each other before delivering, which pays less per trip but increases your drop-offs, making tips even more important to a driver’s hourly average.

During peak times, I would usually make about two deliveries an hour. Three an hour was a very good night. One was a waste of time. I’d usually walk away having made averaged $8 or $10 hour of base pay. Even with a car in good condition with great gas mileage in a city where gas prices are super low (I said everything has to work in your favor), that’s just not worth the time and energy. But when people tipped decently, that number usually doubled and frequently tripled.

Even that isn’t enough to compensate the workers out making those trips right now. That HuffPost article recommends upping whatever your usual tip is by 5%. So if you’re a 15% tipper, go up to 20%, etc.

I’ll offer one insight from my time driving, but know that this is just my own opinion from my own time (weigh in in the comments if you do this work and agree/disagree!): Percentages aren’t really the best way to tip your deliverers, at least not for food deliveries. It seems like it would make more sense for grocery delivery services, but I can’t speak to that.

But for food deliveries, if you order $200 worth of pizzas and want to tip a generous 20%, please do! But if you order $10 worth of Chipotle, your $2 is not enough, definitely not right now. Because those two trips took that driver the same amount of time and likely weren’t that different in the amounts of effort. (Yes, a little heavier of a load to carry to and from the car, but that’s it.)

Again, this is just my opinion, but I recommend thinking about the work your delivery person put into bringing you your items and pay based on that rather than a percentage. How far away was the restaurant or store from your home or delivery location? How long did they have to wait for the items? (Some restaurants–especially fast food, which might not seem like they warrant a higher tip–make the drivers order in person, so they have to wait longer, bringing down their hourly average.) There are some restaurants I love but I only order for delivery because it’s always too loud/crowded/hot/whatever for me to want to go to myself. So pay extra for making someone else do that!

My advice would be to pick a base minimum that you tip for small, easy, close deliveries (at least $5 is a good starting point) and never go below that but build up as warranted.  Then, and I know not everyone is able to do this but if you can, during the coronavirus pandemic, double that amount.

Something else making the question of how much to tip even more confusing is that all the companies are different. They have different pay structures and for some, the rating you give affects the driver’s status while for others, it’s a rating of the service itself.

Obviously, the real solution here would be for these companies to restructure and pay their employees better and offer better benefits. But now is not the time to take a stand against those companies by not tipping if you’re still using the services. Only the workers at the bottom suffer then. So if you’re going to rely on a stranger to bring you the things you need or want, just tip and rate well.