Liz Lemon and Leslie Knope might have a Galentine's all their own in possible crossover spinoff. 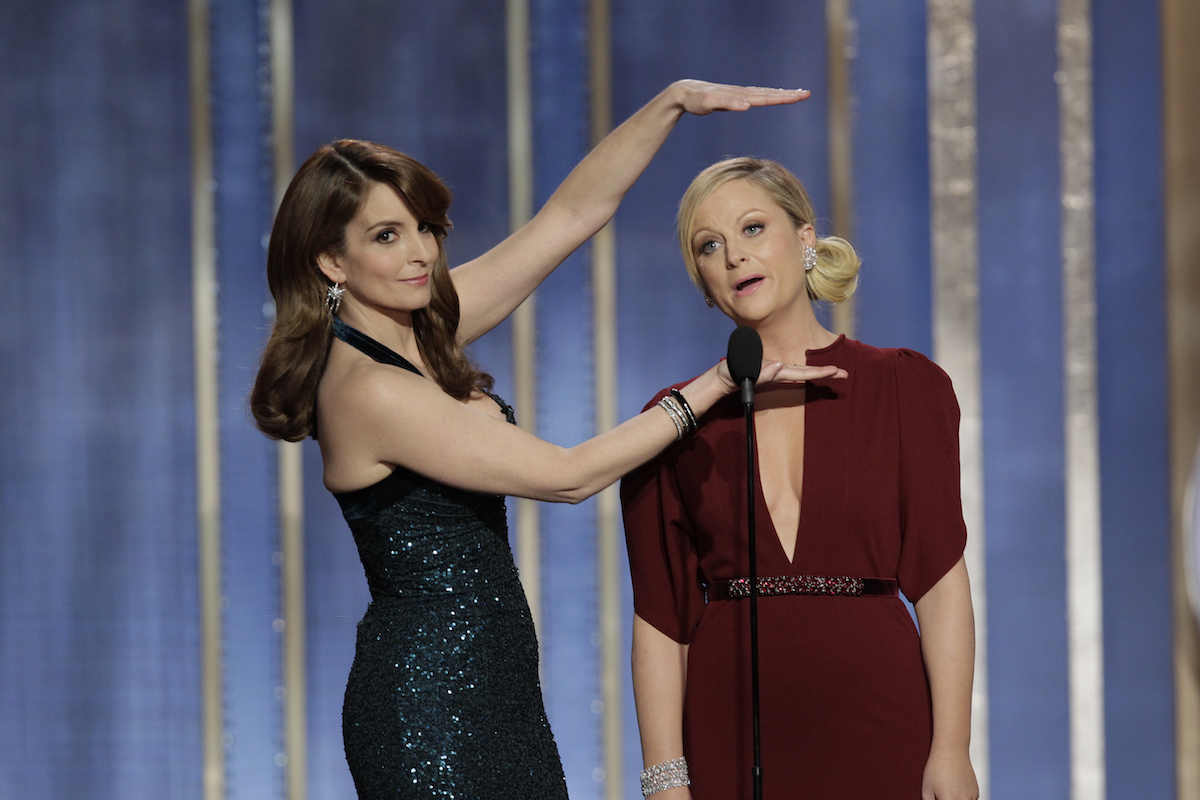 We’re up to our ears in revivals and reboots, but what we’re really hungry for is a good ol’ fashion spinoff, right? Well, how about a crossover? In the best news I’ve heard all year, Parks and Recreation‘s Leslie Knope and 30 Rock’s Liz Lemon might team up for the crossover spinoff dreams are made of.

On the Tony’s red carpet this weekend, Tina Fey told Entertainment Tonight that 30 Rock probably won’t be on the long list of shows getting revived, but she had an even better idea. “Amy’s (Poehler) willing to do a Parks & Rec reboot,” Fey said. “Maybe we should just do a Liz Lemon, Leslie Knope spinoff.”

Can you imagine? I don’t think there is a pair of television characters better than a Knope/Lemon duo. Except maybe a Cloris Leachman/ Betty White series, but I can just watch Mary Tyler Moore reruns for that to tide me over.

We all ready know how great Fey and Amy Poehler are together (think Weekend Update, Golden Globes, their publicized group chats), but I can’t imagine what a Lemon/Knope series would look like. Would they be friends? Would they eat waffles together? Where would it take place? Is Knope president? Honestly, so many questions and I hope that they get answered soon (if we can make this dream a reality sooner-rather-than-later, I would be very grateful).

In the meantime, while Fey and Poehler work out their business, there is a possibility for Parks and Rec to make it back to our screens, well on one major condition. During a May 24 appearance on The Ellen DeGeneres Show, Poehler and former co-star Nick Offerman said they’s be open to a Parks and Rec reboot, but only if Beyonce signs on.

“Yeah, we just had a fitting earlier,” Offerman joked to DeGeneres. “We said that if Beyoncé will play the mayor, we’ll bring the show back. This is Beyoncé Knowles. The singer. The entertainer.”

Even without Beyoncé, Poehler said that she would be totally game for bringing the show back. “Oh my God,” she said. “I know, I’ll speak for everybody and say we would all do it. I think we’d all do it someday. It would be amazing.”

I am praying for some Knope/Lemon action, but I would not be at all mad about more Parks and Rec. Actually, I am going to be greedy here, give me all of it!

What do you think the Knope/Lemon series should be about?