HBO Max Is Here, Time For Everyone to Watch Doom Patrol 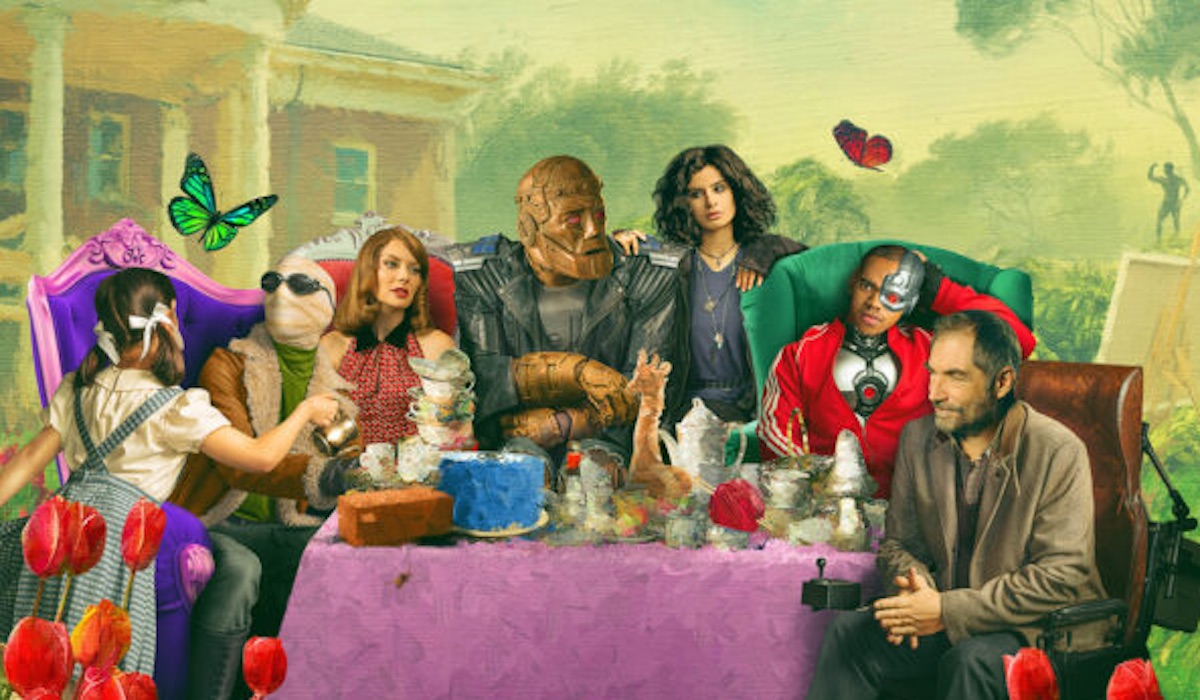 HBO Max launched yesterday, just in time for pandemic viewing. While the new streaming platform from Warner Media is set up to compete with youth-dedicated platforms like Disney+, it has a different, more adult flavor of offerings that are more in line with the HBO brand (but also, Looney Tunes). There are a wealth of classic films and new offerings, but the series that I’m most excited about, and that I want you to be the most excited about, is probably also the weirdest: Doom Patrol.

Doom Patrol premiered last year on the DC Universe service and quickly became one of my favorite superhero shows. Like so many of my faves (Supernatural, Legends of Tomorrow), it’s a show where describing plot points of various episodes makes me sound like I’ve had a complete break with reality. The heroes get swallowed by a magic, farting donkey. There’s a sentient, genderqueer street that’s also a pocket dimension. Some bad guys get devoured by a flock of man-eating butts.

Yeah. It’s that weird, but it’s weirdness that is earned and entertaining and just downright good. The series follows a group of misfits brought together by the Chief (Timothy Dalton): Cliff Steele, a.k.a. Robot Man, played by Brendan Fraser in voice and in pre-robot flashbacks, Rita Farr (April Bowlby), a starlet who can stretch and go mega-blob, Larry Trainor (Matt Bomer) a gay pilot who is inhabited by a strange celestial spirit, Victor Stone aka Cyborg (Jovian Wade), who is, well, a cyborg, and Crazy Jane (Diane Guerrero) who has 64 personalities, all with different superpowers.

Doom Patrol is nearly impossible to describe and explain, which is what makes it great. It’s more than a superhero team-up show, it’s a surreal, forth wall-shattering comic mediation on trauma and grief and power. It’s funny and moving and incredibly inventive and now that it’s on HBO Max, it’s the perfect time to catch up.

The very fact that Doom Patrol is on HBO Max, and not still on DC Universe, says a lot about the show. It’s so good and so unique it deserves this huge platform and it’s a gift from the TV gods that HBO Max made it possible for it to have a second season that a larger audience can enjoy.

The full first season of Doom Patrol is already streaming on HBO Max. Season two will launch in less than a month on June 25th, with new episodes dropping weekly. That means all 15 episodes are available right now for you to enjoy, and I do think you’ll enjoy them. If you’ve finished Watchmen and need something equally great, gloriously queer, and mind-bendingly strange, you have to check out this show and so we’re all ready to take on season two together.

There’s a lot to explore and enjoy on HBO Max, but if you want to dive right into it’s most unique and entertaining offering, Doom Patrol is the way to go.