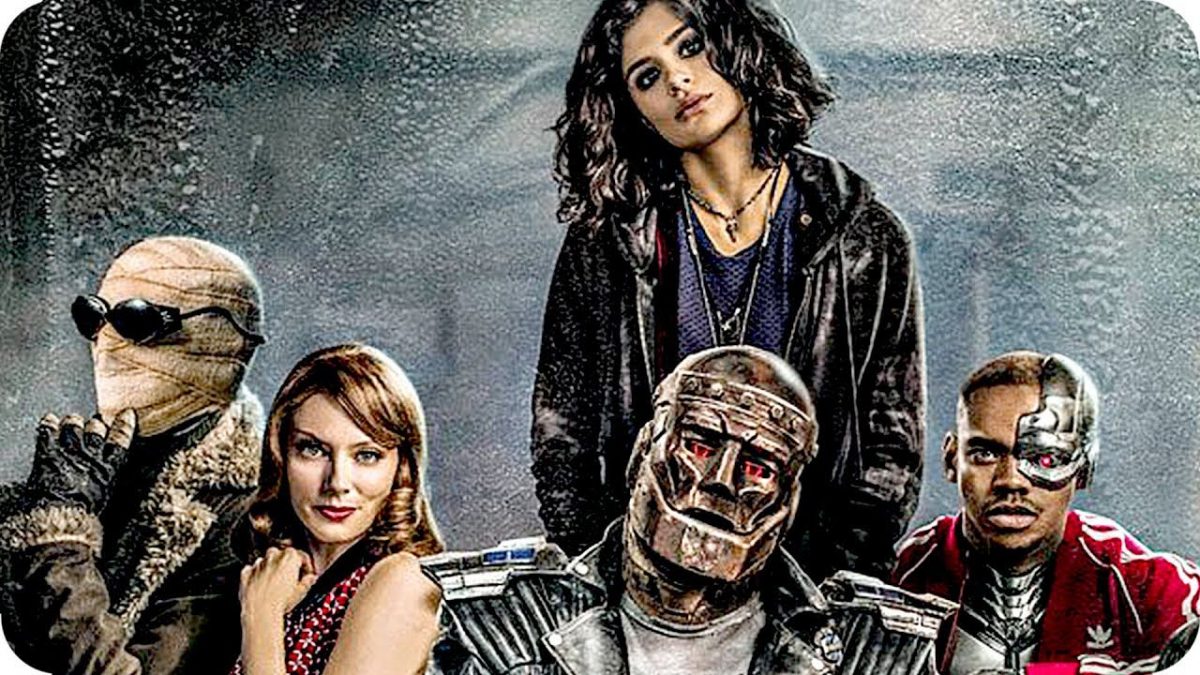 There’s no novelty anymore in hearing a superhero say “fuck,” or seeing said heroes embody that word onscreen, if you know what I mean.

We’ve all seen Deadpool, some of us have seen Watchmen, and a few of us have seen Titans. It’s no longer enough to have meta humans in cool costumes say dirty words or do bad things anymore, because edgy for the sake of edgy is just boring.

That was the major problem of Titans, the first original live action series from the DC Universe streaming service. It tried so very hard to be mature and ended up gratuitous and dull as a result. DCU’s second live-action outing, Doom Patrol, does a far better job crafting a grownup superhero narrative while keeping the characters vibrant and actually daring to have some fun. It’s funny, irreverent, and a very human take on the genre that I seriously enjoyed.

Spun off from Titans (though you don’t need to watch Titans to enjoy it), and developed by former Supernatural showrunner Jeremy Carver, Doom Patrol is way more Deadpool than Dark Knight, and thank god for that. It’s doesn’t go as far as Deadpool into comedy, and that allows for some real emotional moments among all the action and weirdness. It’s a hard balance to achieve, but in the first few episodes, they get there.

Doom Patrol, as a show, is certainly absurd and very aware of its absurdity. The series is narrated with fourth-wall breaking verve by the villain, Mr. Nobody, played with gleeful relish by Alan Tudyk. The narration is self-effacing and incredibly fun, and Tudyk is obviously having the time of his life doing it.

The device makes room for lots of backstory and humor that assures Doom Patrol never takes itself too seriously, with more than one wink at the grimdark gravitas of DC films. Super-producer Greg Berlanti also has a hand in the show, which might account for some similarities to the best superhero show on network television, Legends of Tomorrow, in the sense that it’s about a group of screwups and misfits who nevertheless become heroes—or at least try.

Doom Patrol touts the titular band of supers as more of a support group than a super-team, and that’s a good description of how the ensemble works. Niles Caulder (Timothy Dalton), also known as “The Chief,” collects and creates powerful individuals in his lonely manor house in desolate Ohio. It’s more of a superhero Grey Gardens than it is the X-Mansion, full of sad, broken losers.

Our entry point to the group is Cliff Steele, a.k.a. Robot Man, played by Brendan Fraser in voice and in pre-robot flashbacks; on set, the character was portrayed by Riley Shanahan. He starts the pilot as a racecar driver with an adultery problem, but after some very bad automotive luck, ends up as a just a brain in a robot created by The Chief.

Cliff’s companions in the Doom domicile are: Rita Farr (April Bowlby), a 1950s starlet who turns into a giant blob when she’s stressed (this sounds like what happens to me when I’m anxious, too, but for Rita, it’s literal), and Larry Trainor (Matt Bomer in voice and flashbacks, and Matthew Zuk on set behind the mask), a former NASA pilot covered in burns and sharing his body with a mysterious alien energy being. Larry and Rita are happy as recluses, ashamed of their freakish nature and content to shut out the world, but Cliff had a family, and his relationship to them, or at least their memory, provides much of the groundwork for his emotional arc.

Cliff is the surprising heart of the show. Fraser’s voice acting is excellent, and along with Shanahan’s physical work, they bring enormous pathos and humor to a character that could very easily be cliché, unlikable, or annoying. The best relationship on the show is between Cliff and “Crazy” Jane, played by Diane Guerrero, who is flat out amazing as Jane and her 64 other personalities, all of which have different powers.

Things really get going for Cliff, and the group, when Jane shows up, by the way—and by get going, I mean a trip into the normal world goes disastrously and hilariously wrong, and the patrol ends up in Mr. Nobody’s crosshairs. You’d think things might get better when an actual superhero shows up in episode two, in the form of Victor Stone, a.k.a. Cyborg (Joivan Wade), but … these guys are still working on becoming heroes, so Cyborg isn’t actually very helpful. He is fun, though, and Wade packs more energy and charisma into his first scene than we saw from his cinematic counterpart in the entirety of the Justice League movie.

Bad things happen, and this ragtag group of misfits has to grow, learn to control their powers, and work as a team, and even though it’s a well-trod story, it’s done well. Doom Patrol has a lot of weirdness, but it’s also about some very screwed up, lonely people working through their issues together, and succeeds with surprising deftness as it shifts from self-referential humor to real dives into loss and trauma.

I loved the connections that developed between all these lost souls, even in the first few episodes, and the complex psychology all the characters deal with. Larry was closeted in the ’60s, Rita had some obvious issues with looks, Victor is dealing with a controlling parent in the most literal way possible, and Cliff has to cope with the loss his own mistakes brought on.

What happened to Jane to make her this way looks to be a key mystery that I’m excited to see more of, and the same goes for the ageless Chief. Every character is compelling, and you end up really wanting to see them grow and succeed.

The strength of Doom Patrol is how the fun balances so well with the adult, dark elements, and none of that would work without both great writing and a stellar cast. I don’t think you can get better than Alan Tudyk, Timothy Dalton, or Brendan Fraser, who are all fantastic, but Guerrero is the true scene stealer, moving effortlessly from persona to persona. It’s a weird, wild ride so far, and if you have DCU or have been considering it, Doom Patrol is definitely worth checking out.