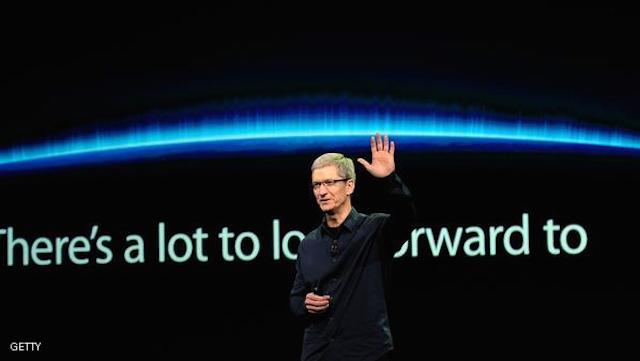 Apple CEO Tim Cook hasn’t been hiding his sexuality in his personal or business life, but he’s never publicly acknowledged it—until now. In a personal essay published today by BusinessWeek, Cook says he’s “proud to be gay,” and we’re pretty proud of him, too.

Of course, it would be great if we lived in a world where no one felt compelled to publicly express their sexuality and everyone just assumed they were proud of it, but we’re not there yet. In fact, in many states you could still legally be fired for doing the same thing. As Cook put it:

… I believe deeply in the words of Dr. Martin Luther King, who said: “Life’s most persistent and urgent question is, ‘What are you doing for others?’ ” I often challenge myself with that question, and I’ve come to realize that my desire for personal privacy has been holding me back from doing something more important. That’s what has led me to today.

While I have never denied my sexuality, I haven’t publicly acknowledged it either, until now. So let me be clear: I’m proud to be gay, and I consider being gay among the greatest gifts God has given me.

I don’t consider myself an activist, but I realize how much I’ve benefited from the sacrifice of others. So if hearing that the CEO of Apple is gay can help someone struggling to come to terms with who he or she is, or bring comfort to anyone who feels alone, or inspire people to insist on their equality, then it’s worth the trade-off with my own privacy.

Again, Cook’s sexuality hasn’t exactly been a secret, but proudly acknowledging it can mean so much to others who need inspiration and strong role models. Way to go, Tim Cook. We may not live in that perfect world yet, but the only way to get there is for people in today’s world to stand up and make statements like this.

Previously in standing up for what you believe in